Bug Squad
sitenum=63
Happenings in the insect world
Widow Skimmer Dragonfly: What a Treat to See

She probably eats a lot of mosquitoes.

After all, we just observed National Mosquito Control Awareness Week, June 21-27, didn't we?

We spotted this female widow skimmer dragonfly (Libellula luctuosa) on Friday morning, June 26 in the Ruth Risdon Storer Garden of the UC Davis Arboretum and Public Garden. She flashed her steel-blue coloring and her black basal-banded wings as she zig-zagged from one perch to the other, catching and consuming flying insects.

Naturalist-photographer Greg Kareofelas, an associate of the Bohart Museum of Entomology, UC Davis, identified the gender and confirmed the species. "I think this is a very good year for them," he told us. Last week he and a colleague observed many widow skimmers, both male and female, in West Davis.

"The species name means sorrowful or mournful, perhaps because the wings of both male and female seem to be draped in mourning crepe," according to BugGuide.Net. "Females and immature males have the same brown wing bands as the mature males, but not the whitish areas. Wings usually have a brown tip. A dorsal view of the abdomen shows a brown band at center with a yellow stripe running along each side."

Widow skimmers are found throughout the United States except for the Rocky Mountain region, says BugGuide.Net. Their range also includes southern Ontario and Quebec.

Locally, look for these dragonflies near Putah Creek, which flows through the 100-acre UC Davis Arboretum. These species are most commonly seen in the summer, and what a treat to see. 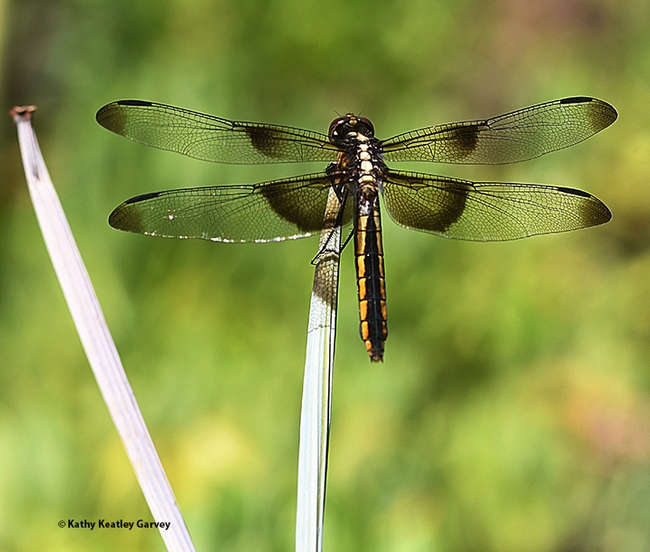 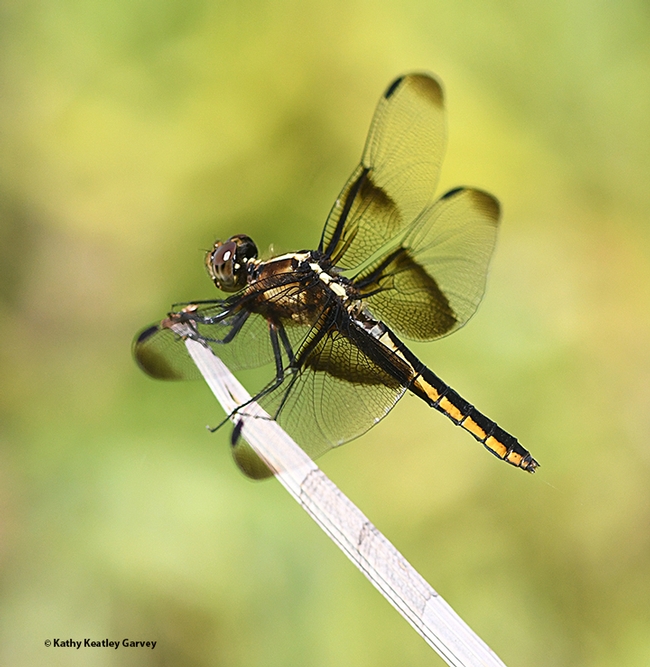