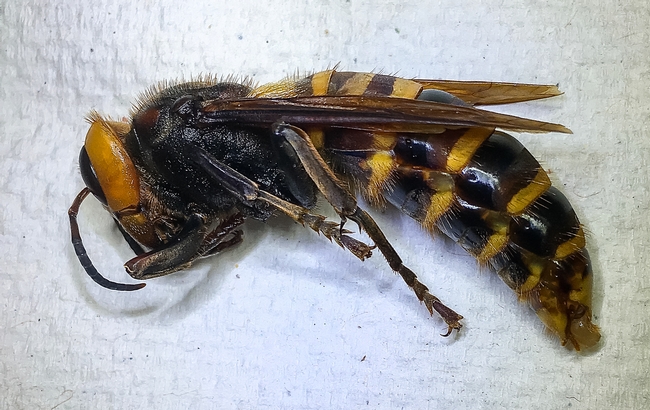 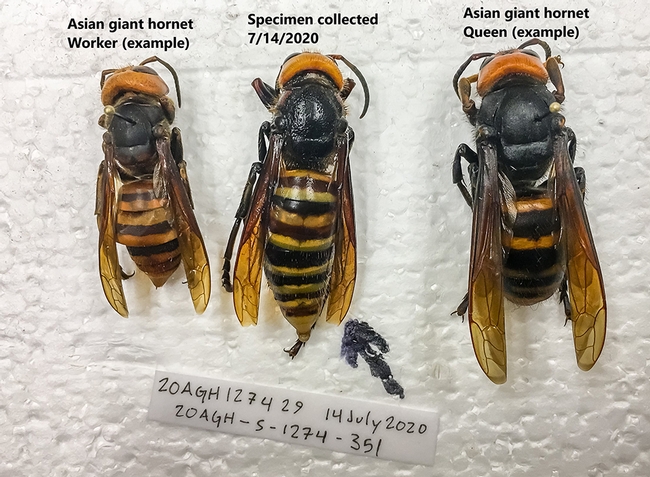 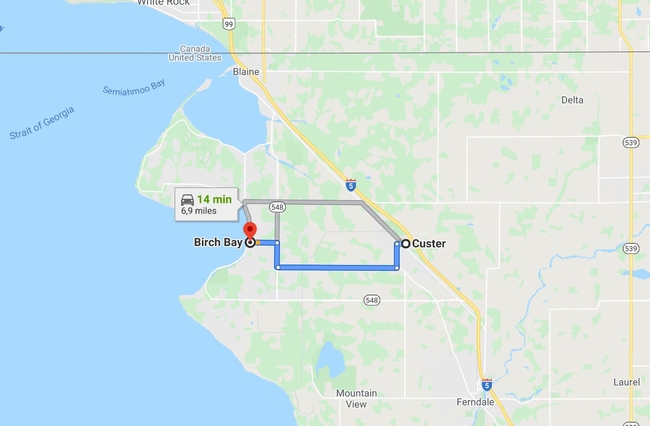 This map on Stephane De Greef's Facebook page, "Is This a Murder Hornet," shows the 10-mile radius where the Asian giant hornets were found. (Map courtesy of Stephane De Greef)
Focus Area Tags: Agriculture, Environment, Innovation, Natural Resources, Pest Management
Tags: Asian giant hornet (11), Lynn Kimsey (358), Stephane De Greef (2), Sven Spichiger (1), UC Davis Department of Entomology and Nematology (581), Vespa mandarinia (8), Washington State Department of Agriculture (2)
Comments: 2
Comments:
by Ann Dean
on August 1, 2020 at 3:14 PM
Thanks so much for your blog—great information. I would just like to point out that if “murder hornet” makes entomologists cringe, then “Asian hornet” makes activists cringe. Today in the United States, Asian Americans are being blamed for COVID, attacked and spit on in public places. Naming a dangerous “invasion” as Asian can perpetuate these kinds of attitudes. Maybe stick with the Latin name?

Thanks, Ann
by Kathy Keatley Garvey
on August 5, 2020 at 11:26 AM
Thanks for your comment. Yes, names are not the ones we'd pick. Indian hawthorn, German cockroach, American cockroach, European paper wasp, European wool carder bee, Irish midge. If you go to the Entomological Society of America's website, you can find common names and scientific names of insects. See https://www.entsoc.org/common-names
Leave a Reply: