Bug Squad
sitenum=63
Happenings in the insect world
This Is Not Our Planet. Whose Planet Is It? These jewel beetle specimens are a big draw at the Bohart Museum of Entomology at UC Davis. (Photo by Kathy Keatley Garvey)
Mention "beetles," and most folks think of that iconic English rock band from Liverpool. You know, John Lennon, Paul McCartney, George Harrison and Ringo Starr?

But to entomologists, "The Beatles," means "The Beetles."  You know, the ones with six legs and two antennae? A body comprised of a head, thorax, and abdomen?

"Beetles make up around 40% of all insect species ever described and around 25% of all animals," NPR teased. "Are there really that many different kinds of beetles, or do scientists have a strong pro-beetle bias?"

NPR's Nell Greenfieldboyd interviewed Rachel Smith, the undergraduate student at the University of Kansas who discovered 18 species of water beetles when she was handed 2000 specimens to sort.

Are there really more beetles (Order Coleoptera) than any other insects? Yes.

Greenfieldboyd interviewed Lynn Kimsey, director of the Bohart Museum of Entomology and Nematology and professor of entomology at UC Davis, and UC Davis alumnus Andrew Forbes, now an associate professor at the University of Iowa.  Kimsey specializes in the Order Hymenoptera (bees, wasps and sawflies) and Forbes specializes in parasitic wasps.

They both agreed that beetle outnumber all other insects on earth.

"Collecting beetles was a hobby in the 1800s," Forbes told Greenfieldboyce. "People would go out and collect as many beetles as they could and then, you know, get together and compare the size of their beetle collections."

"So you have to figure that for every species of beetle, there are probably at least one or two wasp parasites or parasitoids," Kimsey said.

Indeed, we live on the "Planet of Insects," as natural history expert Jules Howard says in his newly published Encylopedia of Insects (Wide Eyed Editions, with Illustrations by Miranda Zimmerman), aimed for children, but meant to enthrall all ages.

"If aliens were to visit our planet and make a list of all of Earth's animals, they would quickly see a pattern," Howard wrote. "Nearly every single one of this planet's creatures they would notice, are from one strange group that has six legs, three segments to their body, and often, a pair of wings. We call these organisms the insects. Because the insect group accounts for 90 percent of life forms on this plant, alien visitors would be correct in calling this Planet of Insects. Truly, this is an insect world. You and I just happen to live on it."

Howard wants to share his love of insects with his bug-o-pedia book. He wants to inspire you. "To come to know them. To know their names. To shout from the rooftops about how amazing they are."

His message is important. insects aren't "creepy crawlers" or something abominable, scary or freaky. This planet--the Planet of Insects--is theirs, as Howard says. "You and I just happen to live on it." 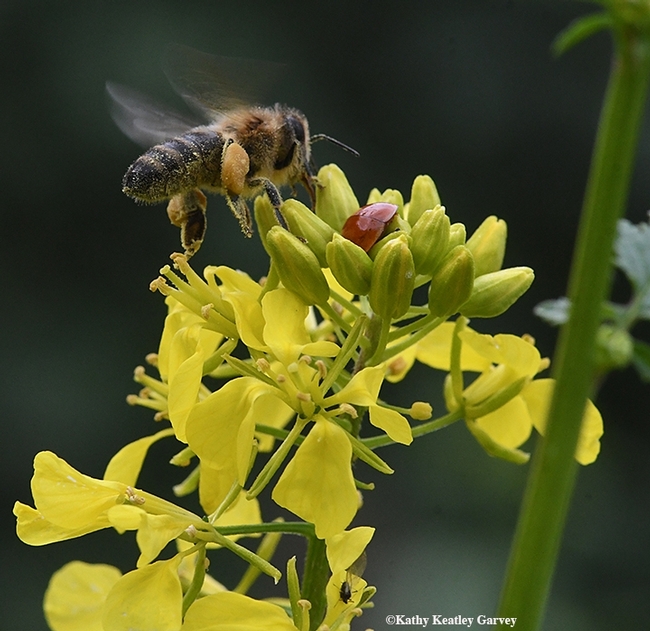 A honey bee encounters a lady beetle, aka ladybug, on mustard. (Photo by Kathy Keatley Garvey) 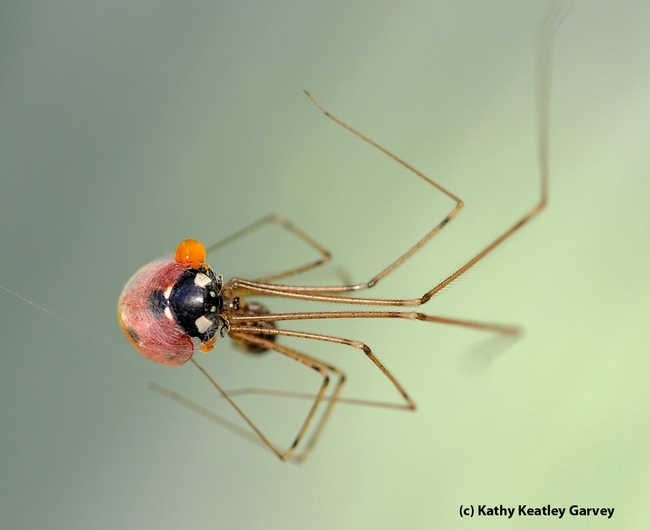 A cellar spider catches and wraps a lady beetle, aka ladybug. (Photo by Kathy Keatley Garvey) 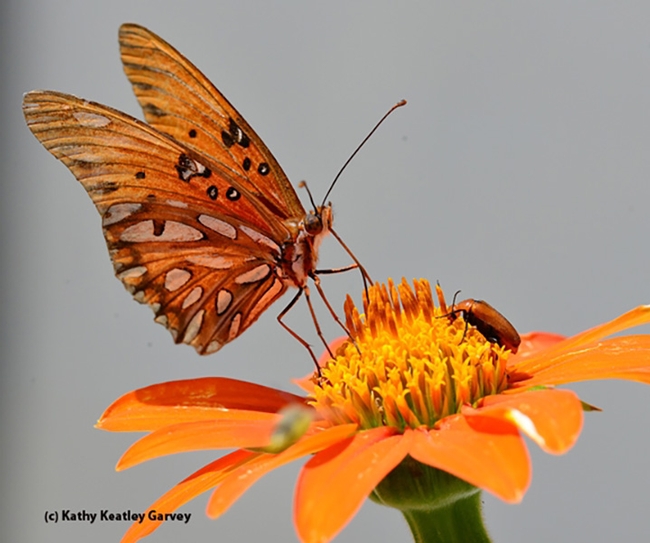 A Gulf Fritillary eyes a blister beetle on a Tithonia. (Photo by Kathy Keatley Garvey)
Focus Area Tags: Agriculture, Economic Development, Environment, Innovation, Natural Resources, Yard & Garden
Tags: Andrew Forbes (3), beetles (8), Bohart Museum of Entomology (435), Lynn Kimsey (321), National Public Radio (6), Nell Greenfieldboyce (2), UC Davis Department of Entomology and Nematology (444), University of Iowa (1)
Comments: 1
Comments:
by kelvin
on August 4, 2020 at 3:07 AM
I have been waiting to attend a university my whole life, and finally that dream is coming true. Most if my friends are already in school, and they have told me a lot about how life is to them over there. It seems hard, but I do not mind because I am always looking for new experience. I wanted to apply for a university abroad but now I am just going with the local university in my country.
Leave a Reply: