He's known for his scientific intellect, his research, his publications, his dedication, his commitment, his enthusiasm, his caring, and his kindness.

And, did we mention he's internationally known in his field?

We're delighted to see that Jay is now a newly elected Fellow of the Entomological Society of America (ESA). We wrote about him today in a piece on the UC Davis Department of Entomology and Nematology website.

Each year only 10 are selected for the honor. This year the Board of Governors selected five women and five men. They will be recognized at ESA's virtual annual meeting, Entomology 2020, Nov. 11-25.

I remember back in 2018 when Jay was nominated for the "Distinguished Student Mentoring Award," given by the ESA's Pacific Branch. The branch encompasses 11 states, plus U.S. territories and parts of Canada and Mexico. Rosenheim won. The praise was long and loud. Students, former students, graduate students and others lauded him. One called him "best teacher on campus--take him if you can."  A former graduate student described Rosenheim as a “successful scientist with a brilliant and inquisitive mind.”  Another wrote that he is “one of the most dedicated and effective teachers” he's ever encountered. The ultimate compliment: “Someday I hope to be able to teach and inspire students as well as Jay does.”

One student's comments were particularly memorable. "Since I joined his lab, Jay has been a source of inspiration, constructive feedback, and support. Jay is extremely accessible to answer questions, brainstorm ideas, and provide feedback. His kind and supportive demeanor encourages students to make us of his open-door policy."

"Before I joined the lab, Jay was already willing to read over a grant proposal, which resulted in a successful funding by the National Science Foundation's Graduate Student Fellowship. His willingness to give feedback on grant proposals and paper drafts has never waned; Jay always returns thoughtful feedback in a timely fashion. Further, Jay cultivates a laboratory atmosphere that is both collaborative and independent: Jay has never once tried to steer me in a direction I did not want to pursue with my research. Jay does not treat graduate students like employees or inferiors; he treats them as equals, as collaborators, and in doing so encourages independent, rigorous scientific thought. Because of this, I have been able to develop my own research program during my PhD."

And now, he's achieved the well deserved honor of Fellow of the Entomological Society of America. The Department of Entomology and Nematology, the College of Agricultural and Environmental Sciences, UC Davis, and the UC system are fortunate to have him! 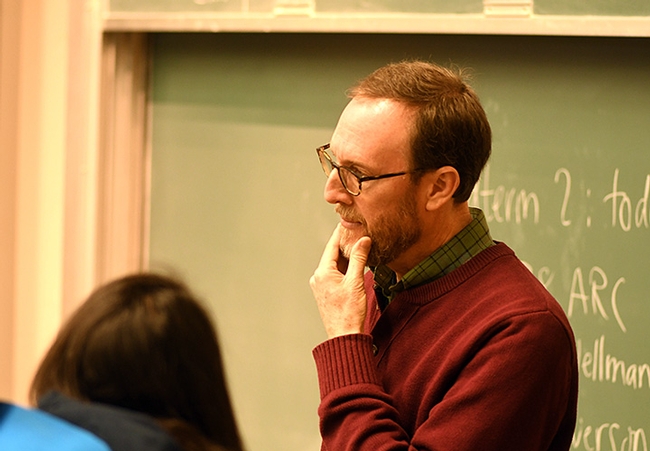