Mosquito researcher Maria Onyango of New York State Department of Health to deliver UC Davis virtual seminar Oct 21.
A virtual seminar to be hosted by the UC Davis Department of Entomology and Nematology on Wednesday, Oct. 21 should draw widespread interest, especially with the discovery last month of Aedes aegypti in Yolo County.

Mosquito researcher Maria Onyango, a postdoctoral associate at the New York State Department of Health,  Albany, N.Y.,  will speak on "The Impact of Zika Virus Infection on the Metabolites and Microbiome of Aedes albopictus" from 4:10 to 5 p.m. The Zoom seminar is open to all interested persons; click here for the form to register and obtain the Zoom link.

Aedes albopictus, known as the Asian tiger mosquito, is a close relative of Aedes aegypti, the yellow fever mosquito. Both invasive species are moving through California. (See California report of the two species, and the Center for Disease Control and Prevention's estimate potential range of the two species in the United States.)

Medical entomologist-geneticist Geoffrey Attardo of the UC Davis Department of Entomology and Nematology, who collaborates with Onyango, will host the seminar.

Aedes aegypti, a day-biting mosquito originating from the forests of Uganda,  can transmit the Zika virus, yellow fever, dengue, and chikungunya. However, California has no documented cases of this species transmitting the Zika virus, dengue or chikungunya.

Attardo related that the first detection of Aedes aegypti in California occurred in 2013 and was described in these papers:

"Since then it has been determined that there have likely been at least two separate introductions of Aedes into California--possibly three but that requires additional study," Attardo says. "The result of this is that there are two genetically distinct populations of Aedes in California. One is based in Southern California in the Greater Los Angeles area as well as areas to the East, like Riverside and Coachella valleys. The second population is distributed throughout the Central Valley. These two populations are genetically distinct and we have developed a genetic assay to differentiate the two populations. We have been working with local abatement agencies (Winters, Sacramento/Yolo and Shasta counties) to test their collected mosquitoes to determine which population they resemble at the genetic level. Each year has shown Aedes aegypti spreading farther into parts of California where it has never been seen before."

"We recently ran our genetic test on mosquitoes that we collected from two different sites in Citrus Heights (divided by Route 80) and actually found that the two groups appear to represent both the Greater Los Angeles and the Central Valley populations, with each group specific to one side or the other of Route 80," Attardo said. "This is unpublished data and we are continuing to process additional samples of collected Aedes to reinforce these findings and understand the dynamics of how these mosquitoes are spreading." UC Davis medical entomologist-geneticist Geoffrey Attardo (Photo by Kathy Keatley Garvey)
Moving Throughout California
The data suggests "that both populations are moving throughout California and are possibly being facilitated by human activities," Attardo said. "Aedes aegypti which was originally a mosquito that developed in tree holes has evolved to be a very human centric mosquito that has learned to thrive in man-made breeding sites. This may be the key to their success and their ability to move so quickly throughout the state."

Attardo emphasized that "these mosquitoes do not naturally carry these viruses and must acquire them by blood feeding on an infected person, successfully developing an infection and then biting another person. So far there have been no outbreaks of these diseases, but now that Aedes aegypti is here, the potential for an outbreak of dengue, Zika, chikungunya or yellow fever is a possibility. Infected people coming from countries where these viruses are endemic could serve to seed the viruses into Californian populations of Aedes which would obviously be a bad thing. The ongoing environmental changes resulting from climate change will likely allow these mosquitoes and others to move into previously uninhabitable areas and it is going to significantly change how we assess risk and management of mosquito-borne disease risks in the United States and around the world. California is just one example of this issue."

Aedes albopictus in California
Along with seven other scientists, Attardo and Onyango co-authored a research article in the Oct. 2nd edition of Frontiers in Microbiology on "Zika Virus Infection Results in Biochemical Changes Associated With RNA Editing, Inflammatory and Antiviral Responses in Aedes albopictus."

Aedes albopictus, also a day-biting mosquito, can transmit Zika and other infectious diseases. "The Zika virus infected more than 1 million people during an epidemic that began in 2015 in Brazil," according to this report, Invasive Mosquito Species Plunge Deeper Into California. The virus also can spread during sex.

Onyango holds two degrees from the University of Nairobi, Kenya: a bachelor of science degree in biochemistry and zoology and a master's degree in applied parasitology. She received her doctorate in veterinary entomology from Deakin University and Australian Animal Health Laboratory, Commonwealth Scientific and Industrial Research Organisation (CSIRO), and then completed postdoctoral training at the Yale School of Public Health, Department of Epidemiology of Microbial Diseases.

Cooperative Extension specialist and assistant professor Ian Grettenberger coordinates the fall seminars. For any technical issues regarding the seminar, contact Grettenberger at imgrettenberger@ucdavis.edu 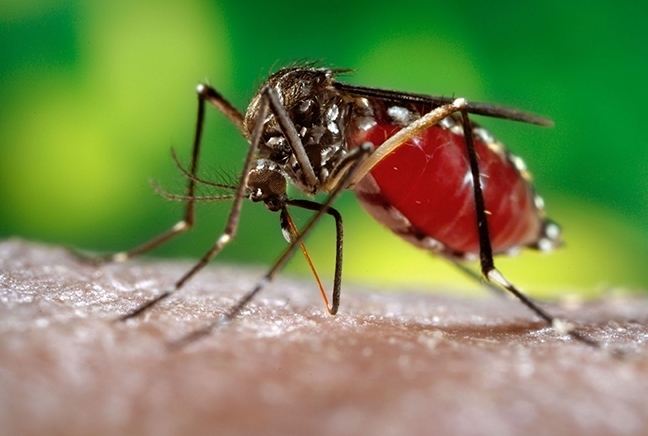 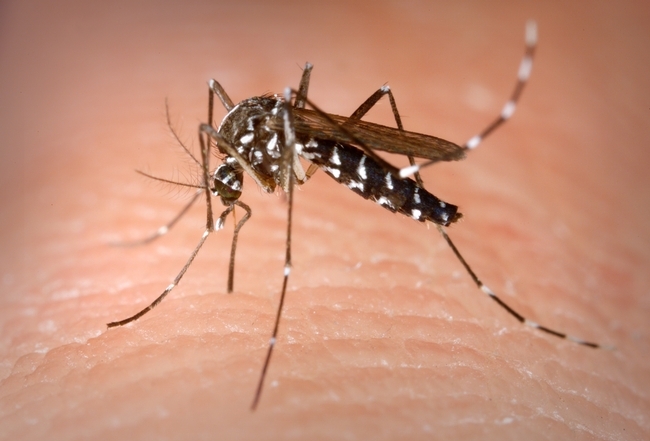