If you head over to the California State Capitol tomorrow (Tuesday, March 23) don't be too surprised if there's a John Deere tractor on the west steps.

March 23 is Ag Day when the state's urban and rural folks come out in force to celebrate the state's $34.8 billion ag industry.

"Agriculture drives California’s economy, creates jobs and provides a safe and nutrititous food supply," the California Department of Food and Agriculture (CDFA) says on its website.

And dozens of booths will be set up on the lawn to prove it. Even in the rain.

One of the booths drawing a lot of attention last year was the California State Beekeepers' Association (CSBA) booth. The beekeepers gave away honey sticks, bee stickers and honey recipes, and displayed a bee observation hive housing a queen bee, worker bees and drones. Häagen-Dazs, which maintains a close relationship with beekeepers and the scientists at the Harry H. Laidlaw Jr. Honey Bee Research Facility at UC Davis, provided ice cream from the same booth. (Bees pollinate many of the ingredients in ice cream, including fruits, vegetables and almonds.)

CSBA and Häagen-Dazs will be there again tomorrow. So will dozens of other organizations and businesses. They include the California Farm Bureau Federation, Ag in the Classroom, California Strawberry Commission,  4-H, FFA, California State Grange, California Cattlemen's Association, Thoroughbred Breeders' Association, UC Davis College of Agricultural and Environmental Sciences,  California Milk Advisory Board, Western Fairs' Association and scores of others.

In some way, shape, or form, however, honey bees make it all possible. 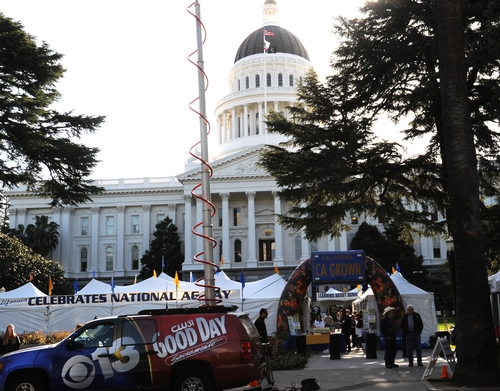 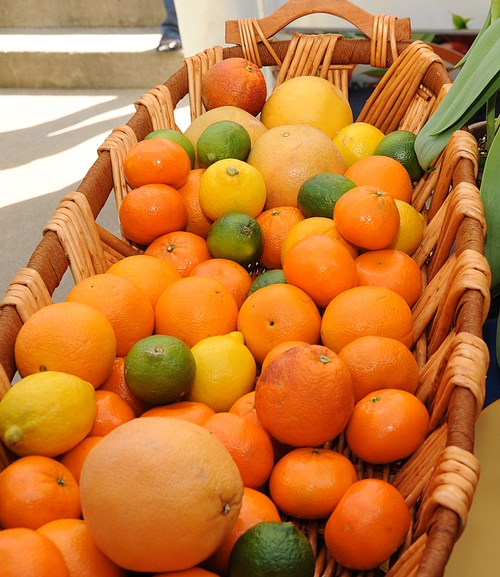 Sweet Citrus
CITRUS proved to be a popular attraction at the 2010 California Ag Day. The 2011 Ag Day is March 23. (Photo by Kathy Keatley Garvey) 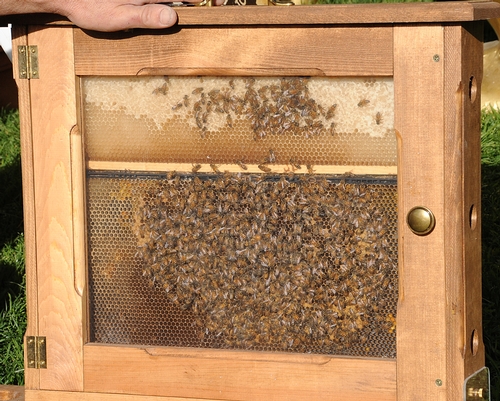