When you "make a mountain out of a molehill," you're exaggerating the severity of the situation.

But if you're an ant, you can make little mounds that might appear--at least to other ants--like mountains.

Quite an attraction at a Vacaville park are colonies of carpenter ants, Camponotus semitestaceus (as identified by UC Davis-trained entomologist Brendon Boudinot).

Park-goers stare at them, dogs sniff at them, and photographers focus on them.

BugGuide.net has a number of images of them. The common name? "The black and orange ant."

According to AntWiki.Org, the "nests are found under stones or in the soil, surrounded by a small mound (few cms up to 30 cms in diameter). The colonies are large with many majors. Workers are active during the night or during cooler times of the day, and tend Homoptera. Nest density can be very high. (Mackay and Mackay 2002)"

They belong to the family Formicidae. Distribution: Western United States as far east as Oklahoma, south to northern Mexico.

We remember reading about a grandmother concerned that her granddaughters, ages 5 and 3, were afraid of "plastic insects." To overcome their "irrational fear of insects," she introduced them to carpenter ants and together they began rearing them. She detailed the project on Formiculture.com.

What a great idea!

Meanwhile, the carpenter ants in the park are doing fine.  Just fine.

"You know why they can't get COVID?" asked one park-goer.

"Because they have antibodies." 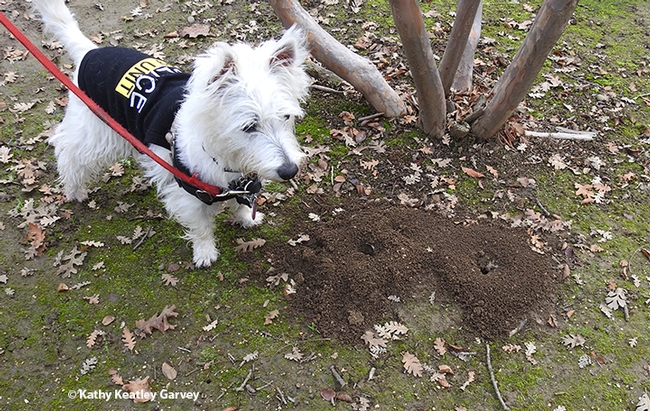 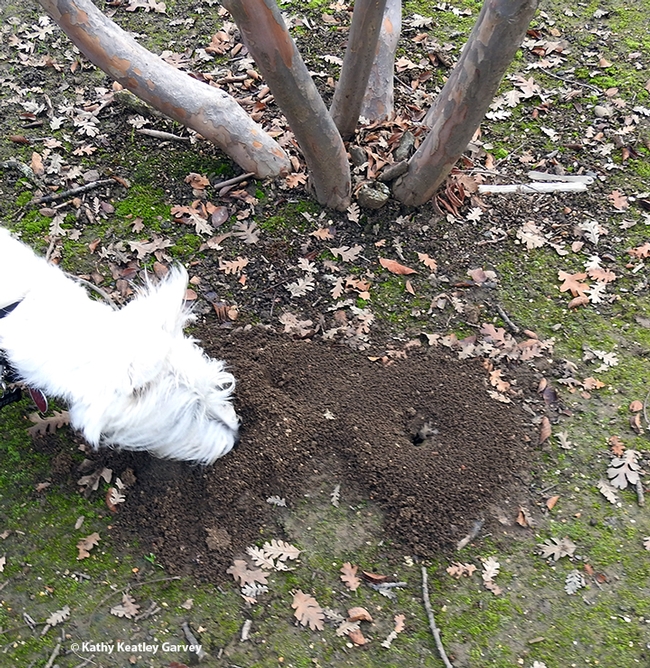 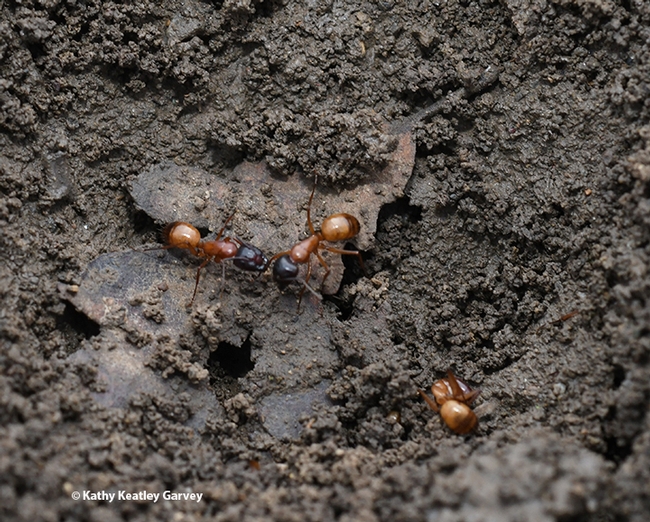