Recently, as our winters seem to have become drier (and the rains certainly come later than they used to), I've been exploring the topic of drought-tolerant edibles. This naturally led me to learning about native edible plants. One listing I found contained more than 1,300 native edible plants.

As I began to learn more, I realized that California buckwheat (Eriogonum fasciculatum) may just be the perfect plant. CalScape, the official plant description site of the California Native Plant Society, tells us there are established populations of California buckwheat near Yountville and American Canyon. This means that it naturally grows in Napa County, although we are at the northern end of its range.

California buckwheat is one species among 125 buckwheat species native to our state. Native buckwheats come in all shapes and sizes, from just a few inches tall and a foot or so across to as much as 8 feet tall and 10 feet across.

So what makes California buckwheat the perfect plant? First of all, it is extremely drought tolerant. Its most common native habitat is in chaparral on dry, sunny slopes near the coast. It should not need any summer water once establisher. However, it is more tolerant of summer water than many other natives, so you can grow it near plants that do require some summer water.

California buckwheat produces masses of small flowers borne in clusters. It has a long bloom period, typically from May through October. The flowers are white or pinkish-white when they first open and turn darker as the soil dries out. The literature describes the darker color as “cinnamon,” “rust red” or “coffee.”

Because it produces so many flowers over such a long time, it is a wonderful habitat plant. Butterflies love it. It also produces a lot of edible seeds that are appreciated by birds and mammals. It has a fairly open, lacy appearance when it blooms. One nursery recommended the lower-growing varieties in areas where the landscape design calls for the airiness of baby's breath or native grasses.

You can see that there are many reasons to appreciate California buckwheat. But the story gets even better. The plant sheds many of its leaves and flowers at the end of its growing season, making it an important plant for creating natural mulch.

California buckwheat can also be used to restore habitat. The Natural Resources Conservation Service (NRCS) describes California buckwheat as having “shown excellent performance as a conservation plant on critical areas and problem soils, such as Serpentine, decomposed granites, and high pH soils” and mentions that California buckwheat can be used on critically eroded areas as well as for environmental enhancement. This recommendation includes areas burned by wildfire. On wildfire areas, the NRCS recommends that seed be applied at a rate of 1 to 2 pounds per acre as part of a mixture of suitable species. Normal seed germination rates are fairly low, about 25 percent. If you are planting in the home garden, it's better to use nursery-grown seedlings unless you intend to cover a large area.

Nurseries have low-growing forms (up to 12 inches high) of both leafy green buckwheat and interior California buckwheat to use as spreading ground covers. In the 1960s, the NRCS plant- management center created a new cultivar called Duro. According to the NRCS, Duro “has performed better than most other native California shrubs in both container plantings and direct seedlings on critically eroded areas.”

St. Catherine's lace is the largest of the native buckwheats, growing up to eight feet high and ten feet wide. Northern coast buckwheat forms a slow-growing clump, one to two feet high and wide, with naked flower stalks. Red-flowering buckwheat has a similar form but with rose-red flowers.

Native buckwheats also include about 20 yellow-flowered species; these are mostly adapted to our mountainous areas. However, the California Native Plant Society suggests that the yellow-flowered sulfur buckwheat (Eriogonum umbellatum var. polyanthum) can perform well in the garden. You can find links to nurseries that carry California buckwheat and other native buckwheat species on the CalScape website. With so many things going for it, you have to plant at least one!

Napa Library Talks: First Thursday of each month. Register to get Zoom link. Thursday, February 4: Soil is the Solution: Healing the Earth One Yard at a Time. 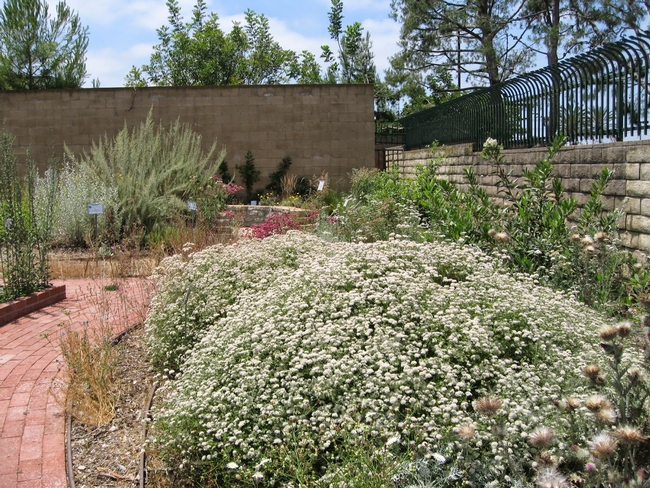 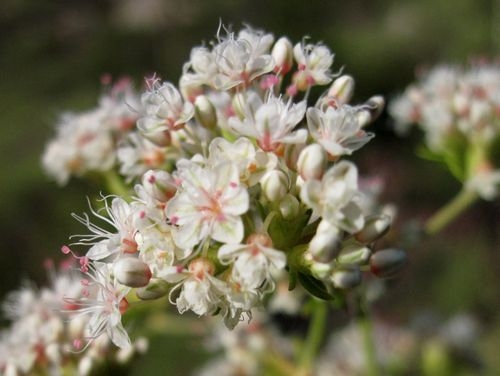 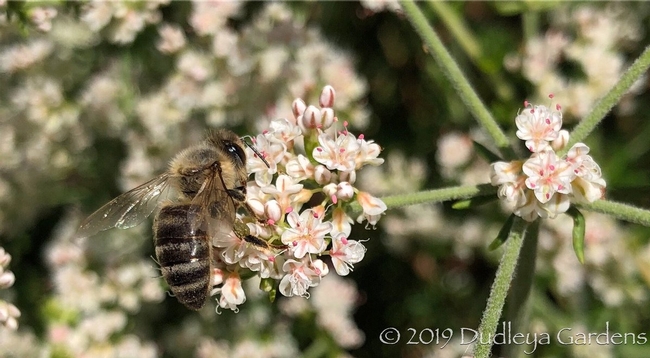 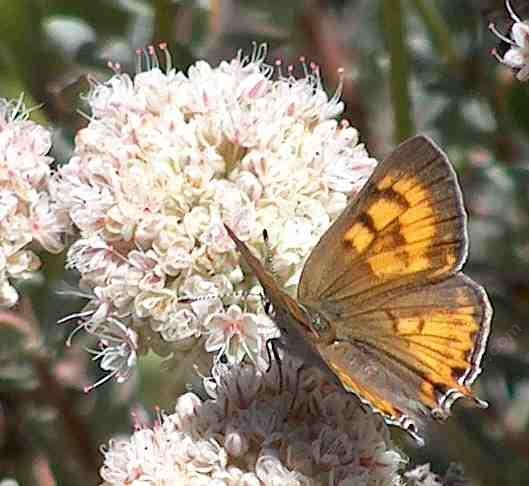 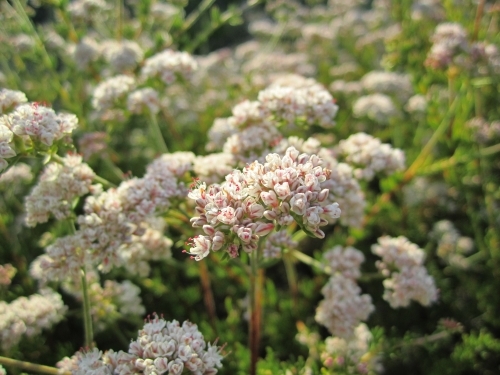 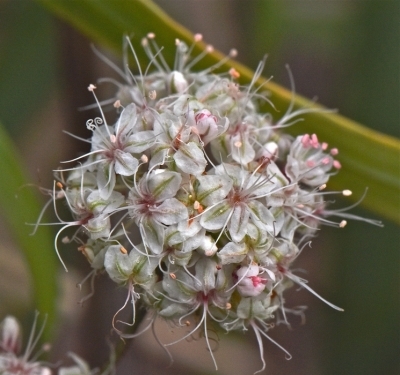 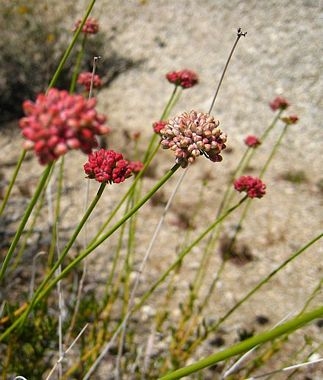 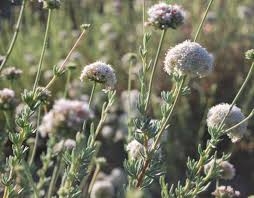 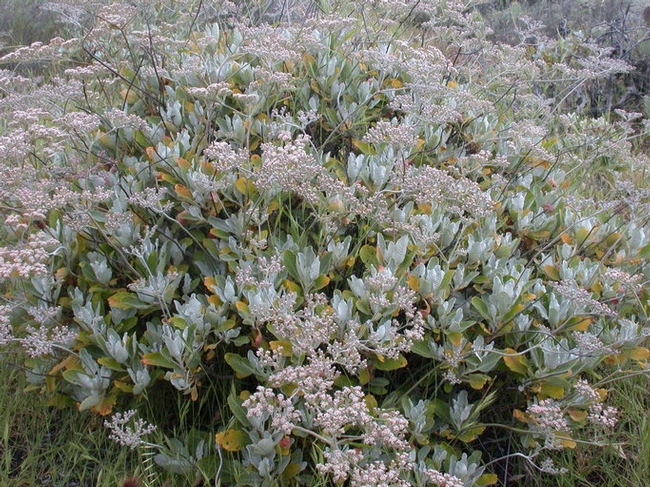