Legendary plant biochemist Eric Conn (1923-2017) in his office in Briggs Hall during his earlier years.
You won't want to miss this. It promises to be a memorable event.

Sixty UC Davis undergraduate students, divided into 12 teams with such names as "Green Team," "Amigo Acids" and "Attack on Titration," will compete in the first-ever Eric Conn Biochemistry Quizzes, which will get underway on Zoom at 4 p.m., Saturday, Feb. 20.

“This will be a fun activity and one that memorializes the legendary plant biochemist Eric Conn (1923-2017), renowned in his field,” said organizer and coordinator Walter Leal, UC Davis distinguished professor of molecular and cellular biology and a former chair of the UC Davis Department of Entomology.

Conn, a UC Davis emeritus professor of molecular and cellular biology, "was a member of the National Academy of Sciences and his leadership at UC Davis helped establish the academic spirit of the College of Biological Sciences as it exists today," Leal said. "He strongly believed that a university professor should excel in both research and teaching.”

The public can register to view the event by logging in at https://tinyurl.com/y33eyc4v.  It may become an annual event.

Initially, 40 students registered to compete—five per team—but the response was so overwhelming that Leal added four more teams. The first eight teams to register will compete on camera, while the other four teams will play “off tube.”

“I created the word in reference to the old TV set (a tube) to say that they will not be on camera,” Leal quipped. “These teams will play simultaneously with the teams playing on camera. We will have a scorekeeper, Radek Abarca, who will keep track of their response in real-time.”

The initial teams sport such names as Green Team, Amigo Acids, Proline Pros, Drop the Base, Krebs Cyclists, Gibbs Team, Attack on Titration, and Ironic Bonds. The other teams are named A, B, C and D.

The first 40 students to register introduce themselves, their majors and their hometowns in videos posted on Leal's Twitter account, @wsleal2014.

“Each team of five players will be given three questions,” Leal said. “They will have one minute to confer while we hear stories about Eric Conn; see videos from staff, faculty and alumni and UC Davis friends; and watch public service messages on health topics such as COVID-19 and diabetes.”

In her video, Dr. Allison Brashear, dean of the UC Davis School of Medicine, addresses the COVID-19 pandemic and vaccines. Also planned: footages of favorite campus sites that students miss the most, and “even accounts of how departments were named in the old days,” Leal said.  Plant pathologist George Bruening, professor emeritus, Department of Plant Pathology, College of Agricultural and Environmental Sciences, will be among the faculty featured in the clips.

Conn, a member of the UC Davis faculty for 43 years, was the third recipient of the UC Davis Prize for Teaching and Scholarly Achievement.  Described as an excellent teacher and researcher, Conn received the Academic Senate's Distinguished Teaching Award in 1974 and the Academic Senate's highest honor, the Faculty Research Lecturer Award, in 1977. He won the UC Davis Prize for Undergraduate Teaching and Scholarly Achievement in 1989. See https://youtu.be/TdwJkcjQvbw. 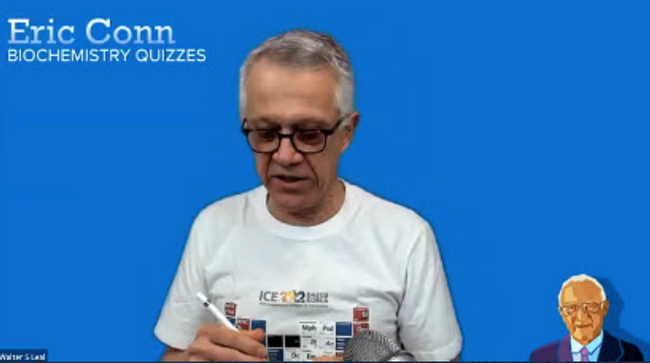 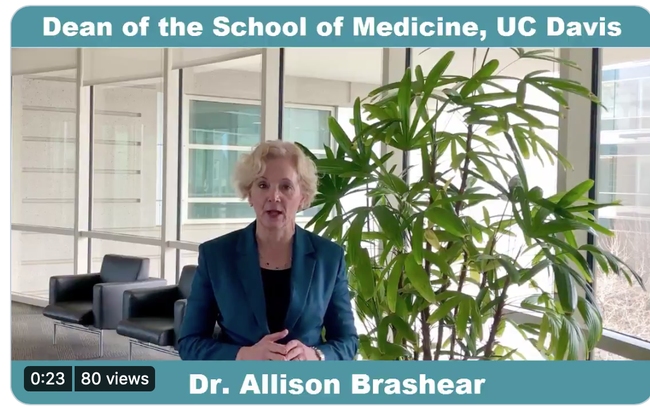 In her video, Dr. Allison Brashear, dean of the UC Davis School of Medicine, addresses the COVID-19 pandemic and vaccines. (Screen shot) 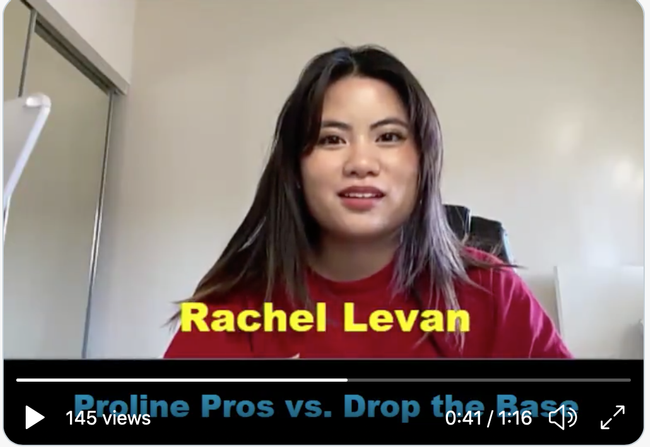 Rachel Levan, a UC Davis third-year genetics major from Fairfield, Calif., is one of the participants in the Eric Conn Biochemistry Quizzes. (Screen shot)