Lynn Kimsey, director of the Bohart Museum of Entomology and UC Davis professor of entomology. (Photo by Kathy Keatley Garvey)
Have you hugged your taxonomist yet today?

No? Probably can't due to the COVID-19 pandemic, but at least we can honor them every March 19 on Taxonomists' Appreciation Day.

Basically, taxonomy is the science of describing, naming, defining and classifying organisms, both alive and extinct. Each species is part of the tree of life.

The Bohart Museum of Entomology at the University of California, Davis, is among those celebrating this special day.

"Basically we have eight taxonomists, all working on different groups of wasps, bees, flies, moths and beetles," said Bohart Museum director Lynn Kimsey, a UC Davis professor of entomology who identifies thousands of insects for scientists and the public alike. Plus, spiders, ants and millipedes!

"Clearly we don't really need any taxonomists for things with backbones and maybe not leaves, but invertebrates are so diverse and mostly so small you can't sight ID them; not even with a microscope. In addition, perhaps as much as 50 percent of the invertebrates are undescribed and a much higher percentage, like 99 percent, have never been sequenced. So we do DNA."

The Bohart Museum, home of nearly eight million insect specimens collected from around the world, is also celebrating its 75th anniversary this year. It was founded by noted entomologist and UC Davis professor Richard "Doc" Bohart (1913-2017). Bohart was Kimsey's major professor.

Want to know the common and scientific names of insects? The Entomological Society of America maintains a Common Names of Insect Database, described as "an essential reference for anyone who works with insects. It includes more than 2,000 common names and is searchable by common name, scientific name, author, order, family, genus, and species."

The ESA database is a great scientific database and one that we should celebrate today--and every day--just like the dedicated taxonomists who pore over the organisms, describing, naming, defining and classifying them. 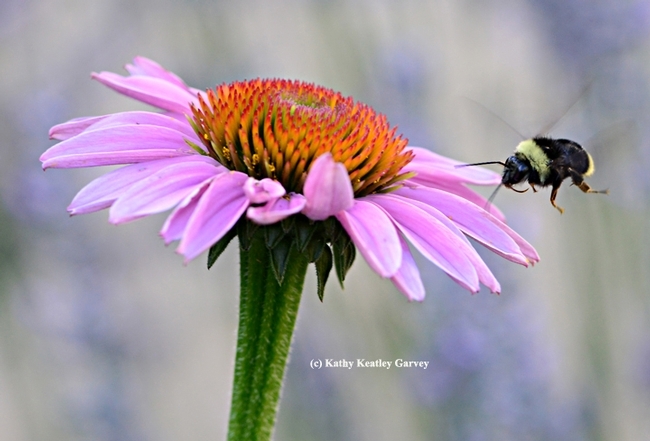