One landed March 30 on an aromatic white lilac bush in Alamo Creek Park, Vacaville. It lingered long enough for a few photos and then fluttered away.

Butterfly guru Art Shapiro, UC Davis distinguished professor, Department of Evolution and Ecology, saw his first Papilio rutulus of the year on March 4 in Davis. Butterfly enthusiast and naturalist Greg Kareofelas, an associate of the Bohart Museum of Entomology, UC Davis, saw his first on March 23, also in Davis, "and since then, I've been seeing them regularly."

This butterfly's wings are a brilliant yellow with black stripes. Blue and orange spots accent "the tails" on their hindwings. The one we saw in Vacaville was missing some of its "parts," probably due to a close encounter with a predator, maybe a California scrub jay seeking a quick meal.

Professor Shapiro writes on his website: "The Western Tiger Swallowtail is basically a species of riparian forest, where it glides majestically back and forth along the watercourse. It has expanded into older urban neighborhoods where several of its host genera are grown as shade trees, and behaves as if the street were a watercourse. In the high country and on the Sierran east slope its usual host is Aspen."

Check out Shapiro's newly renovated website at https://butterfly.ucdavis.edu.  The work of webmaster Dave Waetjen, it's a must-see and must-read. A colorful male monarch graces the home page.

Shapiro has monitored butterfly populations across central California for more than 45 years. It's part of his continuing effort to regularly monitor butterfly population trends on a transect across central California. "Ranging from the Sacramento River delta, through the Sacramento Valley and Sierra Nevada mountains, to the high desert of the western Great Basin, fixed routes at ten sites have been surveyed at approximately two-week intervals since as early as 1972. The sites represent the great biological, geological, and climatological diversity of central California."

And one of the species is the spectacular Western tiger swallowtail, which Shapiro monitors at all 10 of his sites. 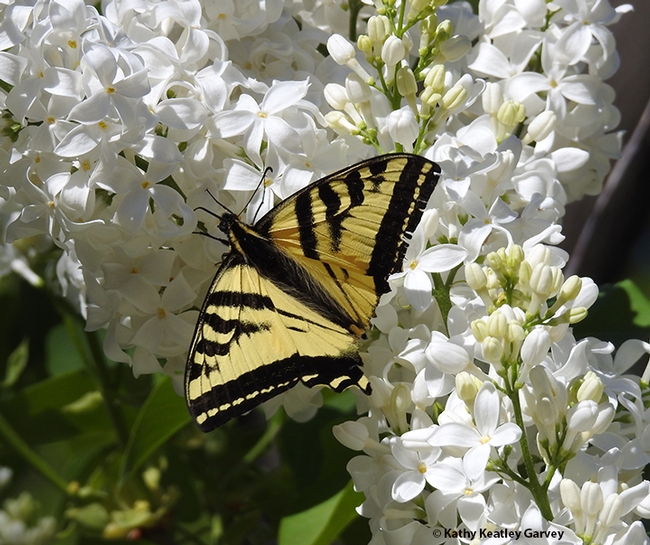 A Western tiger swallowtail, missing part of its tails, nectars March 30 on a lilac bush at a Vacaville park. (Photo by Kathy Keatley Garvey) 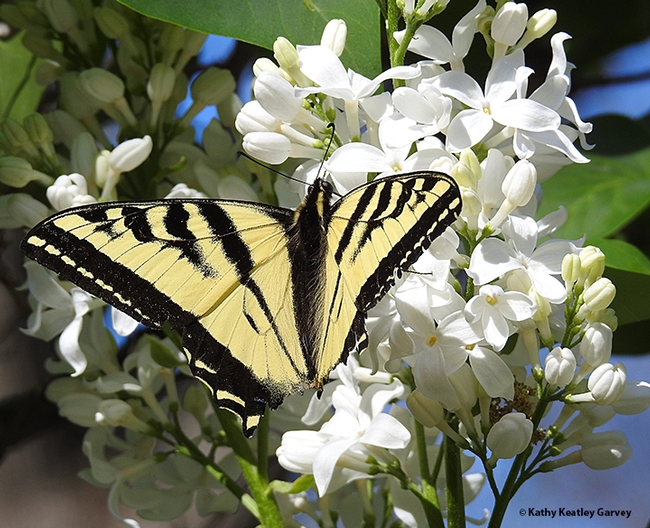 The nectar met with this butterfly's approval. (Photo by Kathy Keatley Garvey) 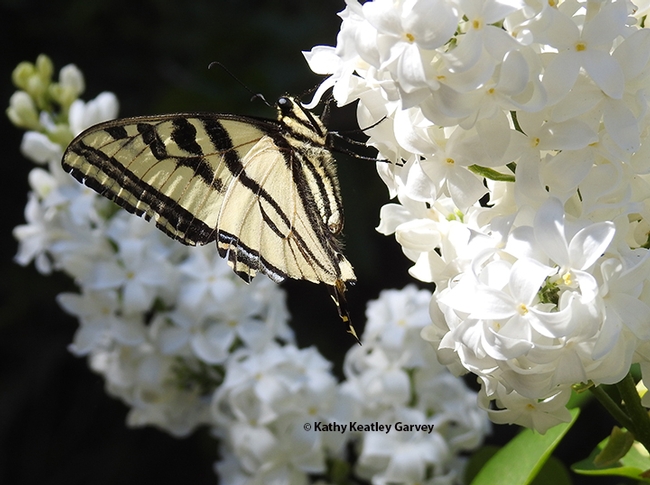 Side view of the Western tiger swallowtail on the lilac bush. (Photo by Kathy Keatley Garvey) 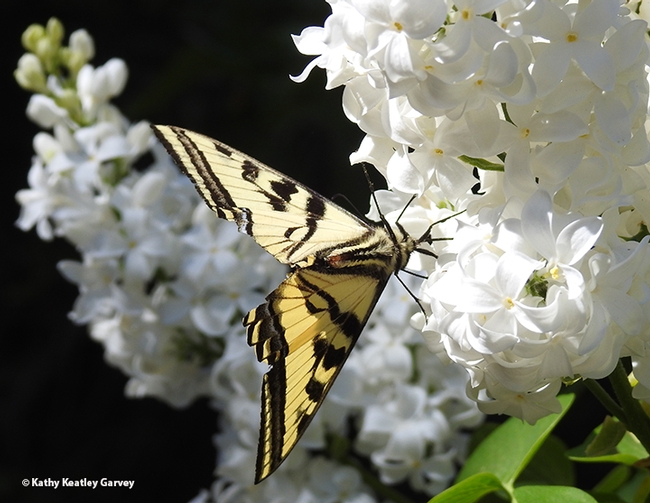