In their lifetimes, they didn't receive nearly enough credit for their work, but now they are memorialized in the names of newly described species of bacteria from the genus Acinetobacter that are specialized to flowers.

Vannette isolated another new species on California figwort or California bee plant, Scrophularia californica, in the 258-acre UC Davis Stebbens Cold Canyon Reserve, located near Winters and encompassing parts of Solano and Napa counties. Its name: Acinetobacter pollinis.  "It was named for its affinity for pollen, as it does not grow well in the absence of pollen," Vannette said. Both plants are natives and perennials. Botanist Beverly Rathcke (1945-2011). (Photo courtesy of the University of Illinois Urbana-Champaign)
“There's more to come on these bacteria and what they do in flowers but from what we know now they seem to germinate and 'eat' pollen,” Vannette said. “In any case, we love and appreciate our reserves and natural areas on campus: they are an awesome source of unexplored biodiversity and really interesting biology.”

The third species the nine scientists described is A. baretiae, named for female botanist Jeanne Baret (1740-1807).

"So two of the three newly described species are named for noted female botanists, one a great pollination biologist and ecologist--Beverly Rathcke--and the other, historical botanist Jeanne Baret," Vannette pointed out. Community ecologist Rachel Vannette of UC Davis
Baret, the first woman to circumnavigate the globe, disguised herself as a man and as an aide to botanist Philibert Commerson, to board the French ship, Etoile, on a 1766-69 expedition. "Baret captured the attention of Commerson because she possessed botanic knowledge that lay well beyond the competence of his professors and mentors," according to Glynis Ridley, author of The Discovery of Jeanne Baret: A Story of Science, the High Seas, and the First Woman to Circumnavigate the Globe. "She was an herb woman: one schooled in the largely oral tradition of the curative properties of plants."

Vannette, who was selected a UC Davis Hellman Fellow in 2018, holds a doctorate in ecology and evolutionary biology (2011) from the University of Michigan. 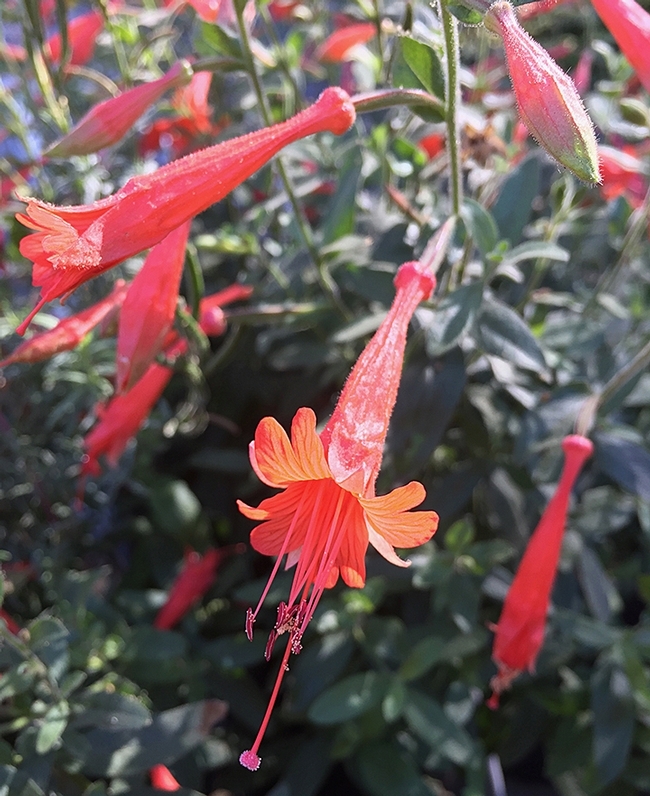 This is the California fuchsia, Epilobium canum, from the UC Davis Arboretum and Public Garden. UC Davis community ecologist Rachel Vannette isolated a new species of bacteria from this plant. (Photo by Rachel Vannette) 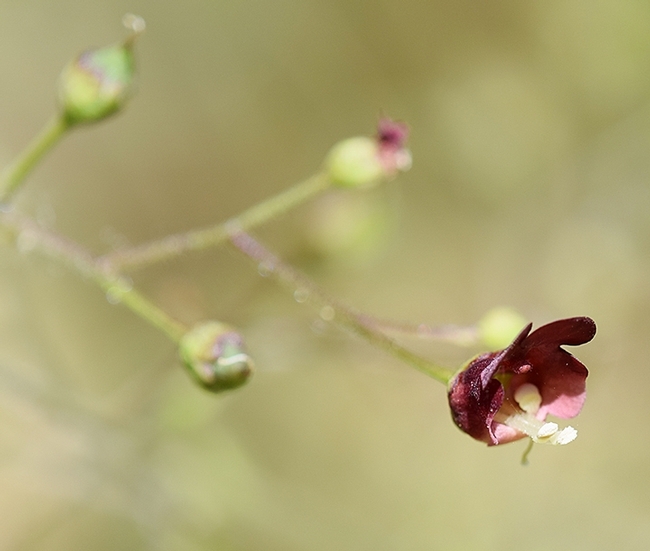