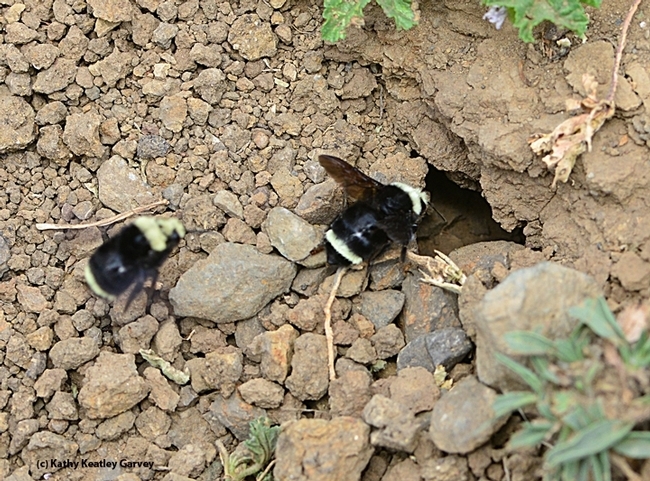 Bumble bees, Bombus vosnesenkii, head for their nest at the Loma Vista Farm, Vallejo. (Photo by Kathy Keatley Garvey)
Focus Area Tags: Agriculture, Economic Development, Environment, Innovation, Natural Resources
Tags: Alexandra Harmon-Threatt (1), native bees (32), nesting bees (1), pollination ecologist (3), soils matter (1), UC Davis Department of Entomology and Nematology (599), University of Illinois (2)
Comments: 2
Comments:
by Robin
on June 1, 2021 at 1:53 PM
Will this webinar be recorded? Unfortunately this time conflicts with another meeting, but I would love to watch it at a later time if possible.

Thanks !!
by N V Manikanta Reddy
on January 26, 2022 at 9:49 PM
Can I please get a copy of this talk either recorded or in text file. The role of soil in bee conservation
Leave a Reply: