If not, you're probably in the wrong state. Or not there at the right time.

Once they emerge, they spend two to four weeks "courting, mating, flying, driving people crazy, being eaten by everything," Michael Raupp, emeritus professor of entomology at the University of Maryland told USA Today in a May 18th news story.

So we asked UC Davis alumnus Kelly Hamby if she could send us a few photos of Brood X for a brief Bug Squad blog.

Hamby, an associate professor/Extension specialist in the University of Maryland's Department of Entomology, captured these images of Brood X in Maryland in mid-May. She photographed two aggregations at the Patuxtent Research Reserve, Laurel, and an individual one at the Horsepen Branch Park, Bowie.

Hamby, who studied for her doctorate with major professor Frank Zalom, UC Davis distinguished professor of entomology and a former president of the 7000-member Entomological Society of America (ESA), received her PhD from UC Davis in 2014. Her dissertation on "Biology and Pesticide Resistance Management of Drosophila suzukii in Coastal California Berries" covered monitoring, yeast associations, chronobiology,chronotoxicity of insecticides, and the implications of this work to managing a recent invader, the spotted wing drosophila. An excellent scholar and entomologist, Hamby received the 2014 John Henry Comstock Award, the highest graduate student honor in the Pacific Branch of ESA, which covers 11 western states, parts of Canada  and Mexico, and seven U.S. territories.

If you've been following the news, you know that there are three species of these 17-year Brood X cicadas: Magicicada septendecim, M. cassinii and M. septendecula. You also know the cicada is considered one of the world's loudest insects; that males calling for mates are unaware of any noise ordinance violations or human sleeping preferences.

Enjoy these wonderful images by Kelly Hamby. Thanks, Kelly! 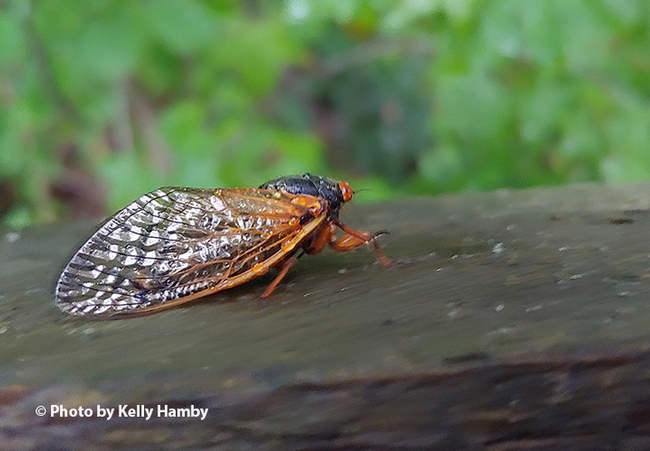 This close-up image of a Brood X cicada is from the Horsepen Branch Park, Bowie, MD. (Photo by Kelly Hamby) 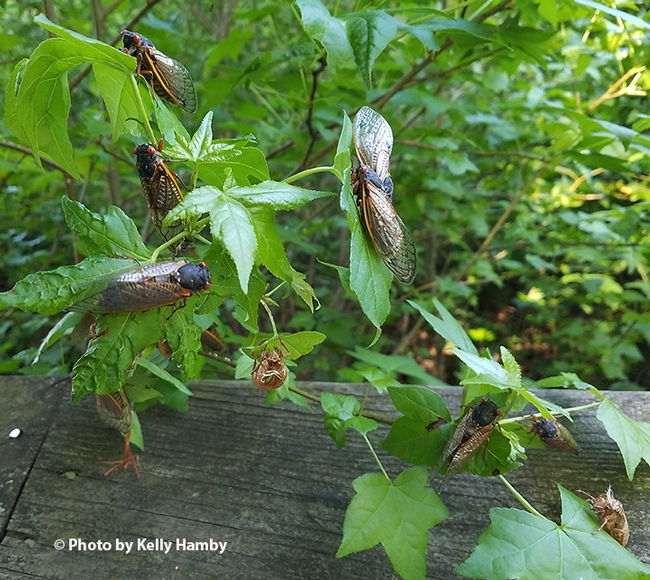 An aggregation of Brood X at the Patuxtent Research Reserve, Laurel, Md. (Photo by Kelly Hamby) 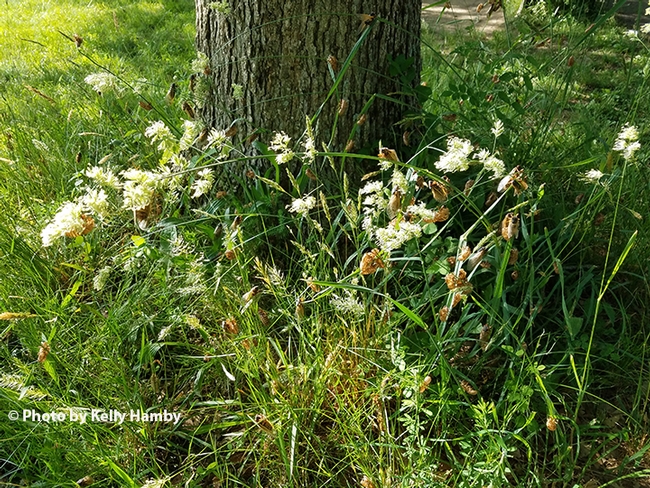