If you don't like putting "gray" and "hair" in the same sentence, not to worry.

This is the butterfly, Strymon melinus.

When the it's hanging around a Mexican sunflower, Tithonia rotundifola, the orange spots on its tail accent the color of the flower.

"Adults visit an immense variety of flowers, both wild and cultivated," writes Art Shapiro, UC Davis distinguished professor of evolution and ecology on his website. "They are particularly addicted to Heliotrope and white-flowered Apiaceae."

The Gray Hairstreak is considered a weedy butterfly. "Weedy," as  Shapiro explains on his web site, "is a general term for organisms that are typically associated with habitats that are disturbed by human activities or are dominated by non-native, invasive plants."

At first glance, you don't know "which end is up"--which makes it all the better for the butterfly to escape predators.

This one allowed me to get quite close. It was more interested in the nectar than the slow movement of the long lens. 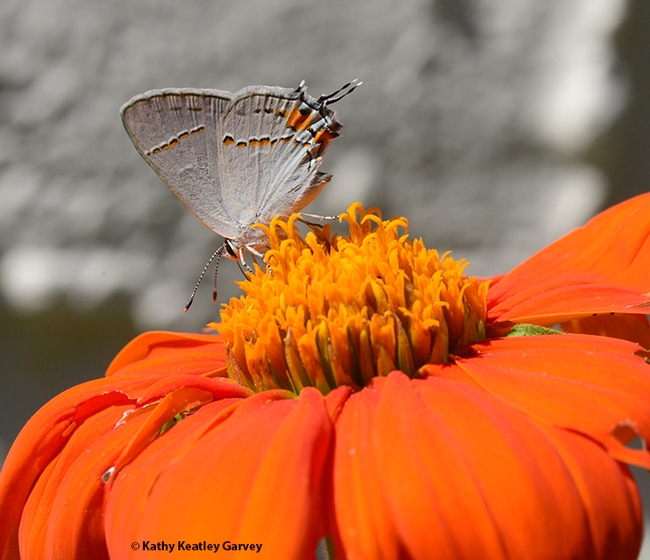 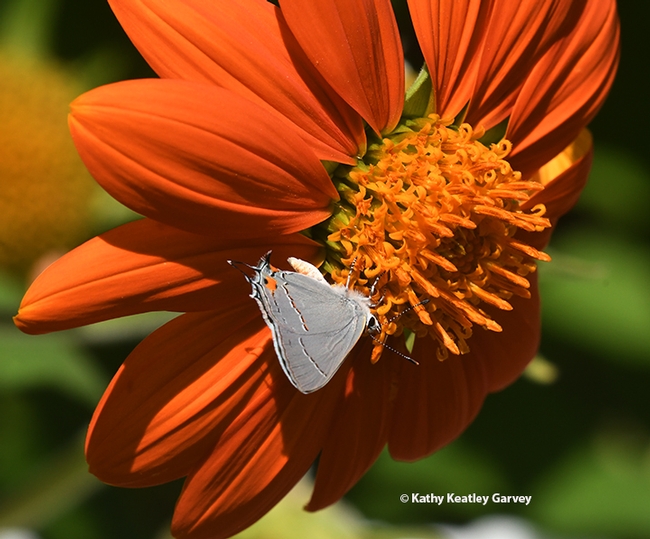 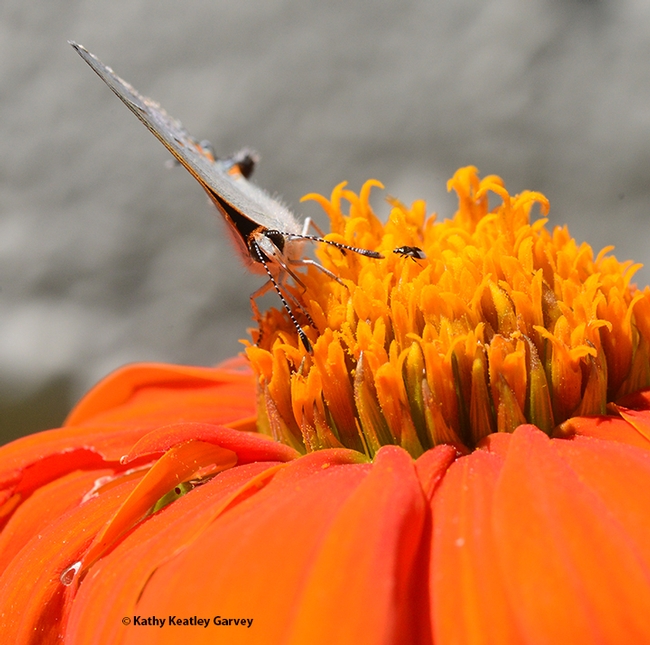