An adult elm leaf beetle peers at the camera. (Photo by Kathy Keatley Garvey)
The Beatles sang "I Want to Hold Your Hand."

The elm leaf beetles and their larvae don't want to hold your hand--unless perhaps you're holding a elm leaf that they can eat.

A recent walk down the 200 block of Buck Avenue, Vacaville, California, revealed the damage this pest does. The stately canopied elms don't look so stately, what with the dry skeletonized leaves, the browning and the dieback.

And if you look closer, you'll see the leaves--the feeding site--dropping prematurely, and beetles and their larvae falling with them.

Infestations of these beetles can defoliate large elm trees, according to the UC Integrated Statewide Management Program's Pest Note on this pest, Xanthogaleruca (=Pyrrhalta) luteola.

Have you ever seen them? They're about 1/4 inch long, yellow to olive-green with a black stripe on each side and four black spots near the head. They are an invasive species from southern Europe, introduced here in the 1800s, and considered the most serious elm defoliator in the United States.

"Females lay yellowish eggs in double rows of about 5 to 25 on the underside of leaves," according to UC IPM. "Eggs become grayish before hatching. Larvae resemble caterpillars and are black when newly hatched and shortly after molting (shedding the old skin). After feeding, larvae become yellowish to green with rows of tiny dark tubercles (projections). Third-instar larvae grow up to 1/3 inch long and have dense rows of dark tubercles down their sides that resemble two black stripes. Pupae are orange to bright yellow." A defoliated elm leaf. (Photo by Kathy Keatley Garvey)
"Adults chew entirely through the leaf, often in a shothole pattern. Larvae skeletonize the leaf surface, causing damaged foliage to turn brown to whitish. Elm leaf beetles, when abundant, can entirely defoliate large elm trees, which eliminates summer shade and reduces the aesthetic value of trees. Repeated, extensive defoliation weakens elms, causing trees to decline. However, the elm leaf beetle has not been a significant, widespread problem in California since the 1990s."

"The elm leaf beetle develops through four life stages: egg, larva, pupa, and adult. Adults commonly overwinter in bark crevices and woodpiles or in buildings. In spring they fly to elm foliage and chew leaves, and females lay eggs. Eggs hatch into larvae that develop through three instars (growth stages) over a period of several weeks while chewing on foliage and then crawl down the tree trunk. Mature larvae become curled and inactive (a stage referred to as prepupae), then pupate, sometimes in large numbers, around the tree base. After about 10 days as pupae, adults emerge and fly to the canopy to feed and, during spring and summer, lay eggs. The elm leaf beetle has at least one generation a year in northern California and two to three generations in central and southern California."

Elm trees with massive defoliation can weaken the tree and pave the way for diseases and damage from other pests.

If you have elm trees, especially European elm species, and you have these little buggers all over them, you might want to access the UC IPM Pest Notes to see how to manage them. 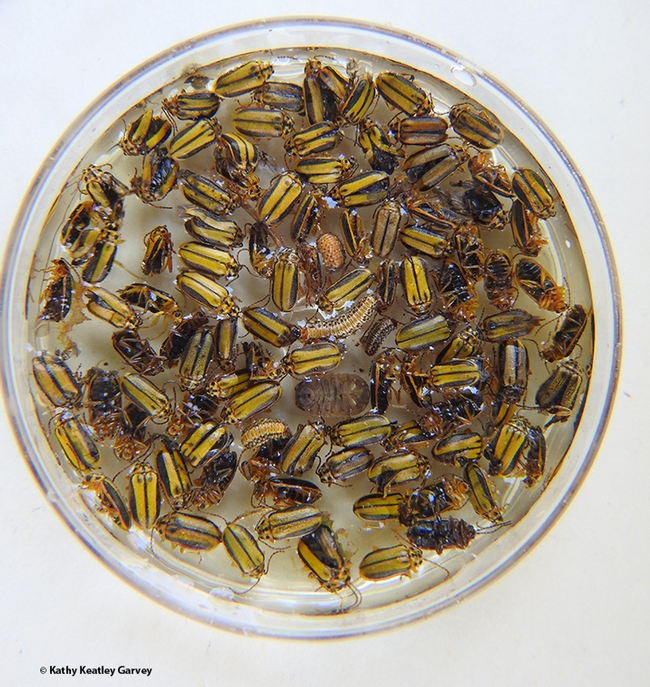 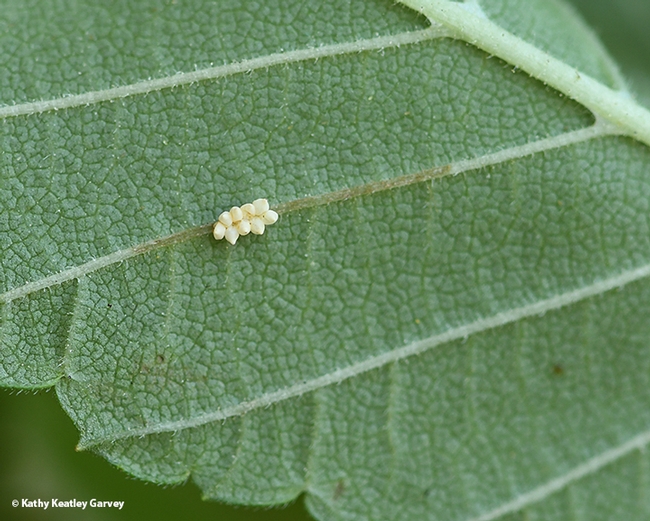 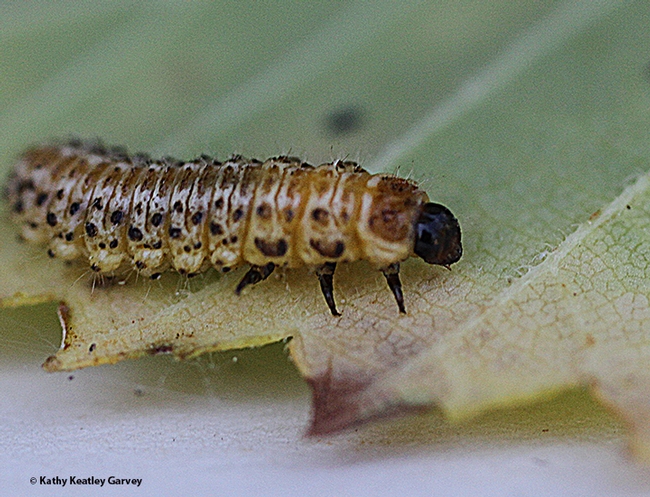 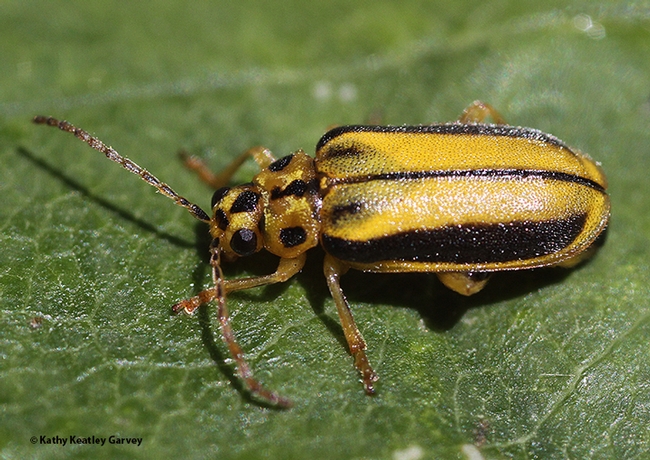 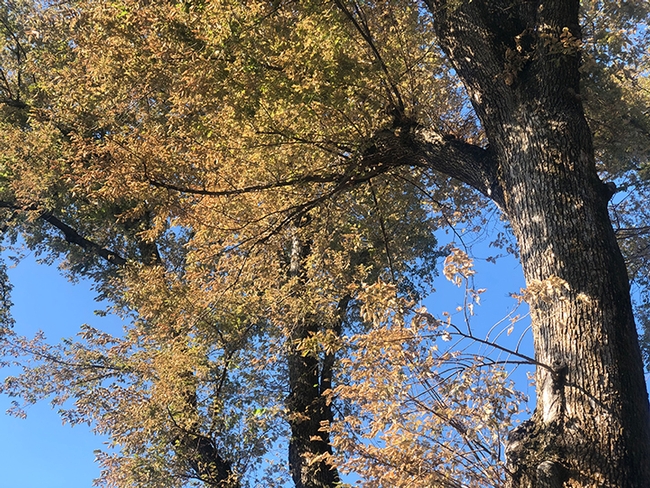 An elm tree on Buck Avenue, Vacaville, showing defoliation by the elm leaf beetle and its larvae. (Photo by Kathy Keatley Garvey) 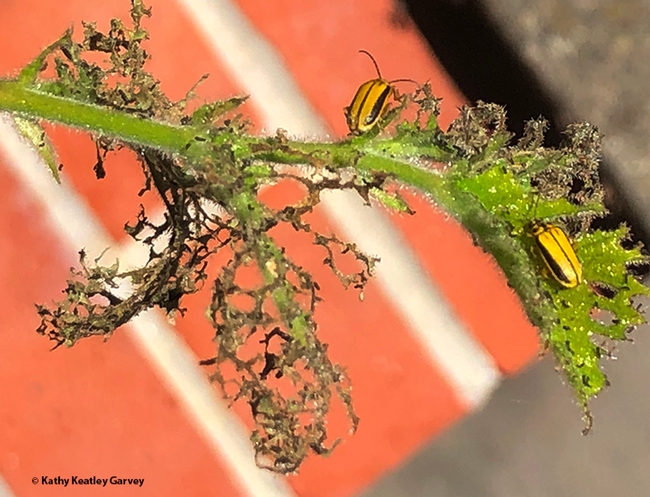