They know where they're going because their sisters tell them with their waggle dances.

Bees seem to really like the pollen on rock purslane (Calandrinia grandiflora). It's red, but they can't see red; red appears to them as black.

Beekeepers? When they open their hives and see all the different colors of pollen--including yellow, orange, pink, purple, white and red--do they know where the red might have come from?

Interestingly, last year a beekeeper in the Red Hook neighborhood of Brooklyn, N.Y., reported seeing red--red honey. Finally, she realized her bees had been sipping maraschino cherry juice from vats at a nearby maraschino cherry company and bringing red "nectar" back to the hives.

It didn't taste like honey. That's because it wasn't.

The New York Times noted: "A fellow beekeeper sent samples of the red substance that the bees were producing to an apiculturalist who works for New York State, and that expert, acting as a kind of forensic foodie, found the samples riddled with Red Dye No. 40, the same dye used in the maraschino cherry juice."

Bee can't see red but a lot of other folks did. 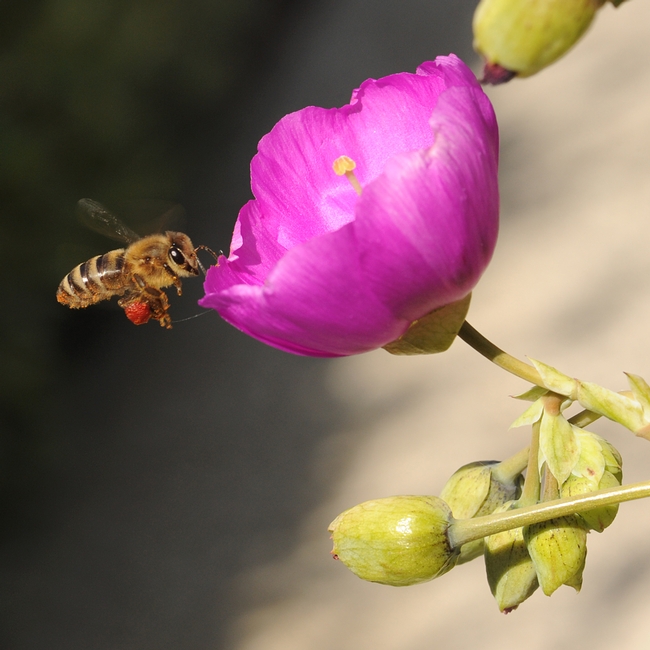 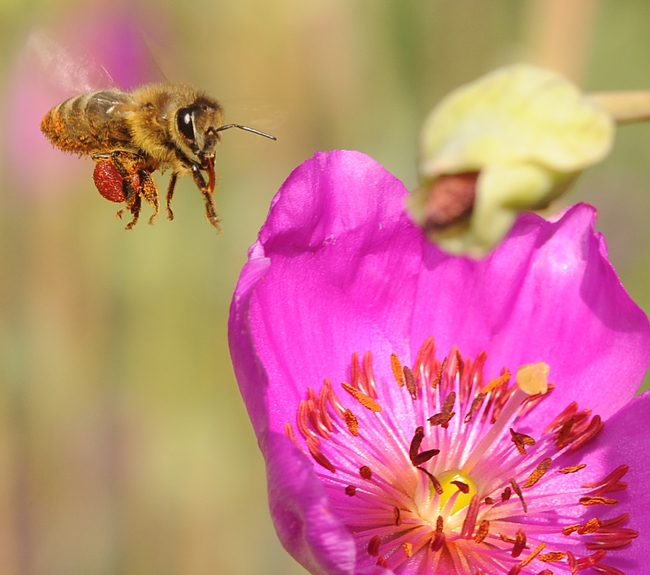