Hanna Kahl working in the field.
If you grow citrus, you've probably been “introduced” to the introduced European earwig, Forficula auricularia, the most common of the earwig species infesting the fruit here in California.

“They feed mostly at night and hide during the day,” according to the UC Statewide Integrated Pest Management Program. They hide in the bark crevices, mulch, and “protected compact plant parts such as dried, curled leaves, and under trunk wraps.”

“Earwigs feed on dead and living insects and insect eggs and on succulent plant parts, UC IPM says. "Earwig nymphs and adults will climb trees and feed on flower buds, leaves, and fruit of trees during the spring flush months (March through May). Nymphs tend to feed on plant material more than adults...Earwigs can be very problematic on young trees with trunk wraps or cardboard guards, in which they reside. They climb the trees and feed on the new leaves. Large numbers of earwigs can defoliate trees.”

Enter ecological pest management specialist Hanna Kahl, who recently received her doctorate in entomology from UC Davis, studying with UC Davis distinguished professor Jay Rosenheim. She'll present her exit seminar on “Herbivory of Citrus Fruit by European Earwigs in California” at 4:10 p.m, Wednesday, Sept. 29 in Room 122 of Briggs Hall. This in-person will be the first of the UC Davis Department of Entomology and Nematology's fall seminars. Many of the others will be virtual.

Kahl, awarded her doctorate in August, focused her research on understanding the role of European earwigs in California citrus; developing a whole systems approach to manage earwigs and other citrus pests; and feeding preferences of fort-tailed bush katydids and citrus thrips on California citrus.

She received an ongoing grant in 2019 from the Citrus Research Board on “Characterizing Earwig Damage to Citrus Fruits, and Damage Prevention using Trunk Barrier Treatment.” She also received a National Science Foundation Graduate Research Fellowship, awarded in 2017, and a 2018-19 Keller Pathways Fellowship (for entrepreneurship) from the University of California.

Kahl received her bachelor's degree in biology from Whitman College, Walla Walla; her master's degree in entomology from the University of Maryland, College Park. At Whitman College, she researched the effects of reservoirs as habitat barriers on song sharing of the birds, dickcissels. At the University of Maryland,  she focused her research topics on effects of red clover as a living mulch cover crop on arthropod herbivores, natural enemies, pollination and yield in cucumber; (2) consumptive and non-consumptive effects of wolf spiders on cucumber beetles and (3) effects of red clover living mulch on greenhouse gas emissions.  She studied abroad in a six-month School for International Training program in Jaipur, Rajasthan, India in 2010. Her research topic: Village dairy production in Haryana and Orissa.

Her current activities include being the chapter leader for Women in Data (WID), Sacramento.

Kahl's exit seminar will be recorded for later viewing, according to seminar coordinator Shahid Siddique (ssiddique@ucdavis.edu), a nematologist and assistant professor, UC Davis Department of Entomology and Nematology. The seminars take place every Wednesday at 4:10 p.m. Many are virtual. 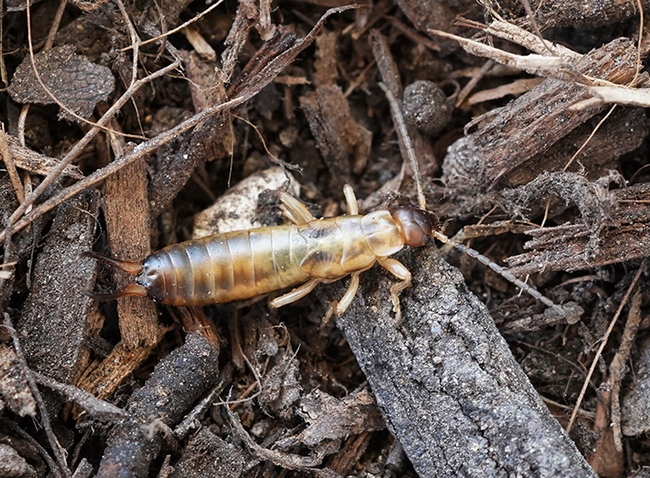