Bug Squad
sitenum=63
Happenings in the insect world
Hey There, Pumpkin! Prey Tell, Is That a Praying Mantis? Well, if your name is Allan Jones of Davis, Calif., and you capture images of insects throughout the year--especially at the 100-acre UC Davis Arboretum and Public Garden and the half-acre Häagen-Dazs Honey Bee Haven on Bee Biology Road--and you like to carve pumpkins as an art form, you know that insects and pumpkins go together. They go together very well.

"They generally are based on some coffee-related theme," Jones related. "This year I drew on a photo that lingered in my mind of a praying mantis leaning around a sunflower to go shopping for bees. It's a trick or treat, or maybe a bad-things-brewing situation."

"So I've gone back and found the source photo and it is nothing like the pumpkin image I've conjured from memory. But the story is still pretty much on point with artistic liberties taken with insect and flower anatomy."

How he does it: "I 'surface carve' each pumpkin like a wood carving with a v-gouge, then color them. This way they last a month or more as coffee house decorations. Most are coffee-joke pumpkins but I also like to carve natural subjects for fun, too."

An alumnus of UC Davis, Allan became an Aggie in 1961, receiving degrees in English and German in 1966, and his master's in English in 1972. He joined the doctoral program in 1973 "but I quit in 1974, making my summer job of inspecting tomatoes my career for 43 seasons (with California Department of Food and Agriculture for half of my career and then working with CDFA on an independent advisory board). I did some workmanlike macro photography of tomato defects and wider shots of the inspection process for training.“ 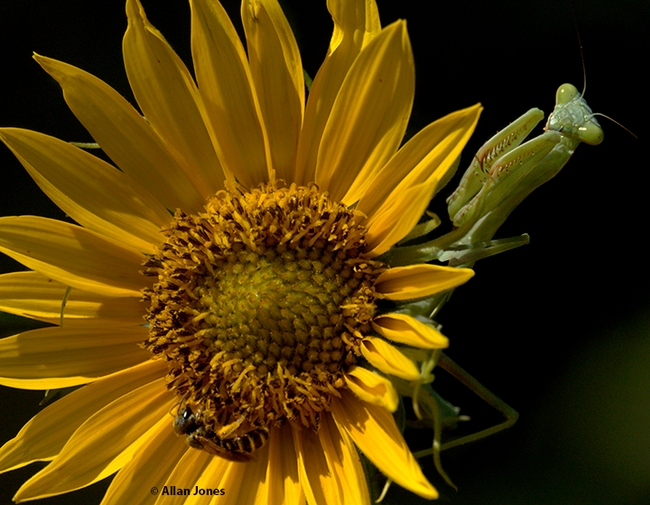 A praying mantis "shopping for bees" on a sunflower, became the subject of one of Allan Jones' carved pumpkins. (Photo by Allan Jones) 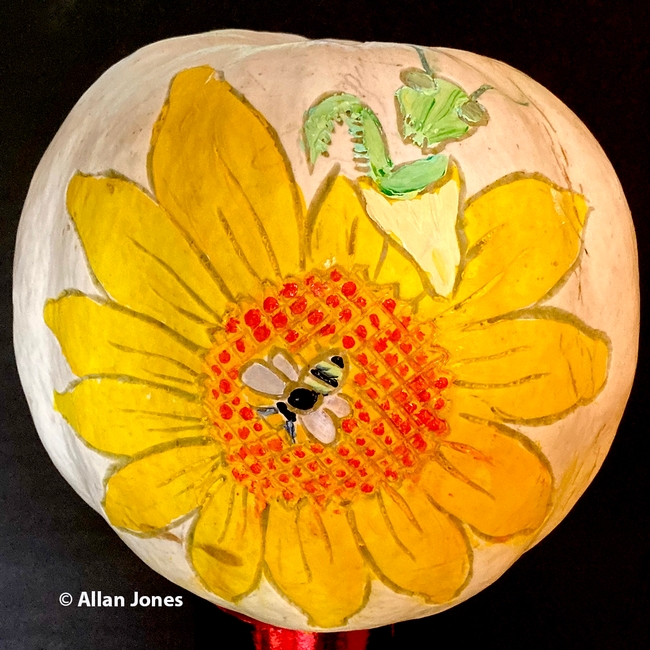 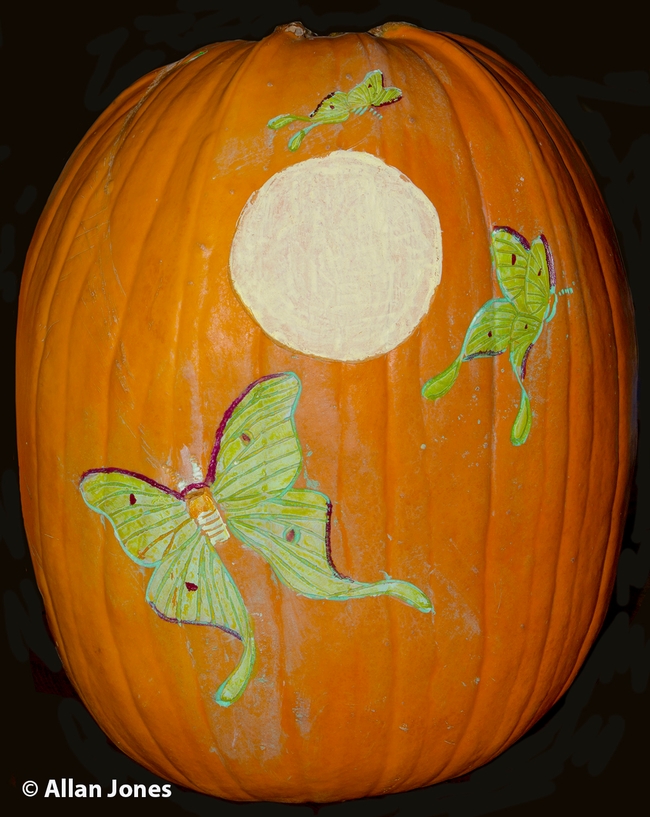 Images of a luna moth, Actias luna, found a home on one of Allan Jones' pumpkins. (Photo by Allan Jones) 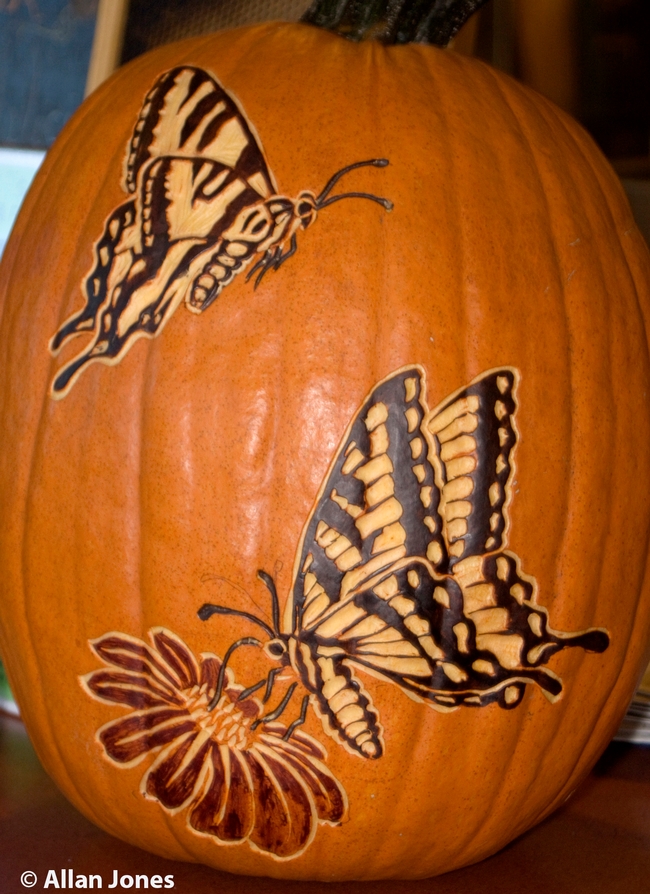