Marcus Kam of Malaysia won the "Best of Show" medal for his "Bugs Love" image and another medal for "Best Image by a Non-ESA Member" for "Sharing."
If you attended the Entomological Society of America's 2021 meeting last week in Denver, you probably saw a monarch laying eggs.

That is, you saw a photograph of a Danaus plexippus ovipositing.

The image, by Joe Virbickis of Washington, Ill., won a medal at International Insect Salon, a highly competitive annual event coordinated by the Peoria Camera Club, Illinois and showcased by ESA. Each year photographers worldwide are invited to submit images of insects, spiders, and related arthropods (such as barnacles, crabs, lobsters, shrimp, centipedes and millipedes).

An image must receive a minimum of 13 points of the maximum 15 points to be accepted into the show, said Virbickis, chair of the Peoria Camera Club's Insect Salon committee.  This year the judges accepted a little over 100 entries. The names of the winning photographers and their images are currently posted online.

The "Best of Show" medal went to Marcus Kam of Ipoh, state of Perak, Malaysia for "Bugs Love." Kam, an 11-year insect photographer, also won the medal for the "Best Image by a Non-ESA Member" for his "Sharing."

The monarch image? Here's the story behind the image. Joe Virbickis of Washington, Ill. won the medal for "Best Image by a Peoria Camera Club member."
Joe Virbickis. Virbickis, who began photographing insects in 2011, the year after he joined the Peoria Camera Club,  related he took the monarch image on common milkweed, Asclepius syriaca, in his backyard garden. "We plant several varieties of plants to attract and nurture pollinators."

"The story...I was searching our milkweeds for monarch caterpillars.  I did not find any, but to my surprise, I encountered this monarch laying eggs.  Fortunately, my movements to raise my camera did not startle her.  I was able to focus and shoot a burst of six images before she fluttered off. Unfortunately, I could not find the eggs to gather them.  I do not rear monarchs regularly.  A couple years ago, I managed to find, harvest and raise four monarchs for release.  It was quite exciting."

Virbickis created the image with his Canon 80D, and a 100-400mm Tamron lens, zooming in at about 200mm. "I have learned that monarchs can be skittish as they are sensitive to movement, sounds and shadows and I did not want to make any more movement than necessary."

A past president of the Peoria Camera Club and a repeat Insect Salon winner, Virbickis also won the same medal in 2012 and 2014 and has scored several acceptances over the years. "I have been interested in photography since age 12 and much of my collection is connected to travel (45 states and 7 countries)," Virbickis related. "I enjoy taking all sorts of images but wildlife, landscapes, nature, grandkids, travel and photojournalism are my favorites."

Virbickis worked as a school psychologist and director of special education from 1980 to 2015, and since then, has continued to work post-retirement as a part-time school psychologist. He has entered photographic competitions "within our local club, within our regional camera club association, in regional art fairs and some national/international contests (like the National Insect Salon).  Over the years I've had a good deal of success in competitions and have sold several prints. I like to print my images, as I believe printing is the logical conclusion of the photographic process. It is very satisfying to hold the physical representation of my works and share that with others.  Nothing beats watching someone get immersed in viewing one of my images and appreciate what I have captured. I have a very precious collection of prints of grandkids and the wildlife I have encountered over the years.  I try to capture stories in my images and share those stories with others." Tom Myers of Lexington, Ky., with some of his photography equipment. He won the medal for "Best Image by an ESA Member."
Tom Myers, Entomologist. Myers' image of a syrphid fly feeding won the ESA-member category. The Board-Certified Entomologist has been involved in insect research while at Purdue, Iowa State and the University of Kentucky. His work in insect biodiversity studies has taken him to the rain forests of South America, Africa, Australasia and Asia, and led to the discovery of numerous new species of insects. "I've had the honor of having three species of insects named after me."

Known world-wide for his skills as a photographer and entomologist, Myers has traveled to all seven continents, sometimes under the most extreme circumstances, "to document our world and the people and wildlife in it." His images have appeared in USA Today, The Rachael Ray Show, National Geographic publications and Nature's Best, among others. They are also widespread on the Internet, as well as on calendars and in newspapers, textbooks, TV news broadcasts and scientific guides.

Myers, who has worked in the urban entomology field for several years, owns a pest management company in Lexington, KY.  The National Pest Management Association and ESA extensively use his insect images. One recent image appeared on the Spring 2021 cover of American Entomologist. His images have won local, national, and international awards. His credits also include two invitational exhibits in Washington D.C. at the Smithsonian's National Museum of Natural History. Myers says he wants his photos "to convey the incredible array of colors, shapes, and behavior in earth's tiny creatures. It's something that people don't notice on a regular basis. When people see the insect diversity, they're in awe because they've never seen anything like that up close.”

Among the two California entries accepted was one by yours truly, Kathy Keatley Garvey. It depicts two passion butterflies, Gulf Fritillaries (Agraulis vanillae), "keeping busy." Garvey, a communication specialist with the UC Davis Department of Entomology and Nematology and a member of ESA, quips that it is "insect wedding photography." An image of two bees, titled "Bee 4066" by Nan Carder of Lancaster, Ca., a retired registered nurse and active in the Photographic Society of America, was the other California entry accepted.

ESA, founded in 1889 and headquartered in Annapolis, Md., is the world's largest organization serving the professional and scientific needs of entomologists and others in related disciplines. Its 7000-members are in educational institutions, health agencies, private industry, and government. 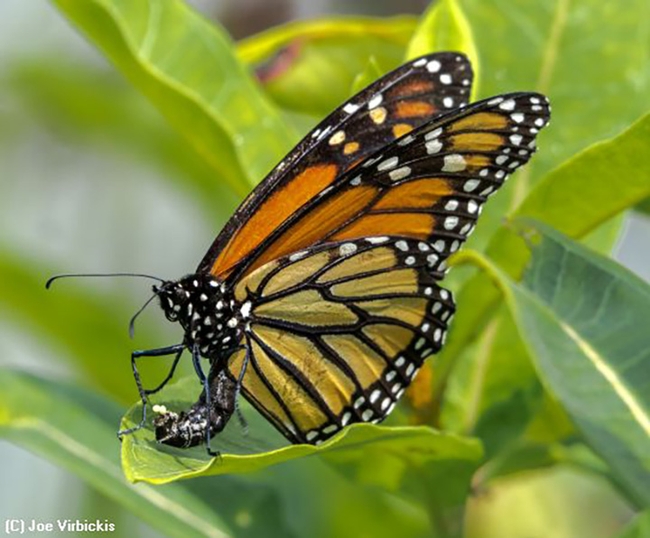 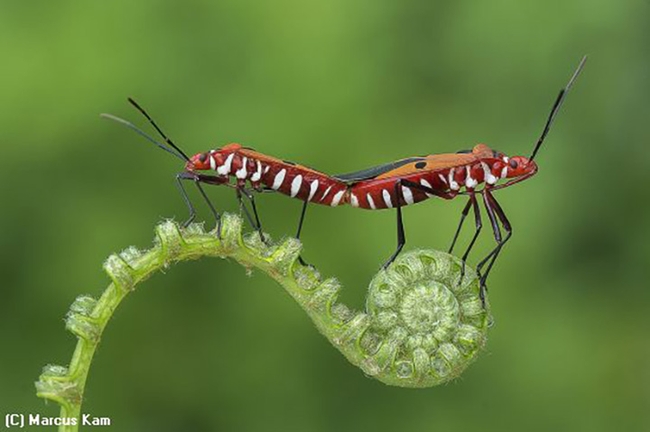 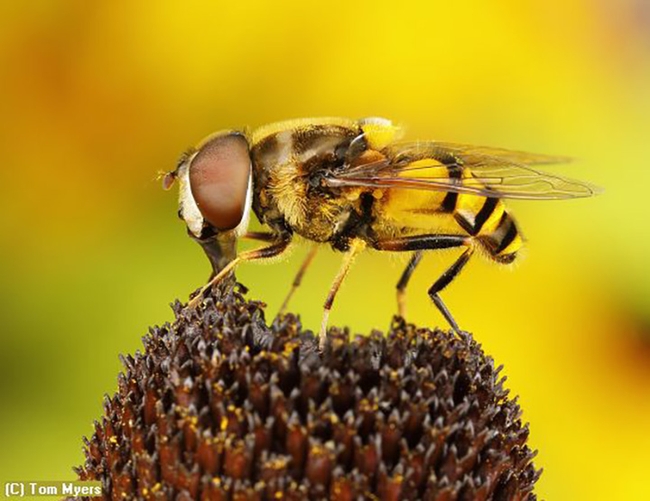 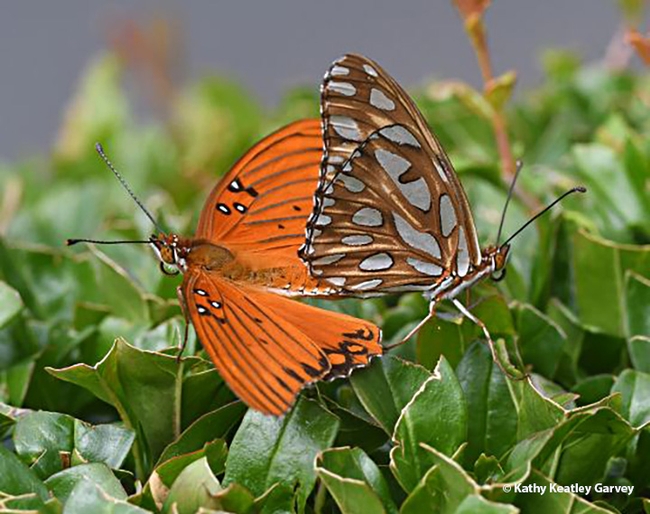