Zachary Griebenow served as a member of the 2018 Entomology Games national championship team. Here he answers a question in the championship match. (Photo by ESA)
Quick question:

That was one of the questions posed during the Entomology Games at the 2021 Entomological Society of America (ESA) meeting.

What, you ask, are the Entomology Games? A lively question-and-answer, college bowl-style competition on entomological facts played between university-sponsored student teams, as ESA says.

If you've ever been to the Entomology Games (formerly the Linnaean Games), you know how wonderfully educational and purely entertaining they are. Check out the list of YouTube videos in the championship matches.  The 2018, 2016 and 2015 videos are there. The UC Entomology Games Team (UC Davis and UC Berkeley) won the nationals in 2018, and UC Davis in both 2016 and 2015.

Next month is the Pacific Branch, Entomological Society of America (PBESA) competition, with the championship team and runner-up team eligible to complete in the nationals. The PBESA meeting takes place April 10-13 in the Hyatt Regency Sonoma Wine Country. Santa Rosa. The preliminary round is from 5 to 6 p.m., April 10. Plans are to hold three rounds with questions from each of the 10 categories: Biological Control, Behavior and Ecology, Economic and Applied Entomology, Medical-Urban-Veterinary Entomology, Morphology and Physiology, Biochemistry and Toxicology, Systematics and Evolution, Integrated Pest Management and Plant-Insect Interactions, History of Entomology, and Entomology in Popular Culture. (See 2021 sample questions.)

The final round is from 8 to 10 p.m., April 11.  Then the top two PBESA teams will head to the nationals.  The Nov. 13-16 ESA meeting n Vancouver, British Columbia is a joint meeting with the Entomological Society of Canada (ESC), and the Entomological Society of British Columbia (ESBC). The theme: "Entomology as Inspiration: Insects through Art, Science, and Culture."

Some of the questions asked at previous matches have involved the work entomologists affiliated with the UC Davis Department of Entomology and Nematology:

Q. Mary Lou Flint's textbook, IPM in Practice; Principles and Methods of Integrated Pest Management, cites the management of what invasive plant, first introduced to North America from Europe, as an "excellent example of classical biological control in the Western US?" This plant was controlled by importing the European chrysomelid beetle Chrysolina quadrigemina.
A. Klamath weed / St. John's Wort / Hypericum perforatum

Q: In early 2021, (Rebecca) Godwin and (Jason) Bond described 33 new species of the trapdoor spider genus Ummidia, including a species named in honor of what alt-country singer-songwriter, who was the most-nominated woman at the 2019 Grammy Awards? She has had success both as a solo artist and as a member of the all-female supergroup The Highwomen, and her annual music festival "Girls Just Wanna Weekend" is held in Mexico near the type locality of her namesake trapdoor spider. Name this singer.
A: Brandi Carlile

Q: What bee species, only known from California and Oregon, was added to the Endangered Species List in September 2021?
A: Franklin's bumble bee (Bombus franklini)

How about some more questions?

Q. Earwigs are known for their maternal care, but the species Anechura harmandi goes above and beyond in its support. What describes the extreme contribution of A. harmandi mothers to the success of their offspring?
A: Matriphagy; the survival rate of the offspring is increased when they consume their mother after parental care is complete

Q: Halictid bees parasitized by the strepsipteran species Halictoxenos borealis were recently shown to exhibit unusual behavior when visiting flowers. The parasitized bees did NOT collect or eat pollen; they instead bent their abdomens downward and pressed them against the flower. According to the authors of this study, how did this behavior directly benefit the first-instar strepsipterans living in the bees?
A: Pressing the abdomen against the flower makes it easier for the mobile first-instar strepsipteran larvae to move onto the flower and wait for a new host bee to arrive

Q: Most contact insecticides are able to penetrate the insect exoskeleton because they contain a fat-soluble compound. What is the term for this type of chemical compound?
A: Lipophilic compound

Q: The solitary bee Eucera pruinosa (formerly in the genus Peponapis) is an efficient pollinator of what crop? There are multiple correct answers, but one of them is particularly appropriate, considering what day it is.
A: Pumpkins, cucumbers, squash, and other cucurbits

Q: Animals in the livestock, poultry and aquaculture industries often consume feed that has been supplemented by insect protein. This protein frequently comes from Hermetia illucens, a dipteran known by what common name?
A: Black soldier fly

Q: The leafcutter ant, Atta cephalotes, has hardened, distinctly sharpened mandibles that allow it to efficiently cut leaves. What mineral found in the mandibles provides this distinct sharpness? This mineral is also a metallic element with atomic number 30 on the periodic table.
A: Zinc

Q: What entomological acronym was used to refer to a group of American women who worked as auxiliary service pilots for the US during World War II?
A: WASP (Women Auxiliary Service Pilots)

Q: In 2018, Rachel Brosnahan won an Emmy for Outstanding Lead Actress in a Comedy Series, for playing a character with what dipteran nickname?
A: Midge (Miriam ‘Midge' Maisel from The Marvelous Mrs. Maisel)

Q: What British guitarist, who died in 2001, was memorialized by a pine tree planted in Los Angeles' Griffith Park? In an unfortunate, and somewhat ironic, development, the pine tree was later killed by an infestation of beetles.
A: George Harrison of The Beatles

Q: Keteoko is a traditional "honey feast" celebrated by the Enawene-Nawe people indigenous to the Brazilian Amazon. In order to collect large amounts of wild honey for the feast, the Enawene-Nawe have developed their own classification system, based on morphology, behavior, nest structure, and honey flavor, for identifying native species of what type of bee? Please answer with the common or scientific name of a tribe of Apidae.
A: Meliponini, stingless bees

Q: What insect family is essential for the production of iron gall ink? The ink is made using tannins extracted from oak galls, which are induced by larvae of this family.
A: Cynipidae

Did you get them all correct? 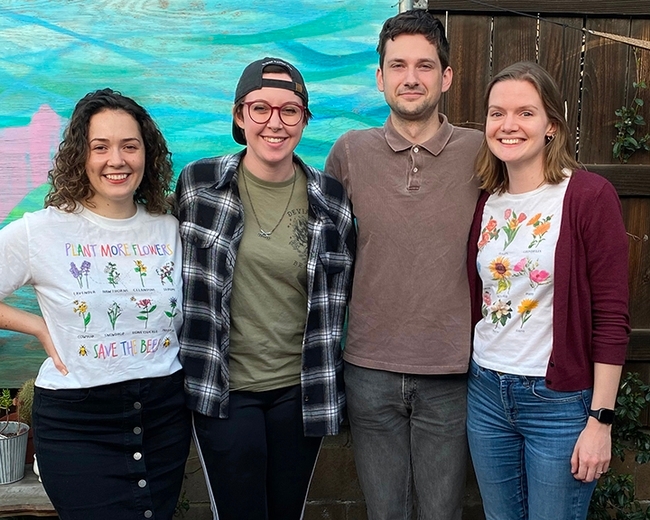 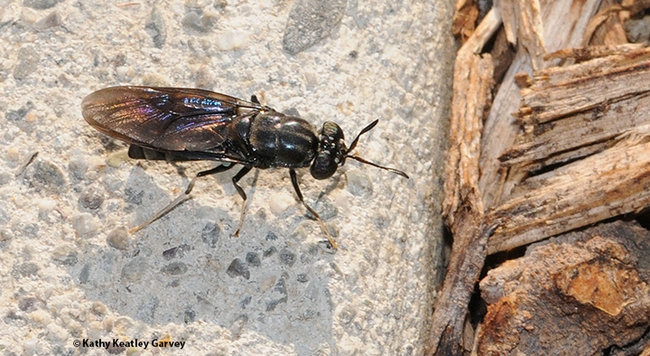