Karen Kiyo's pooch, Django, helped greet the crowd at an educational booth staffed by members of the California Master Beekeeper Program. (Photo by Kathy Keatley Garvey)
The California Honey Festival helped take the sting out of the COVID-19 pandemic.

After a two-year hiatus, the festival buzzed with life last Saturday, May 7 in downtown Woodland as visitors delighted in the bees, honey, music, food, arts and crafts, and children's activities. An estimated 40,000 attended, according to co-founder Amina Harris, director of the UC Davis Honey and Pollination Center at the Robert Mondavi Institute.

Wendy Mather, program manager of CAMBP, donned a bee costume to greet the crowd. Youngsters rushed up to her, adults took photos, and at least one dog, a bulldog named Bentley, barked at her.

So much happiness. So many memories. So much fun.

The California Honey Festival, launched in 2017, aims to inspire "people of all ages to protect and celebrate bees and other pollinators," Harris said. Some 100 vendors rented space. 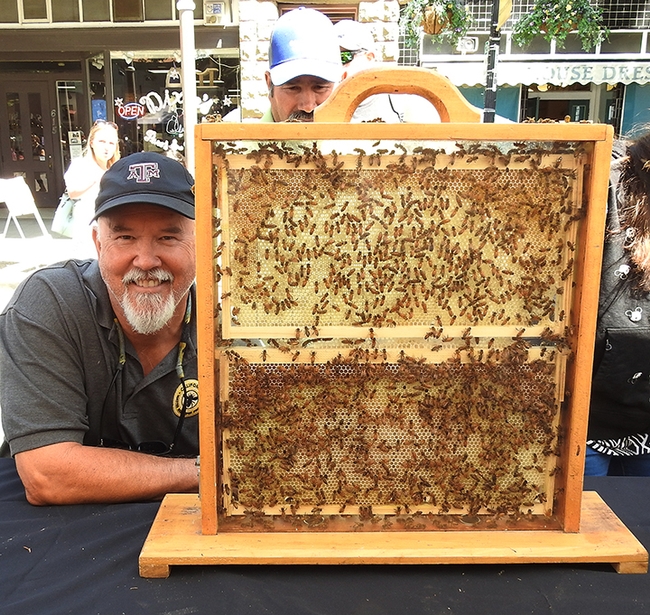 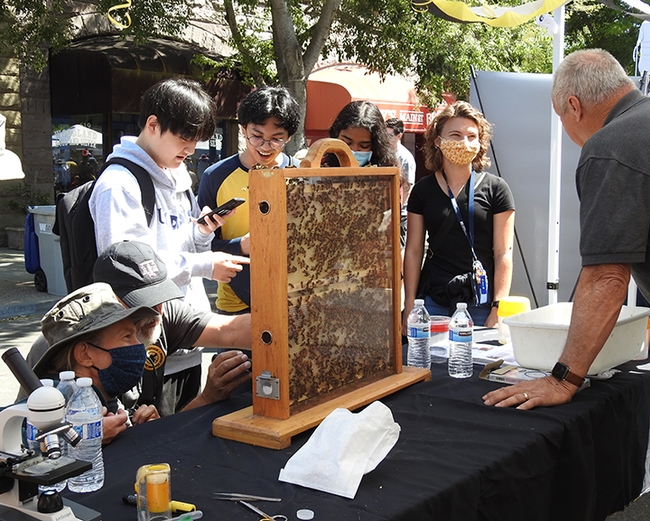 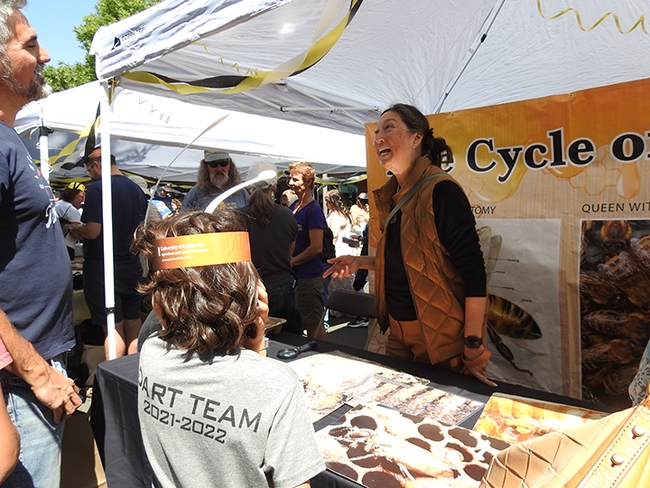 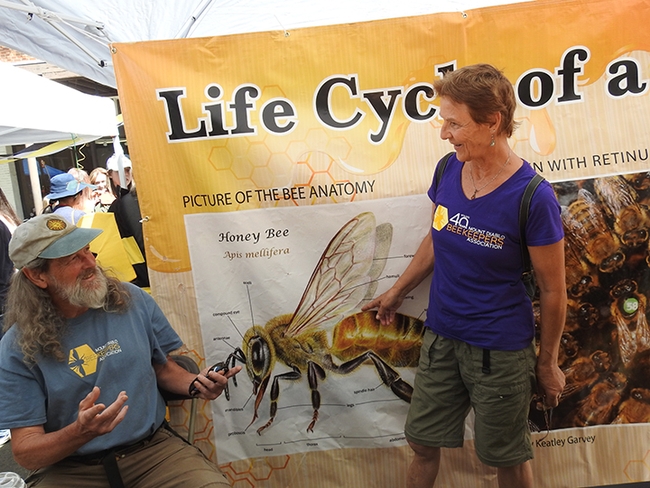 CAMBP members Peter Schumacher and his wife, Barbara, of San Ramon, chat in front of a bee poster. (Photo by Kathy Keatley Garvey) 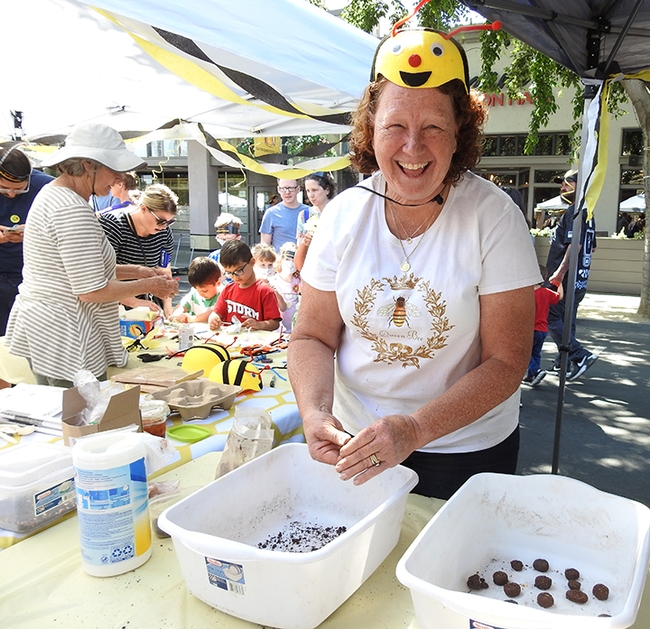 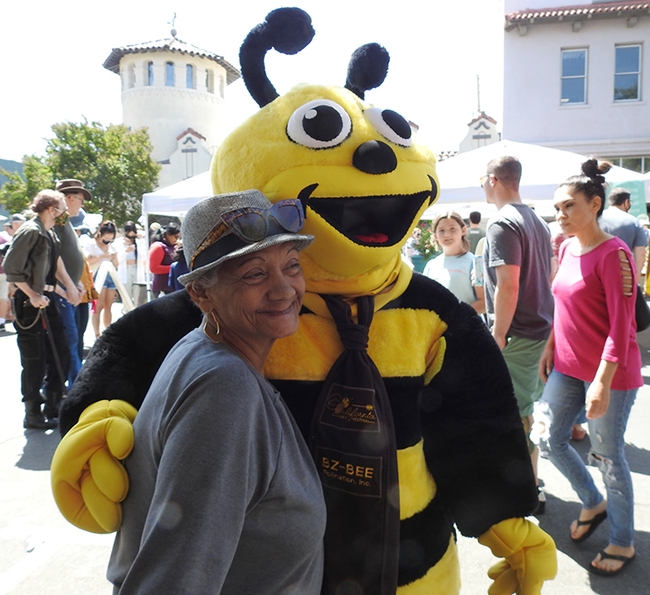 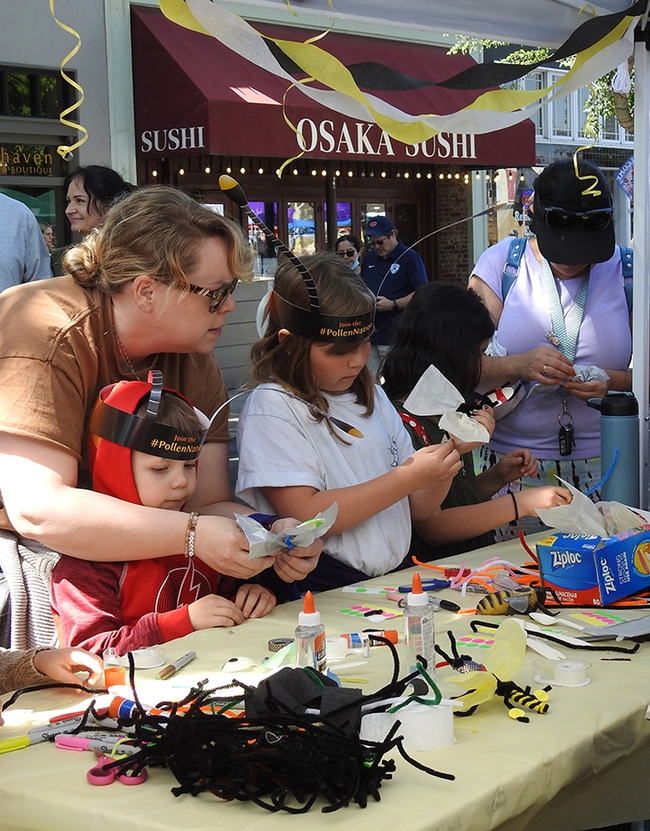 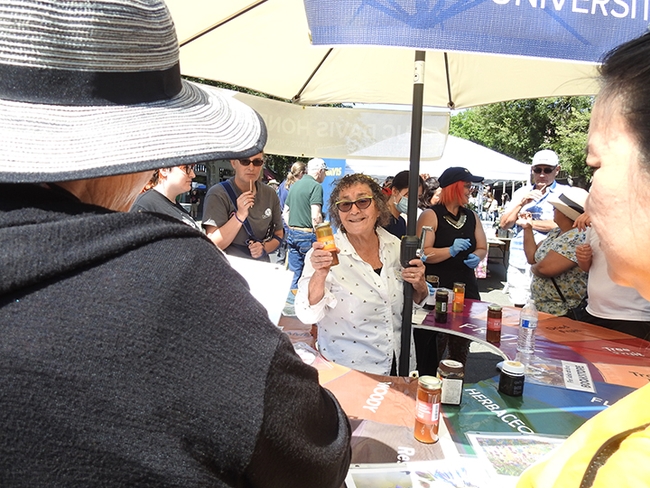