"Weeping Rocks" will showcase the 50-year research of butterfly guru Art Shapiro, a UC Davis distinguished professor with the Department of Evolution and Ecology, College of Biological Sciences.

The full-length documentary will be produced by 2010 UC Davis alumna Jackii Chun.

As you may know, Shapiro has been studying the butterfly populations at 10 sites in Central California since 1972 and is drawing global attention. He maintains a research website, Art Shapiro's Butterfly Site, aka Art's Butterfly World, where you'll find his work on scores of butterflies, from those majestic monarchs, Danaus plexippus, to those not-so-majestic cabbage white butterflies, Pieris rapae, (larvae of the cabbage whites are pests of cucurbits).

Anderson relates that Weeping Rocks is in production and funds are being raised on Kickstarter. It could be released as soon as 2023.

"The documentary looks at climate change through scientific research of those who study insects," Anderson writes, adding that he "has been counting butterflies for 50 years. His long-term data points to disturbing decreases in butterfly abundance across California. The name of the film comes from a site in Nevada County that drips water constantly, producing a lush, tropical effect — and attracting butterflies."

The film's director, Karlis Bergs (his previous film, Threshold, focused on bees) told Anderson: "We use his research as the backbone of the story about insects and people who work with them. His story is [interspersed] with shorter segments on other researchers. It creates a bigger picture.”

Bergs, who met Shapiro in 2019 when he was a student at the California Institute of the Arts, remembers reading an article about him, got in touch with him, and began filming him on his sites. “He's an amazing man who is eager to share his knowledge with anyone who asks,” Bergs told Anderson.

That he is. We remember following Shapiro, huffing and puffing at times, up Gates Canyon in Vacaville on Jan. 25, 2014. It's one of his fixed routes at ten sites that range from the Sacramento River delta, through the Sacramento Valley and Sierra Nevada mountains, and to the high desert of the western Great Basin. "The sites," Shapiro says, "represent the great biological, geological, and climatological diversity of central California."

The North American Butterfly Monitoring Network (NABA) website praises his work: "Art Shapiro began monitoring 10 transects in 1972 and has been conducting bi-weekly monitoring of those sites ever since. He also monitors an additional site as part of NABA's Seasonal Count Program! Art's program is the longest continually running butterfly monitoring project in the world, predating even the British Butterfly Monitoring Scheme." 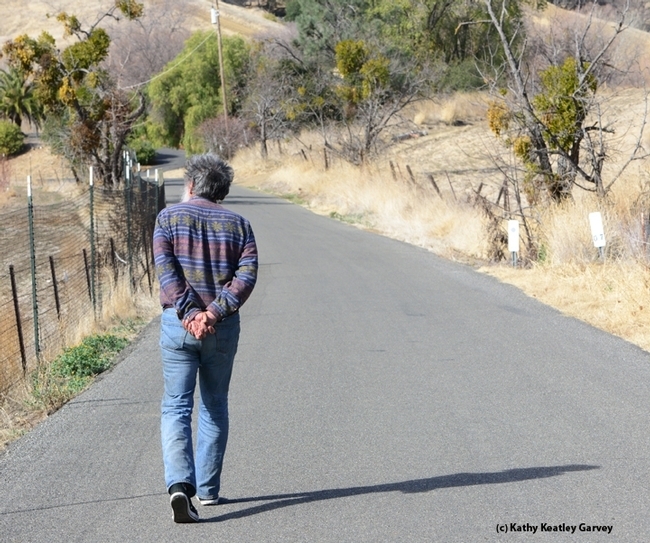 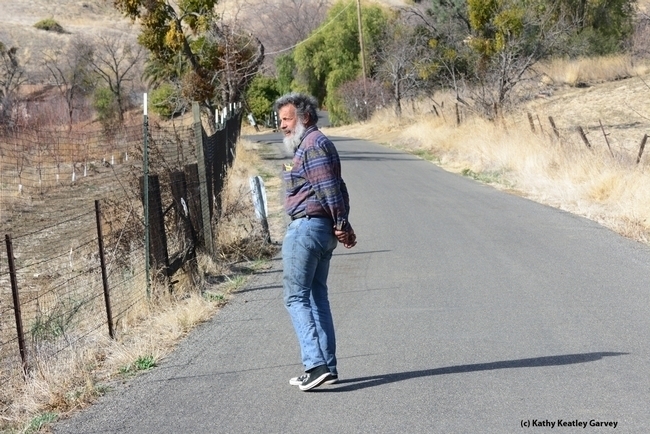