The lure of spiders is what drew Marta Erismann, 8, of Sacramento to the open house. (Photo by Kathy Keatley Garvey)
If a picture is worth a thousand words, what are a series of photos taken at an open house showcasing spiders and other arachnids worth?

Photos, that is, of children's candid expressions?

The event drew Iael Raij-Hoffman, a postdoctoral scholar in the UC Davis Department of Land, Air and Water Resources, and her son, Shaked Hoffman, 5, of Davis.

Marta Erismann, 8, of Sacramento, attended with her father, Fernando Erissmann. "She has her sights set on attending UC Davis when she grows up," the father shared. He said he will be studying biomedical engineering in graduate school this fall at UC Davis.

Alexis Rainwater, 8, of Woodland, attending with her parents, participated in many of the activities, including crafting a spider, and submitting a name for the new species of spider in a contest coordinated by the Jason Bond arachnology lab.

Twenty-one-month-old Eleanor Bielski was fascinated by a jarred spider specimen that her mother, Laura McKay held up for her to see. Alexis Rainwater, 8, of Woodland, shows the spider she hand-crafted. (Photo by Kathy Keatley Garvey)
One family came all the way from San Jose to attend the open house. Nine-year-old twin boys, Siddharth and Vedant Revo participated in all the activities.

The open house, "Eight-Legged Encounters, " was a free, family friendly event and an opportunity to talk to the "powerhouse" of arachnologists enrolled in the American Arachnological Society (AAS) conference at UC Davis. The open house kicked off their June 26-30 meeting.

Some 20 tables with exhibits and hands-on activities lined the hallway of Academic Surge on Crocker Lane, UC Davis campus.  The Bohart Museum, located in Room 1124,  showcased spiders as well as insects. The museum houses a global collection of eight million insect specimens, as well as a live "petting zoo" (Madagascar hissing cockroaches, stick insects and tarantulas) and an insect-themed gift shop.

Hebets seeks to educate the public “about the wonders of biology and the possibility of scientific discovery using a charismatic and engaging group of animals--arachnids. Arachnids (spiders and their relatives) are ubiquitous, thriving in most habitable environments on our planet (including underwater),” she says on her website.

On Tuesday, June 28, AAS is sponsoring a series of arachnid lectures, free and open to the public, from 7:30 to 9 p.m. in the newly constructed 600-seat lecture hall, California Hall. The event will be casual, with scientists discussing their work, Bond said. 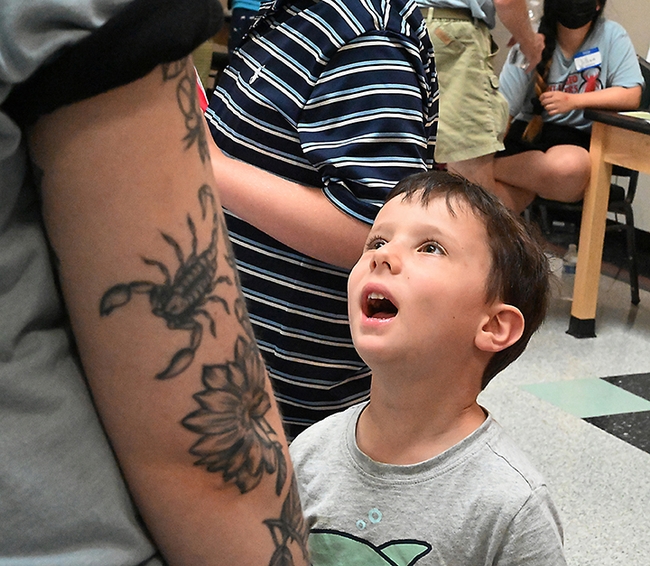 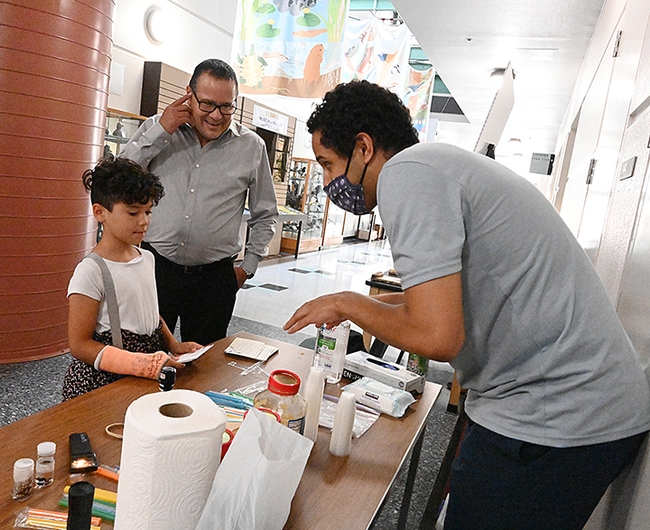 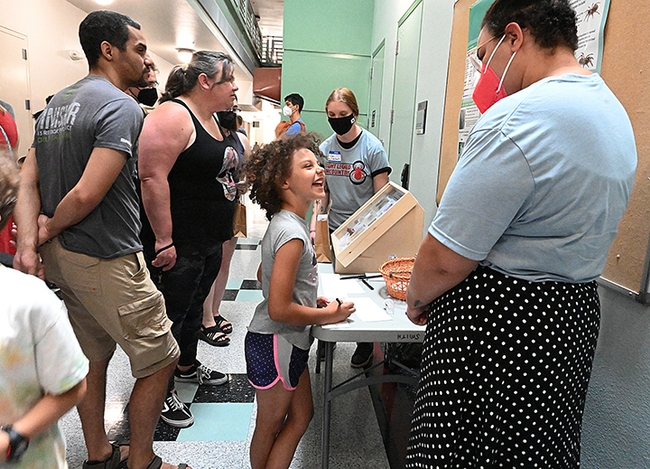 Alexis Rainwater, 8, of Woodland, delights in chatting with Iris Bright of the Jason Bond lab. "Alexis likes spiders," her mother said. "And she's a model." Bright will be a first-year doctoral student in the fall. (Photo by Kathy Keatley Garvey) 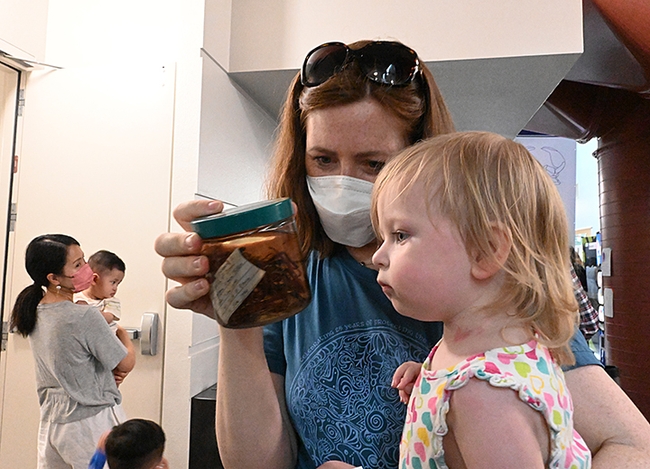 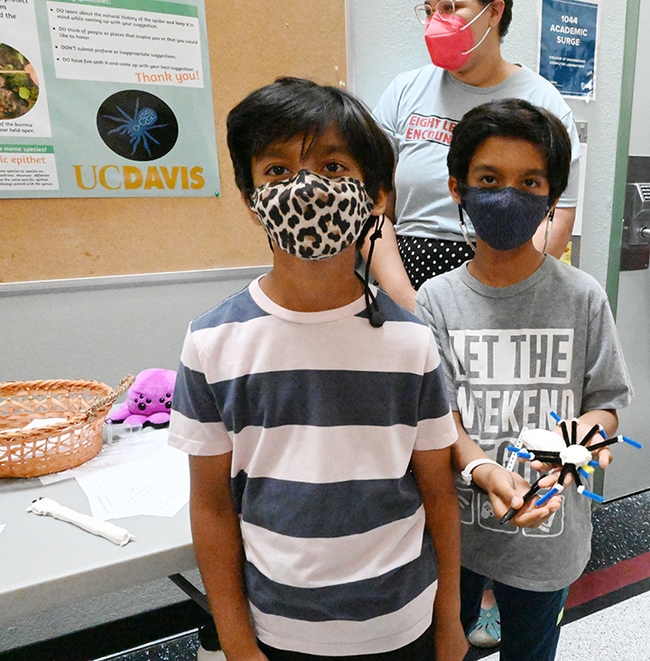 Nine-year-old twins Vedant (left) and Siddharth Revo of San Jose participated in all the activities at the open house. Siddharth is holding a spider he crafted.(Photo by Kathy Keatley Garvey) 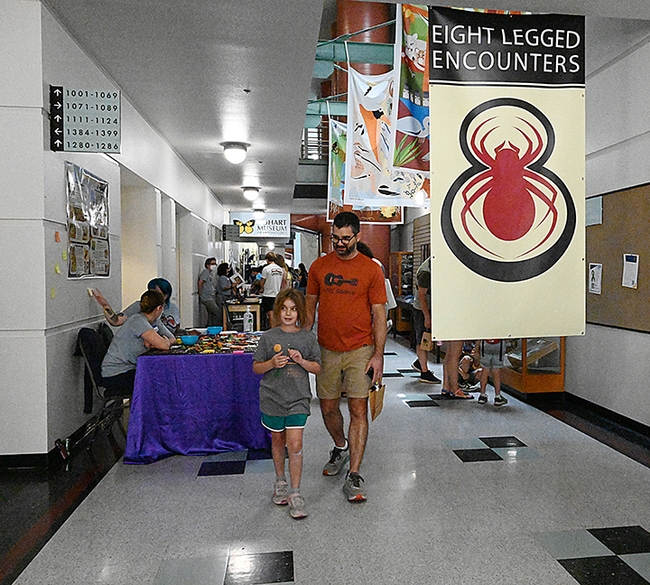