Bug Squad
sitenum=63
Happenings in the insect world
Spiders and Insects, Oh, My!

Gregory Zebouni of Davis, program manager of the Bruce Hammock laboratory, UC Davis Department of Entomology and Nematology, decided he wanted to attend the UC Davis "Eight-Legged Encounters" open house, co-hosted by the Bohart Museum of Entomology and the American Arachnological Society.

His wife, gastroenterologist-hepatologist Valentina Medici, on the faculty of the UC Davis School of Medicine, was unable to attend.

So he asked his son Niccolo, 7, and daughter, Clio, 9, if they wanted to head over to the Academic Surge Building on Crocker Lane and participate in the spider and insect activities.

"They first were reluctant to go," he acknowledged. "They preferred to go to the pool and Clio has some level of arachnophobia like her dad!"

"However, when they started walking in the corridors of the building and seeing the stuffed animals and then the insects (in the Bohart Museum), holding walking sticks in their hands, and then discovering the treasures of the butterflies' collections, then they did not want to leave and we spent a couple of hours there!" Zebouni said.

"They visited and played at all the exhibits in the hallway. They gave their first names to be immortalized in the naming of the newly found spider by Jason Bond."  (Bond and his lab were inviting students 18 and under to suggest names for a new species of trapdoor spider from the genus Promyrmekiaphila.)

A favorite activity at Eight-Legged Encounters? "We were all very much intrigued by the spider who would throw a sticky ball to catch moths at night."

The open house kicked off the annual meeting of AAS, co-hosted by Bond, associate dean of the College of Agricultural and Environmental Sciences, and the Evert and Marion Schlinger Endowed Chair in Insect Systematics,  Department of Entomology and Nematology.

During the Zebouni visit, entomologist Jeff Smith, curator of the Lepidoptera collection, and Bohart associate Greg Kareofelas, a naturalist and insect enthusiast, showed them butterflies and moths.

It was a great Saturday afternoon, the trio agreed. Nobody missed the pool.

And that arachnophobia? Well, it dissipated! 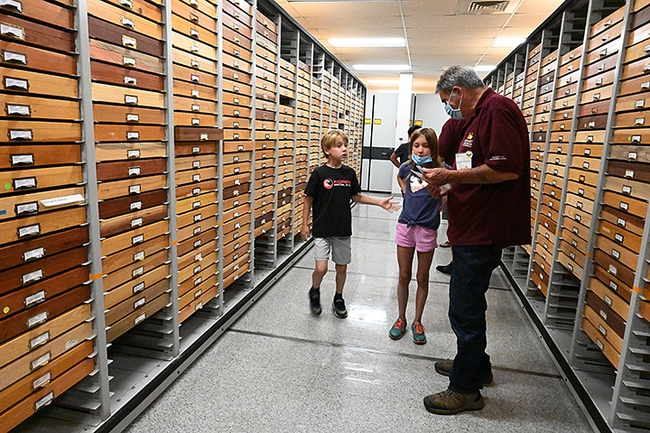 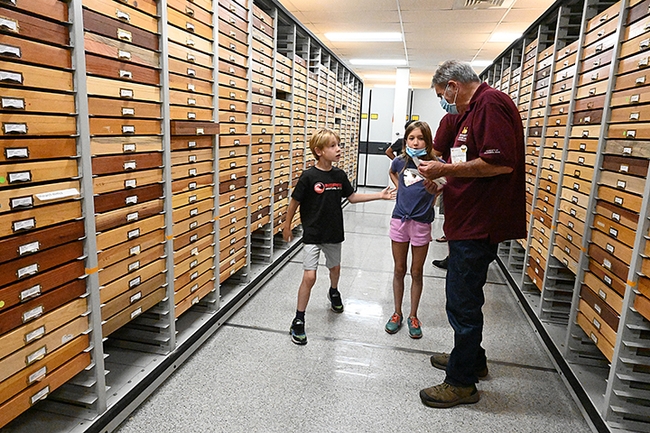 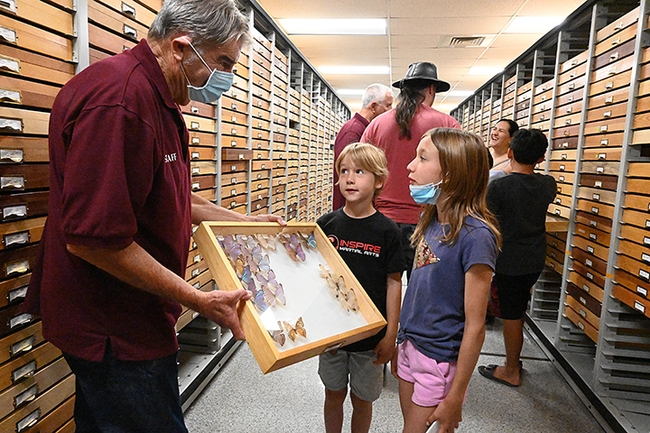 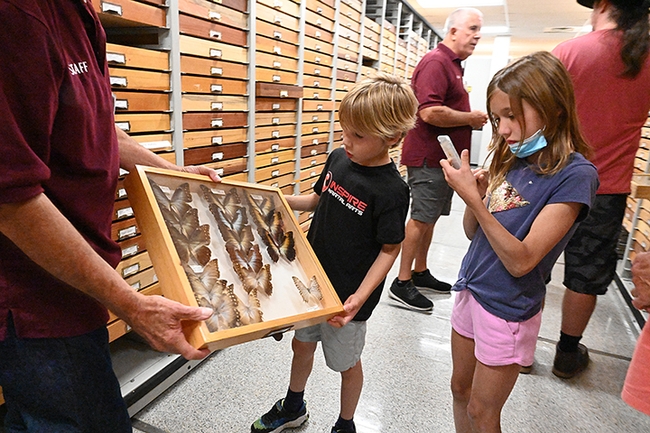 A closer look--Niccoli examines the collection while Clio pulls out her cell phone to get a quick picture. In back is entomologist Jeff Smith, curator of the Lepidoptera collection at the Bohart Museum. (Photo by Kathy Keatley Garvey) 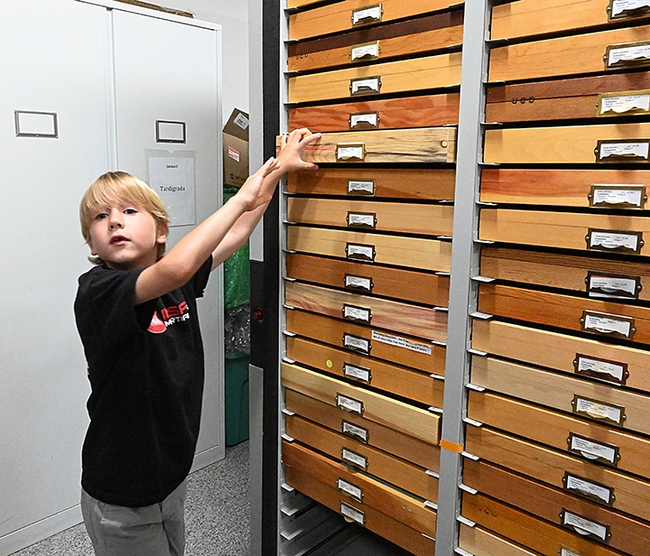 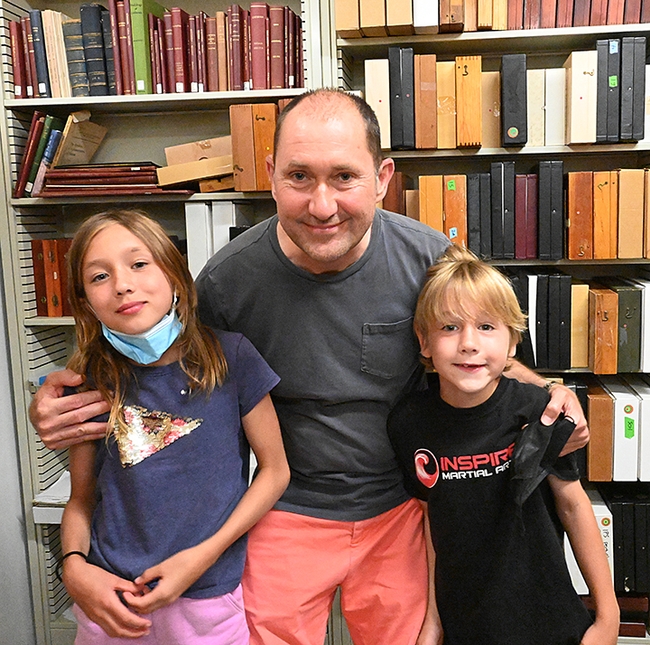