A orbweaver and its web. (Photo by Kathy Keatley Garvey)
A little yarn, a little glue and a little confetti--and attendees at the recent "Eight-Legged Encounters" open house, co-hosted by the UC Davis Bohart Museum of Entomology and the American Arachnological Society (AAS), learned how spiders have evolved to capture their prey more efficiently.

"Tens of millions of years before the orb web evolved, spiders used major ampullate silk in various forms (lampshades, tangles, sheets, funnels, etc.)," according to AAS member Eileen Hebets of the University of Nebraska, who co-hosted the open house as part of her National Science Foundation grant, "Eight-Legged Encounters," aimed at providing community outreach programs, especially for youth.  "The first webs were horizontal and were not orbs. Currently, scientists believe that orb web evolved only once."

The open house kicked off the AAS meeting on the UC Davis campus. Arachnologist Jason Bond, associate dean of the UC Davis College of Agricultural and Environmental Sciences and the Evert and Marion Schlinger Endowed Chair in Insect Systematics, UC Davis Department of Entomology and Nematology, is co-chairing the June 26-30 conference. "It was about about cribellate and ecribellate silk--or sticky and not-sticky silk,"  said Keller, a Bohart Museum scientist who studied for her doctorate with UC Davis distinguished professor Lynn Kimsey, director of the Bohart Museum.  "Some spiders produce silk and place small drops of 'sticky glue' along the silk fibers in a web and that glue traps prey when they hit the web. Other spiders produce 'fuzzy' silk, for lack of a better word, and they spin it very close together. The station was set up to have glue silk and non-glue silk."

Said Keller: "Participants put glue on a string and then dragged that string across some 'confetti' and we looked at 'prey capture.' The second part of that station was to comb out a piece of yarn to simulate textured silk. So participants combed out the string of yarn and then dragged the string across  the 'prey' confetti. That pointed out that you don't need to have a sticky glue web to capture prey."

"It was nice to see so many folks out to an event about arachnids," Keller said. "We normally have many people out visiting the Bohart on our weekend open houses. But this was different because it focused on 8-legged invertebrates. It was such a great event getting back in person and interacting with families. It made me realize how much I have missed these outreach events and open houses where we share our passion for insects and science."

The next Bohart open house is set from 1 to 4 p.m., Saturday, July 16 and will celebrate 50 years of the California dogface butterfly (Zerene eurydice) as the state insect. The state Legislature designated the butterfly as the state insect in 1972. Keller and Bohart associate Greg Kareofelas will share their expertise on the insect. The event is free and family friendly. 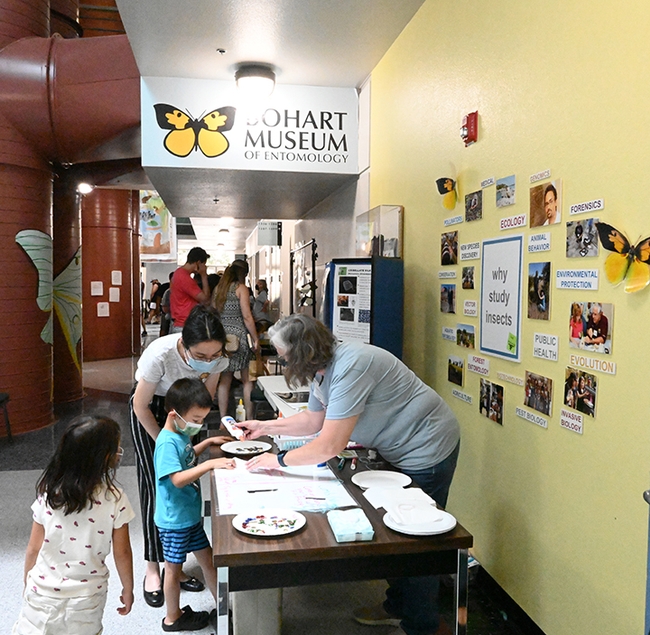 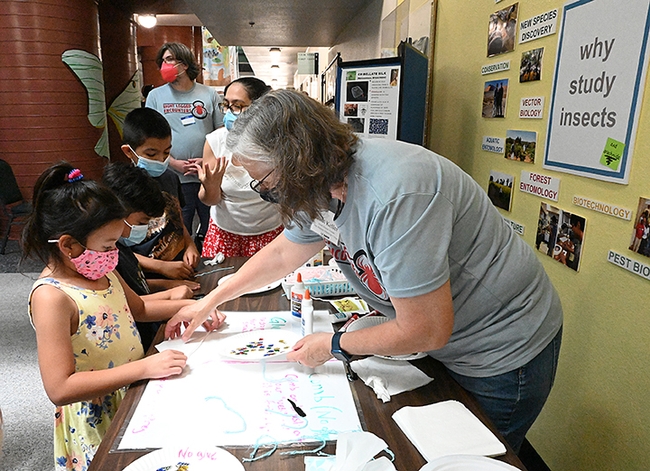 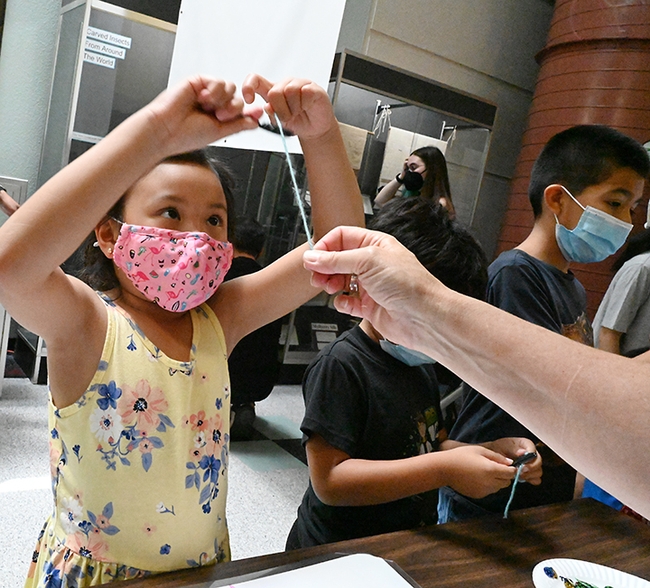 A participant combs yarn as part of the hands-on activity in the sticky vs. non-sticky spider silk station. (Photo by Kathy Keatley Garvey) 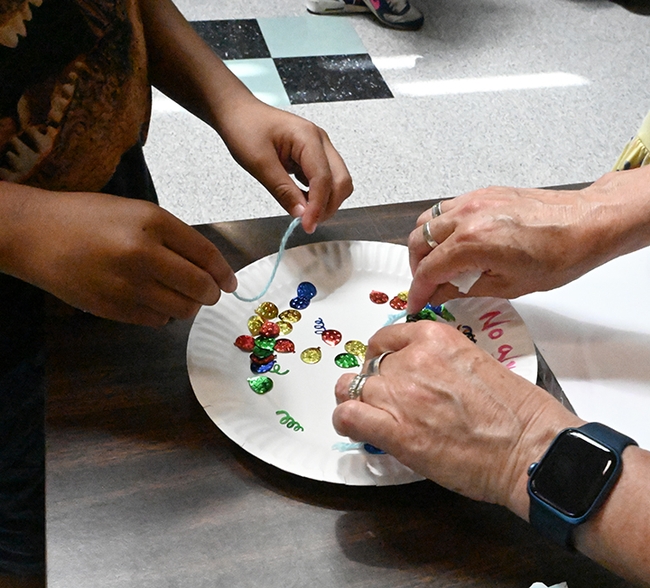