Do you have a question about wasps or want to learn more about them? Holotype specimen of Mymaromella mira, a microscopic parasitic wasp. (Image courtesy of Wikipedia)
Be sure to attend the free and family friendly Bohart Museum of Entomology open house on "Weird and Wonderful Wasps" from 1 to 4 p.m., Sunday, Sept. 25 in Room 1124 of the Academic Surge Building, 455 Crocker Lane, UC Davis campus.

It's the first open house of the academic year and will focus on Asian giant hornets, aka "murder hornets," pteromalids, oak galls, and fig wasps, among others.

The family arts-and-crafts activity will be to create "gall ghosts."

Visitors are also invited to hold and take images of the insects from the live "petting zoo," which will include Madagascar hissing cockroaches and stick insects, also known as "walking sticks."

Visitors will learn about the smallest fairy wasps to the "murder hornets"; what role wasps play in plant galls and figs; and how to distinguish a parasitoid from a parasite.  Lynn Kimsey, director of the Bohart Museum and a UC Davis distinguished professor of entomology, will discuss the Asian giant hornet, Vespa mandarinia,  dubbed by the news media as “the murder hornet." The Entomological Society of America recently established as its official common name, “northern giant hornet.” A female fig wasp, Blastophaga psenes. (Image courtesy of Wikipedia)
Kimsey, an authority on the giant hornet and a two-term past president of the International Society of Hymenopterist, says the insects probably "hitched a ride" in a cargo box shipped from Asia to a North American seaport. The insect is considered the world's largest species of hornet and can reach up to 2 inches in length. A few hornets can destroy a bee colony, decapitating the honey bees, in a matter of hours.

Kimsey and two other wasp experts published “The Diversity of Hornets in the Genus Vespa (Hymenoptera: Vespidae; Vespinae); Their Importance and Interceptions in the United States,” in the journal Insect Systematics and Diversity in May of 2020. (See https://bit.ly/3BVZ34Y)

Fairy wasps, which belong to the family of chalcidoid wasps, are tiny insects that include the world's smallest known insect, with a body length of 0.139mm, and the smallest known flying insect, only 0.15mm. All known fairy wasps are parasitoids of the eggs of other insects.

Other special events planned by the Bohart Museum this year include:

Saturday, Oct. 15, 1 to 4 p.m.
Insects, Art & Culture
Visitors will learn about insects through the lenses of art and culture.   This event is part of Spirit Week (Oct. 10-16) for Aggie students, parents and alumni, but all are welcome.

Saturday, Oct. 15, 11 to 11:50 a.m.
Special Talk: Plants, Insects and Art: Mary Foley Benson's Scientific Illustrations
Location: Teaching and Learning Complex (TLC) Building, 482 Hutchison Drive, UC Davis campus
This event is part of Spirit Week for Aggie students, parents and alumni, but all are welcome. Srdan Tunic, a candidate for a master's degree in art history and a Bohart associate, will be highlighting the scientific illustrations of Mary Foley Benson (1905-1992), formerly of the U. S. Department of Agriculture's Bureau of Entomology and the Smithsonian Institution and who later worked for UC Davis entomologists. Much of her work appears on campus. (See research story on the artist by Malcolm Furniss)

Sunday, Nov. 6, 1 to 4 p.m.
Dragonflies Rule!
Dragonflies are described as "the ultimate predator both in the water and the air." Visitors will meet scientists and natural historians who will share information on the world of dragonflies. 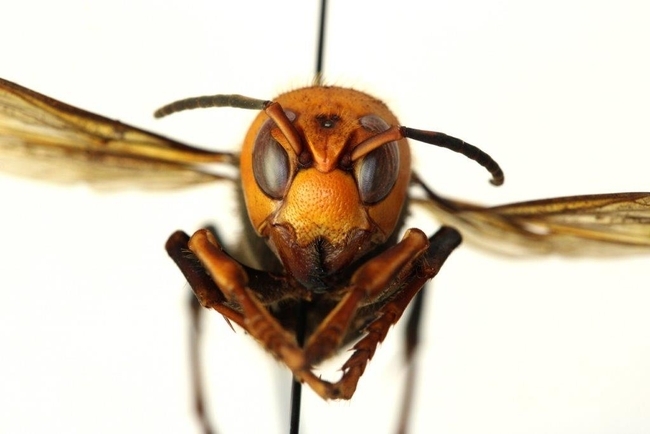