I had just completed 19 weeks Master Gardener training when Ted gave me my first plant identification challenge. Ted has a gorgeous garden of flowers and abundant vegetables that he has tended for decades in Trinidad. He had never seen such a shrub that volunteered in his horse pasture.

My first search was on California Native plants site with photographs of 7,988 native plants in California, I narrowed the database search to shrubs in Trinidad. Ted's mystery plant was not one of the 74 results.

The Invasive Weeds of Humboldt County publication on the site turned up nothing on Ted's mystery shrub.

It seems like cheating for a Master Gardener to use the Google Lens app, but I was stumped.  Within seconds, as if by magic, Ted's mystery plant was identified; a nightshade plant native to New Zealand and Australia, Solanum aviculare, known as Kangaroo Apple.

Searching the Calflora site using Ted's mystery plant name, I learned that there is a high risk of Kangaroo Apple becoming an invasive plant in California, and the site documented several observations in Humboldt County, one as early as 1968.

These sophisticated digital resources, and valuable plant data now available to gardeners and conservationist will certainly assist managing threats to our native plants that support pollinators and other wildlife.

The photo is used with Ted's permission. 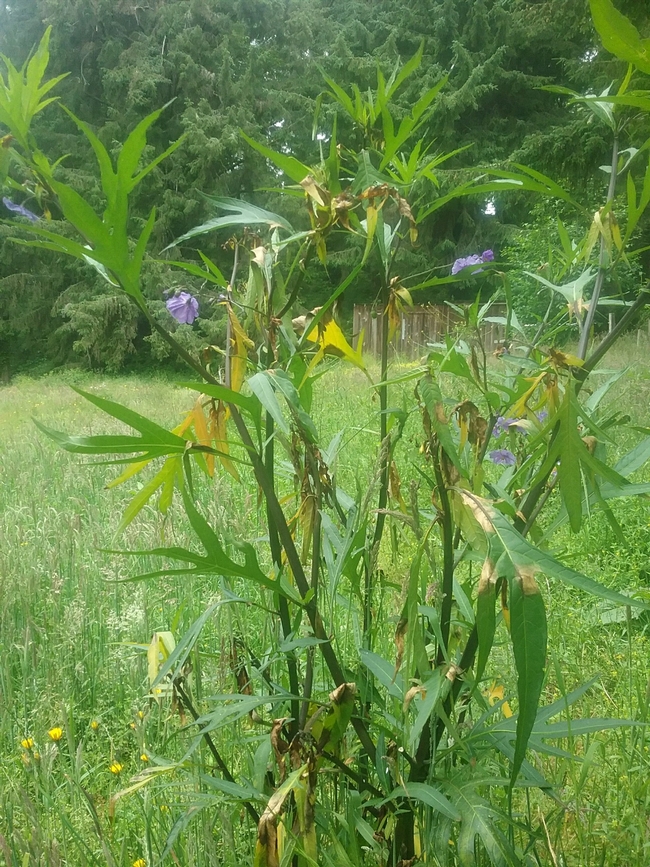