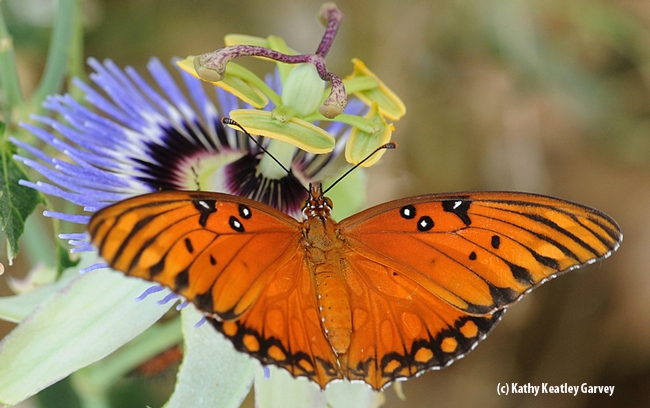 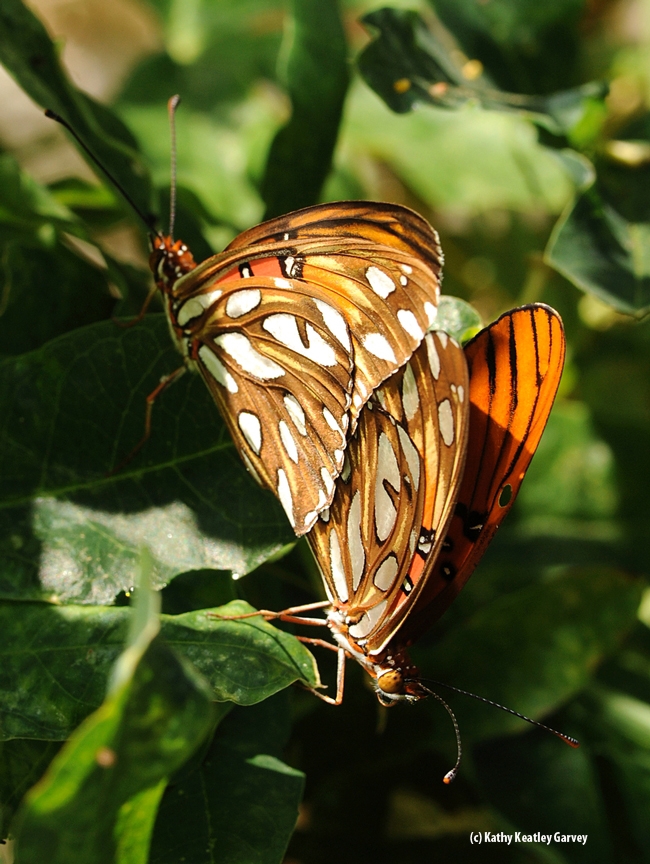 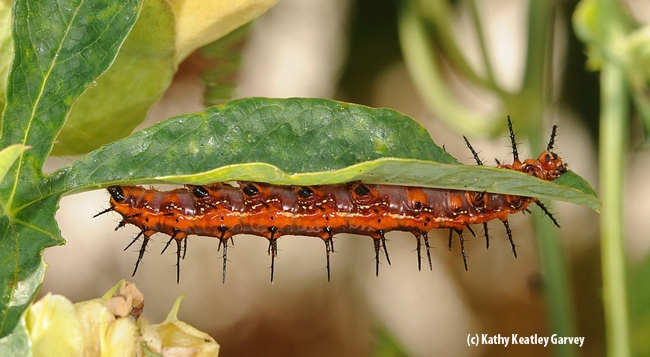 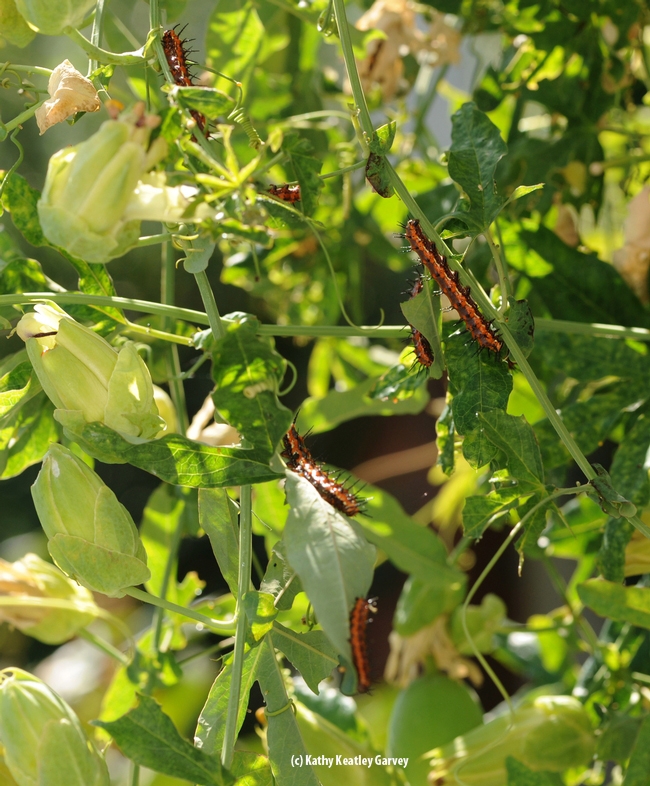 A "squadron" of caterpillars on a passion flower vine. (Photo by Kathy Keatley Garvey)
Tags: Agraulis vanillae (78), Art Shapiro (240), gulf fritillary (59), passion flower (2)
Comments: 3
Comments:
by Win Rogers
on September 28, 2011 at 8:15 AM
I photographed one of these in September 2009 in Stockton, nectaring on my lantana. I was so excited!! It even waited for me to run in the house to grab the camera. At that time there were three fences the next block up loaded with Passionflower vines. Sadly, all have been removed.
by Conrad
on September 5, 2012 at 6:57 AM
Planted Passiflora on my fence in Sacramento. 95817. Summer, 2012.

We have many "Frits" here this summer. The caterpillars started making their chrysalis(what is the plural) the last few days of August. There are over a dozen already

I wouldn't refer to them as a squadron. More of a voracious rampaging stampede.
Don't worry, the salad bar is open. We are letting them eat their fill.

The next time google updates its maps, we expect to be able to identify our neighborhood by the large orange cloud obscuring the arial photo.
by Win Rogers
on September 10, 2012 at 9:31 AM
Conrad, I intend to get Passiflora installed in my yard and hopefully bring them back to my neighborhood. I might be begging you for larva next year.
Leave a Reply: