We've been waiting with bated breath for butterfly expert Art Shapiro, professor of evolution and ecology at UC Davis, to announce he's found the first Pieris rapae of the year.

Every year since 1972 Shapiro has challenged the residents of Sacramento, Yolo and Solano to find the first cabbage white butterfly and bring it to him. First one to capture the butterfly in one of the three counties gets a pitcher of beer (or its cash equivalent).

Shapiro sponsors the annual contest to draw attention to Pieris rapae and its first flight. "I am doing long-term studies of butterfly life cycles and climate. Such studies are especially important to help us understand biological responses to climate change. The cabbage white is now emerging a week or so earlier on average than it did 30 years ago here."

Shapiro usually wins his own contest. He's lost only three times since 1972.

If you want to compete, be sure to check the rules.

Today he went a'hunting in West Sacramento. "What a grand and glorious April day it was!" he said. "Sixty-five degrees in West Sacramento, sunny, light and variable wind...a perfect day to get the first Pieris rapae of 2012. But I didn't. I spent 3-1/2 hours in West Sacramento checking every one of the more than 20 wild radish plants in bloom at least 3 times. If there had been a rapae there, I would have seen it! All I saw was two Vanessa annabella. The drama continues."

I looked through my Solano County photos of cabbage whites and noticed a two-at-a-time image, taken Sept. 7, 2008 in our backyard.

My camera, which can shoot eight frames a second, caught the images on the fly.

Art Shapiro can catch them with his hands. And does. 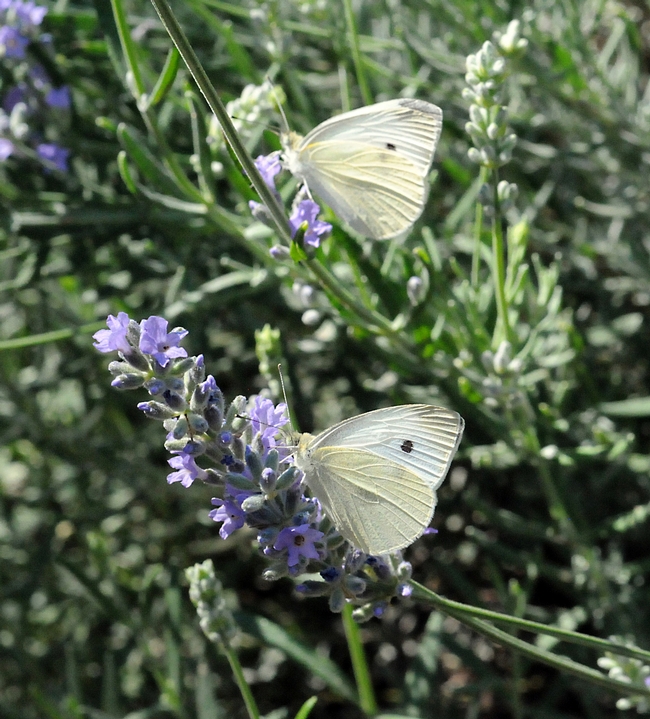