Bug Squad
sitenum=63
Happenings in the insect world
Bugs for All, All for Bugs Parasitic fly laying eggs in honey bee. (PLoS Journal)
No matter what insect you're interested in, you can usually find your favorite topic at one of the Northern California Entomology Society meetings.

The group meets three times a year: once in Sacramento, once at UC Davis and once at Concord. Dues? $10 a year. Membership is open to all interested persons.

At the next meeting, set from 9:15 a.m. to 3:30 p.m., Thursday, Feb. 2 in the California Department of Food and Agriculture's Plant Diagnostics Lab, 3288 Meadowview Drive, featured insects include:  a parasitic fly that lays its eggs in a honey bee, European grapevine moth, and the Western flower thrips.

One of the San Francisco State University researchers who drew international attention for a journal article on the parasitic fly that infests honey bees will be among the speakers.

John Hafernik, professor in the Biology Department, San Francisco State University, will speak on “Attack of the Zombie-Bee Fly (Apocephalus borealis) on Honey Bees” at 1:15 p.m.

The research, which took place in the Hafernik lab, led to the publication of "A New Threat to Honey Bees, the Parasitic Phorid Fly (Apocephalus borealis) in the Jan. 3rd edition of PLoS Journal.

University Communications wrote in a news release: "The fly, Apocephalus borealis, deposits its eggs into a bee’s abdomen. Usually about seven days after the bee dies, fly larvae push their way into the world from between the bee’s head and thorax. But it’s the middle part of this macabre story that may be the most scientifically interesting to those studying the dramatic and mysterious disappearance of honey bees.

"After being parasitized by the fly, the bees abandon their hives in what is literally a flight of the living dead to congregate near lights. 'When we observed the bees for some time—the ones that were alive—we found that they walked around in circles, often with no sense of direction,' said Andrew Core, an SF State graduate student from Hafernik’s lab who is the lead author on the study."

Hafernik was quoted in the news release: “We don’t know the best way to stop parasitization, because one of the big things we’re missing is where the flies are parasitizing the bees. We assume it’s while the bees are out foraging, because we don’t see the flies hanging around the bee hives. But it’s still a bit of a black hole in terms of where it’s actually happening.”

Should be a fascinating talk!

11:15 a.m.
“Alterations of Feeding Behavior of Frankliniella occidentalis by Tomato Spotted Wilt Virus: Implications for Western Flower Thrips Control” -- Candice Stafford, doctoral candidate in Plant Pathology, UC Davis, and a student of Diane Ullman, professor and former chair of the UC Davis Department of Entomology, and the associate dean for undergraduate academic programs in the College of Agricultural and Environmental Sciences.

The Northern California Entomology Society is comprised of university faculty, researchers, pest abatement professionals, students and other interested persons. The group meets  the first Thursday in February at the CDFA Plant Diagnostics Lab; the first Thursday in May at the Harry H. Laidlaw Jr. Honey Bee Research Facility, UC Davis; and the first Thursday in November in the Contra Costa Mosquito and Vector Control District conference room, Concord.

Newly elected president of the group is Robert "Bob" Case of Concord, retired deputy agricultural commissioner from the Contra Costa County Department of Agriculture. He holds a master's degree from San Francisco State University in ecology and systematics and has taught biology and environmental classes at many Bay Area community colleges for some 25 years.  Active in the California Native Plant Society, he frequently speaks at plant/garden club meetings on pest management and wildflower photography.

For further information on the Feb. 2nd meeting, contact secretary-treasurer Eric Mussen at ecmussen@ucdavis.edu or call (530) 752-0472. Mussen is an Extension apiculturist with the UC Davis Department of Entomology. 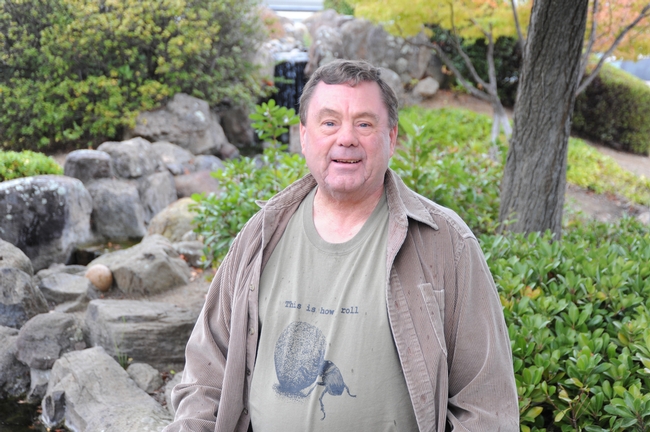