It was a golden moment.

The honey bees that collected pollen from our nectarine trees today looked as if they were lugging gold nuggets left over from the California Gold Rush. Struggling with the heavy pollen loads, some of the bees crashed to the ground.

The nectarine trees burst into bloom last weekend but the bees seemed to pay no attention to them until today, Presidents' Day. The queen (bee) probably had something to do with it! "Hey, girls, if I'm going to be laying 1500 to 2000 eggs a day, we need some food."

If you look at peach and nectarine blossoms, you probably couldn't distinguish between the two. Nectarines are actually a cultivar of peaches (Prunus persica). The peach tree, native to China, sports "fuzzy" fruit, while you could say the nectarines are "clean-shaven."

No one knows when nectarine varieties first surfaced, but according to Wikipedia, "the first recorded mention in English is from 1616."  Pomologists figure that the peach was probably grown much earlier, though, in its native range.

One thing's for certain: thanks to a mild winter and early spring, our nectarine trees are blooming a couple weeks earlier this year than last year. 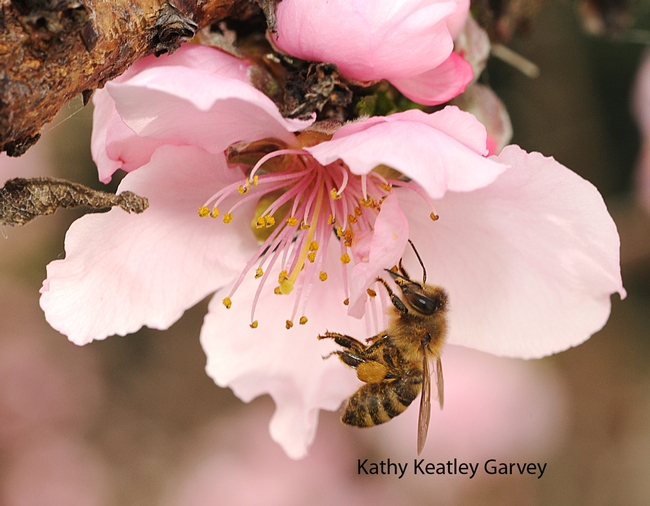 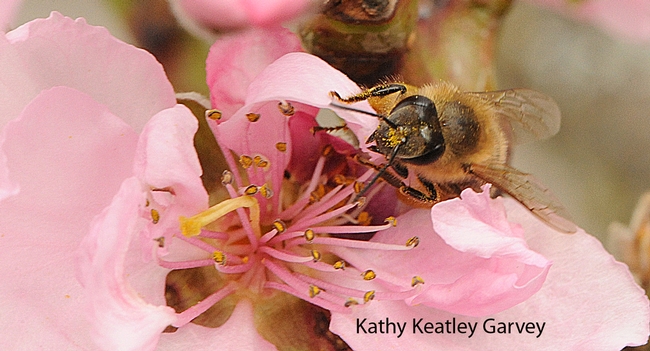 With a head dusted in pollen, a honey bee works the blossoms. (Photo by Kathy Keatley Garvey) 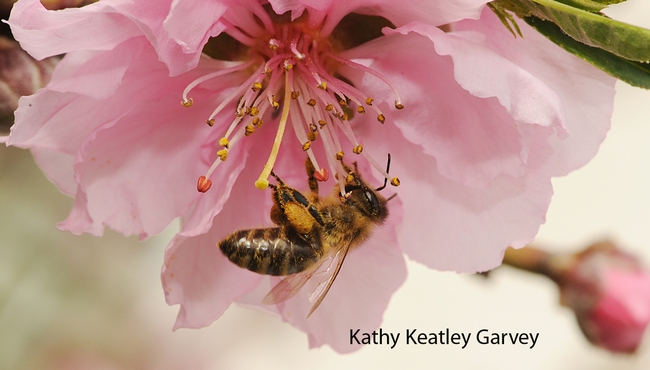