Ladybugs, aka ladybird beetles, eat aphids, which are pests in the garden. The ladybugs are welcome. The aphids are not.

Belonging to the family Coccinellidae, ladybugs look resplendent in their bright red or orange wing covers, dotted with spots. They'd surely be the center of attention at a Bug Ball. Luck be a lady.

We see immature ladybugs going through metamorphosis. Last weekend, we witnessed a pupa sheddding its skin. Exvium is a biological marvel.

If you want to see a ladybug eating an aphid, you'll have to watch the 44-minute film presentation, "Biological Control of Greenhouse Pests with Natural Arthropod Enemies," to be shown at 12:15 p.m., Wednesday, Oct. 15 in 122 Briggs Hall, UC Davis campus. It's the work of professor Urs Wyss of the Institute of Phytopathology, Kiel University, Germany, who will be there to discuss the film. It shows  ladybugs stalking, capturing, killing and eating aphids--not necessarily in that order.

What's unique about this film is the amazing photography. "All recordings were made with a special stereomicroscope and camera, magnified to a high degree," Wyss says.

You'll never forget the sucking and slurping noises as predators devour their  prey! 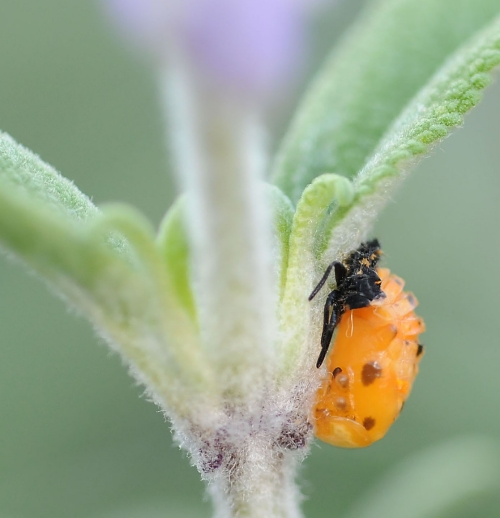 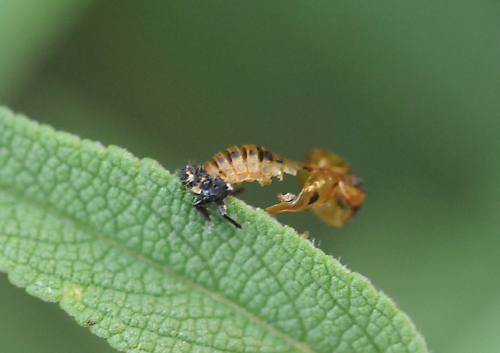 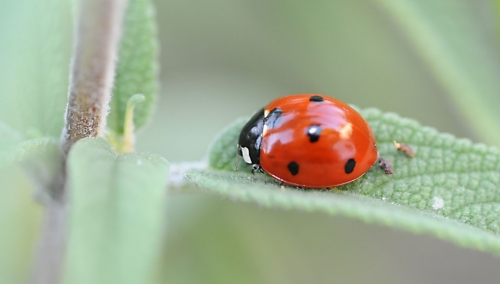