C’mon, you know you want one.

Who wouldn’t want a horror skull stress ball to relieve the tension of today's world?

Here's what you do. Take one stress ball. Place it in the palm of your hand and squeeze. From the eyeball socket pops out a membrane of assorted bugs. Or worms, frogs, rats or centipedes.

It’s definitely a conversation piece, and it’s yours for only $7 in the Bohart Museum of Entomology gift shop at the of , . Proceeds benefit the Bohart’s educational outreach program.

If the skull stress ball doesn’t sound like your main squeeze, try the ant candy, larvettes and crick-ettes. Lollipops appropriately named “Cricket-Lick It” are a new item and they're sugar free, just what the dentist ordered. Butterfly candy is also new.

"We sell insects to eat as candy or sweet treats and people are amazed that you can actually eat insects," said Fran Keller, a doctoral candidate in entomology who's based at the Bohart.

Among the other items available in the gift shop (both online and at the museum) are dragonfly and monarch butterfly t-shirts, insect posters, magnets, and insect collecting nets.

The Bohart Museum of Entomology, founded in 1946 and today located at 1124 Academic Surge on the UC Davis,. houses some seven million specimens from around the world. In fact, its collection is the seventh largest in North America.

The museum, directed by Lynn Kimsey--who also chairs the Department of Entomology--is dedicated to teaching, research and service. Its focus: terrestrial and fresh water invertebrates. The museum is also the home of the California Insect Survey, a storehouse of the insect biodiversity of ’s deserts, mountains, coast and great central valley. 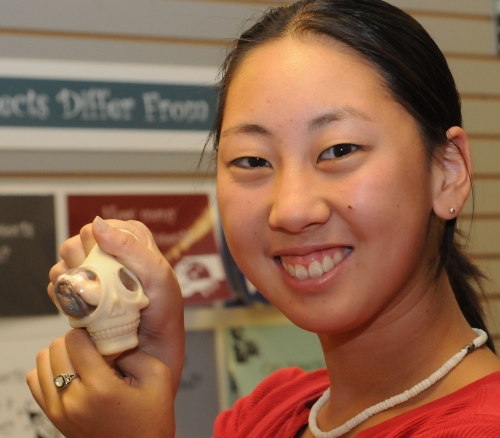 Horror Stress Ball
Squeeze this stress ball and out will pop either assorted bugs, worms, frogs or rats. Nanase Nakanishi, a UC Davis student majoring in animal science, and an employee at the Bohart Museum of Entomology, displays what it does. (Photo by Kathy Keatley Garvey) 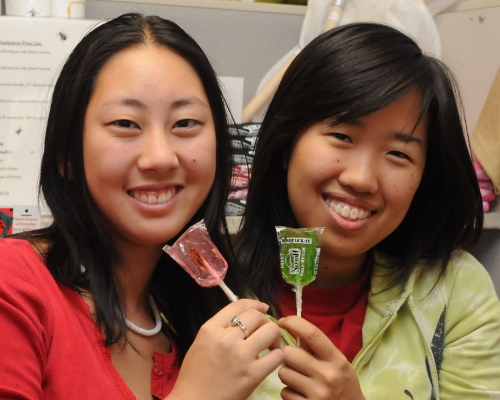 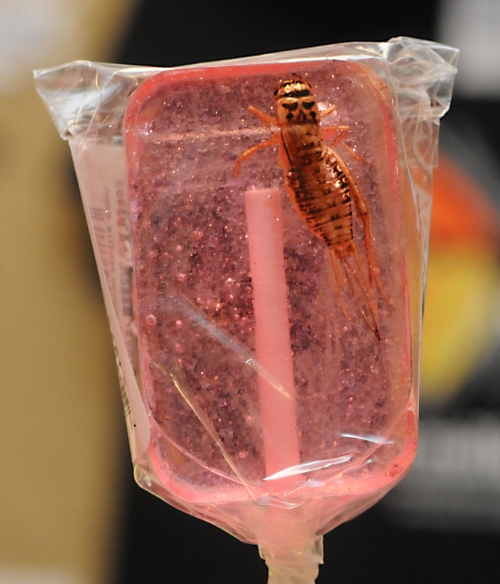