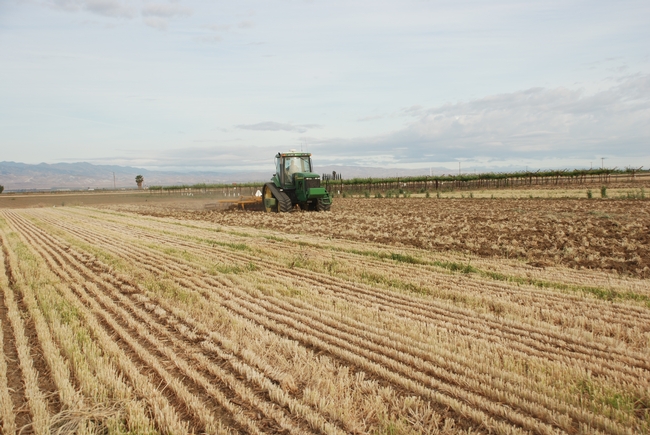 A two-year study compared soil water content in tilled (right, subsoil ripped) and no-tillage (left) plots.
Tags: Conservation Agriculture Systems Innovation (5), Jeff Mitchell (20), water use (1)
Comments: 1
Comments:
by Janice E. Carey
on May 12, 2014 at 5:35 PM
Driving home, the wind was whipping. A tractor was plowing. Top soil was blowing away. How about an attachment that wets newly plowed fields behind the tractor when it plows to hold the soil from becoming airborne? It would be like towing a tanker with balloon tires (so no compaction) behind the plow.
Leave a Reply: