Culex quinquefasciatus (Photo by Kathy Keatley Garvey)
You're sitting in your back yard or at a park and a mosquito bites you. You're the host whether you like it or not. You just hope that this isn't an infected mosquito that can transmit West Nile virus (WNV).

But have you ever wondered which hosts Culex mosquitoes prefer?

Tara Thiemann, postdoctoral scholar in the William Reisen lab at UC Davis, will discuss host favorites when she speaks on "Survey of Culex Bloodfeeding Patterns in California" at the next UC Davis Department of Entomology seminar, set from 12:10 to 1 p.m., Wednesday, May 23 in 122 Briggs.

As a postdoctoral researcher, Thiemann works with Reisen, a noted medical entomologist,  on studies investigating novel assays to identify current and emerging arboviruses in California.

"Culex tarsalis and members of the Culex pipiens complex are the primary vectors of WNV in California," Thiemann notes in her abstract. "Both mosquito species feed on a variety of avian hosts, as well as disease-susceptible mammals, such as horses and humans, so determining the bloodfeeding patterns of these mosquitoes is a critical component in understanding the transmission dynamics of WNV throughout the state."

The research project involved identifying bloodmeals from more than 2500 mosquitoes, and identifying hosts, including avian, mammalian and reptilian.

Thiemann, who received her doctorate in entomology in 2011 from UC Davis (dissertation: “Bloodfeeding Patterns of Culex tarsalis and the Culex pipiens complex in California”) says  her research shows that variation in bloodfeeding patterns "primarily resulted from differences in host availability and abundance."

If you miss her talk, not to worry. The UC Davis Department of Entomology plans to record it and it will be posted in about two weeks on UCTV. 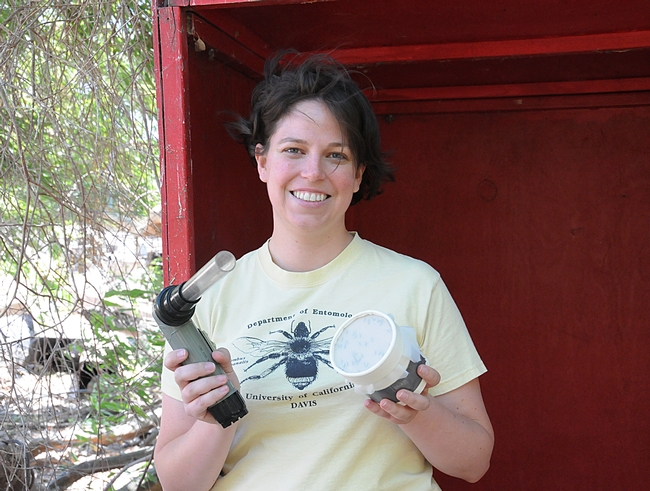 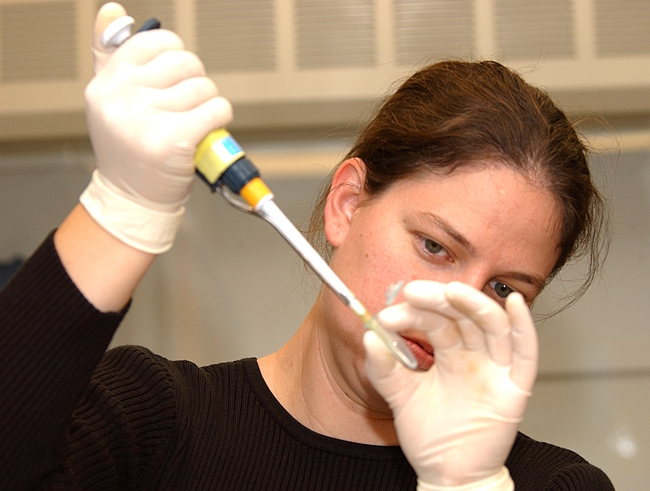