She delighted in the insects on her parents' rose buses--the aphids, the  ladybugs, grasshoppers and the caterpillars.

“I would trap those in containers and I kept my tiny companions underneath the bed where I could easily take them out for play and also hide them away from my mother," she recalled. "I knew I liked insects.”

But credit a cricket named Chester with really getting her into entomology.

Young Ivana encountered the book in the second grade and learned the definition of "entomologist."

"I was pretty thrilled that to find out that there was actually a job in which you get to study insects," related Li, who was born and reared in Monterey Park, near east Los Angeles. "That was the best. It still is.”

Forensic entomologist Robert Kimsey presented her with the coveted award at a recent departmental barbecue. A perpetual plaque, displayed outside the department's administration office on the third floor of Briggs Hall, now bears her name.

Ivana Li does love bugs! When she's not in class, you'll find her working in the Bohart Museum of Entomology, home of more than seven million insect specimens.

Said Lynn Kimsey, director of the Bohart Museum and a professor in the UC Davis Department of Entomology: “Ivana has worked for me for several years. She is a gifted student with many impressive talents, and a maturity well beyond that of her peers. She will go far.”

As for career choices, Ivana Li hasn't’ decided yet, but it will be either “forensics or ecology.”

“Both,” she said, “are appealing at this point in my life.” 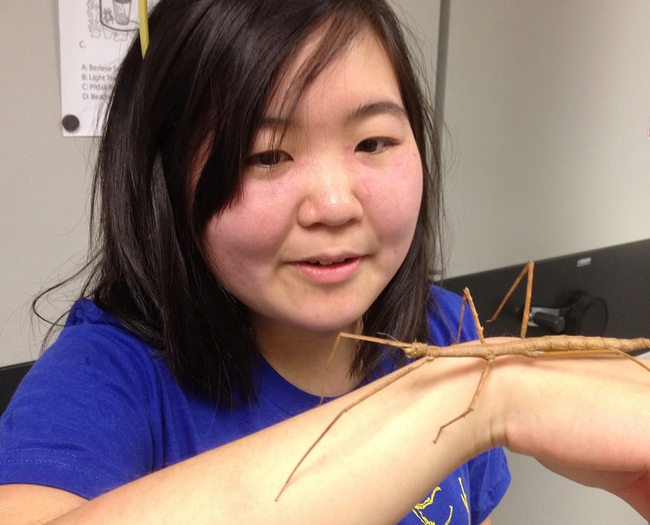