Quick! Name three states that have no official state insect.

That was one of the questions at the Linnaean Games, a traditional part of the Entomological Society of America's annual meeting.

This year's meeting, the 56th annual, is now under way in Reno. The Linnaean Games have begun. This is a "bug bowl" type of quiz pitting university teams (graduate students in entomology) against one another.

UC Davis competed in the semi-finals. Several of us from UC Davis watched in the spectator section.

1. How many beetle species have been described to date?

2. According to folklore, what does "telling the bees" mean?

3. Name the main character, the forensic entomologist, in the TV show, CSI.

4. If you walked past an egg mass of deer ticks, what's the risk of getting Lyme disease?

Turpin, a Cooperative Extension entomologist,  is  an award-winning teacher and writes a well-read newspaper column, "On Six Legs."

More locally, Turpin served as a mentor for Larry Godfrey, a UC Davis professor who received both his bachelor of science degree and master of science degree from Purdue (and then his doctorate at the University of Kentucky). Godrey was a member of the University of Kentucky championship team in1983. That was the second annual Linnaean Games (second annual in the North Central Branch of ESA, where it all began). The national meeting adopted the Linnaean Games several years later.

Know the answers to the questions above? Fire away! (We'll answer them in another blog.)

Meanwhile, the finals of the Linnean Games take place tonight.

May the bugs be with them. 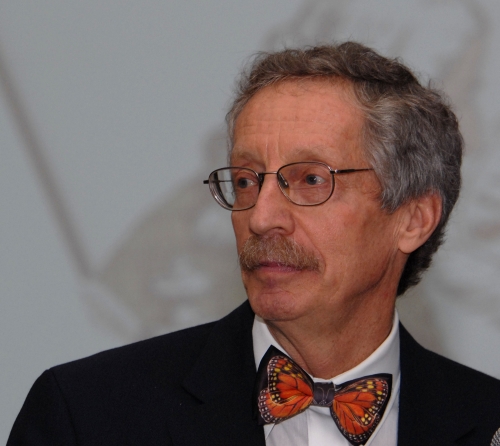