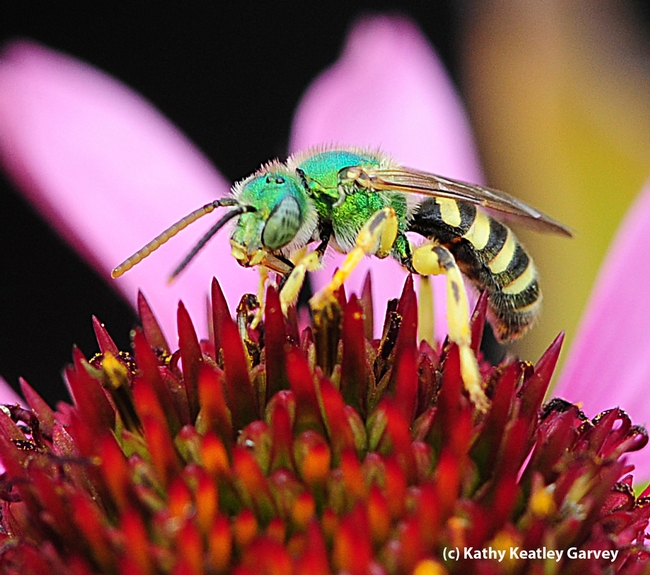 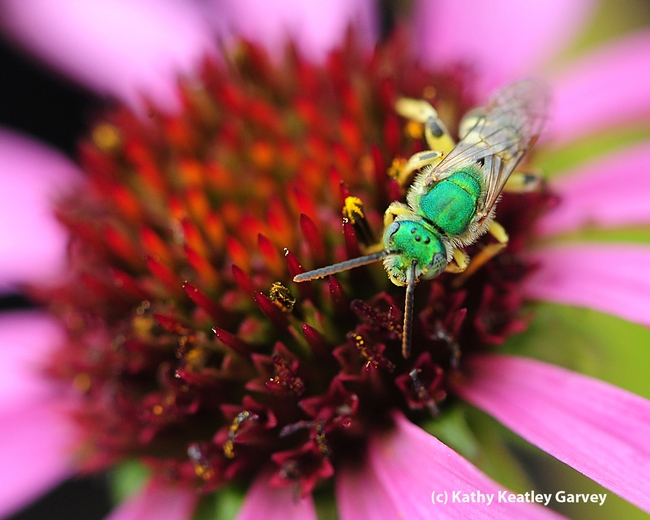 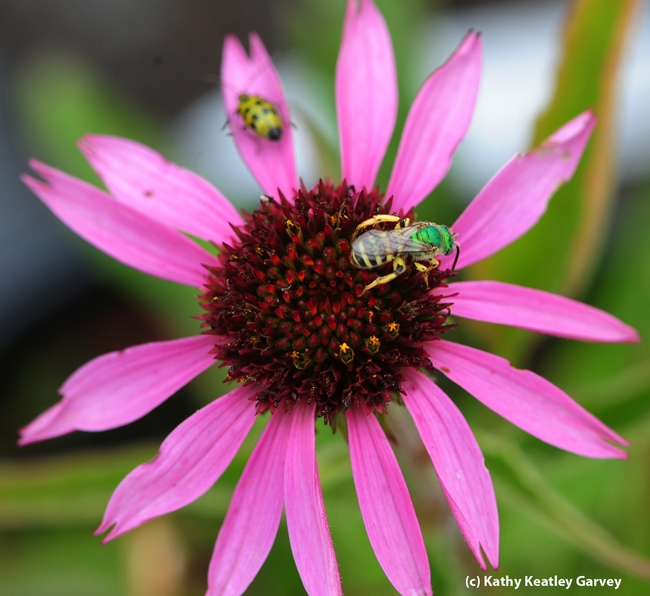 Spotted cucumber beetle (a pest) and male sweat bee, Agapostemon texanus, sharing a purple coneflower. (Photo by Kathy Keatley Garvey)
Tags: Agapostemon texanus (8), Mostly Natives Nursery (2), Robbin Thorp (248), sweat bee (18)
Comments: 1
Comments:
by Trish Groendyk
on July 18, 2020 at 3:08 PM
I just found one of these in my dog's baby pool. I saved it from drowning and set it on a leaf. From your article, I now know it was a she 😁. Absolutely beautiful.
Leave a Reply: