Our cat used to catch them.

She'd bring them into the house and watch them flutter at our feet.

The white-lined sphinx moth (Hyles lineata) flies during the day and at night. It's not a graceful flier. It bumbles along like Howard Hughes' Spruce Goose on empty.

With a wing span between 2.7 and 3.9 inches long, it's easy to notice as it nectars on salvia (sage), honeysuckle, larkspur, columbines and other flowers. Some folks know it by its nickname, "the hummingbird moth."

A member of the Sphingidae family, the white-lined sphinx moth is found throughout most of the United States, plus Mexico, Central America and Canada. It's also been found in other parts of the world, including the West Indies.

It's definitely a delight to see! (But preferably not in the cat's mouth.) 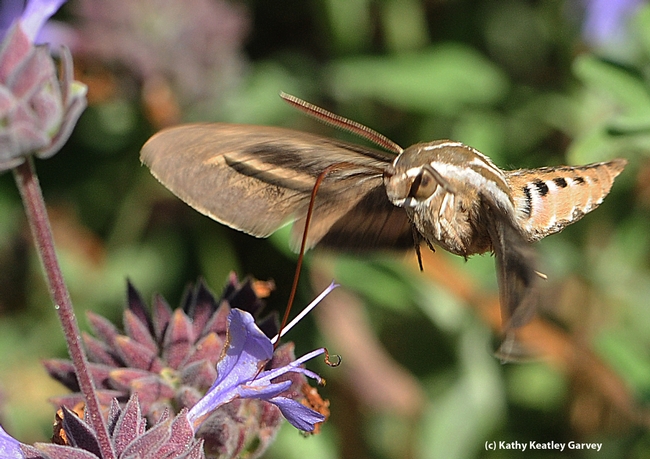 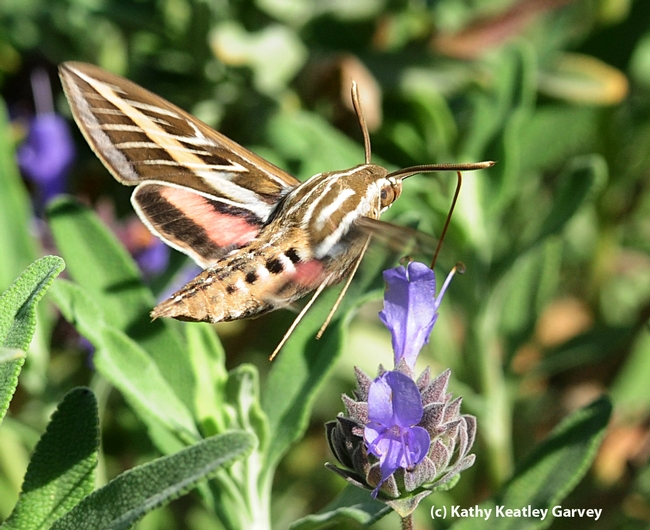 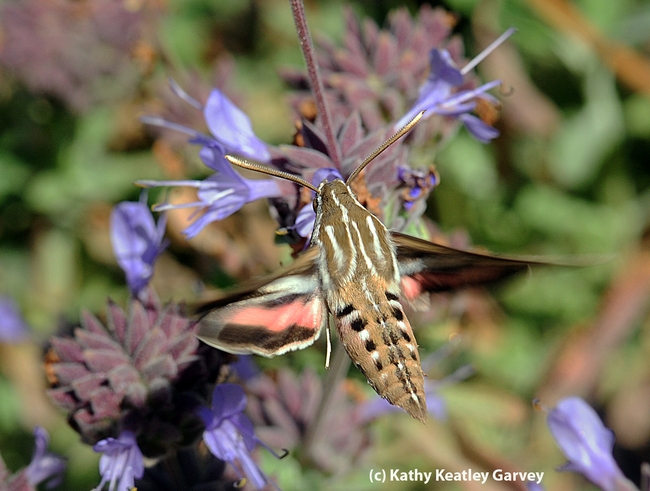 View from above of the white-lined sphinx moth. (Photo by Kathy Keatley Garvey)
Tags: Hyles lineata (1), sage (8), white-lined sphinx moth (1)
Comments: 2
Comments:
by Maxwell V. Norton
on September 10, 2012 at 8:49 AM
How does it get its sphinx name?
by Kathy Keatley Garvey
on September 10, 2012 at 9:37 AM
According to Wikipedia: "When resting, the larva usually holds the legs off the surface and tucks its head underneath, which, resembling the Egyptian Sphinx, gives rise to the name 'sphinx moth.'"
Leave a Reply: