It's almost time for Halloween, when all self-respecting little ghosts, goblins and ghouls take a special interest in spiders.

We saw this little jumping spider (below) on a pink rose. It doesn't look like it could scare anything--except for maybe a sweat bee or hover fly.

This year the Explorit Science Center of Davis, a hands-on science museum located at 3141 5th St., is taking a special interest in spiders.

For one thing, many people think spiders are insects. They're not.

Both spiders and insects are invertebrates, but spiders are not insects. (See https://usaspiders.com/spider-facts)

Insects have a head, thorax and abdomen, and the thorax has three pairs of legs. They also eyes, antennae and mouthparts, the Explorit Science Center website points out.  "The entire body is protected by a tough outer covering called an exoskeleton. Animals that share these characteristics are called insects. The group to which they belong is called the Insecta."

Spiders, as the Explorit Science Center explains, have two main body parts. "The body consists of a combined head and thorax called the cephalothorax, and the abdomen. The cephalothorax has the eyes, mouthparts (no antennae) and four pairs of legs. Animals that share these characteristics include ticks, mites, scorpions and spiders. The group is called the Arachnida."

And speaking of spiders, schooolchildren visiting the Bohart Museum of Entomology on the UC Davis campus occasionally ask to "see the spiders." The Bohart is an insect museum (although the officials have been known to showcase a few spiders, too.)

Mark your calendar for Saturday, Oct. 27 for the Bohart's public open house from 1 to 4 p.m. in 1124 Academic Surge on Crocker Drive (nearest intersection is LaRue Road.) This is a pre-Halloween open house and there definitely will be assorted spiders at the insect museum! 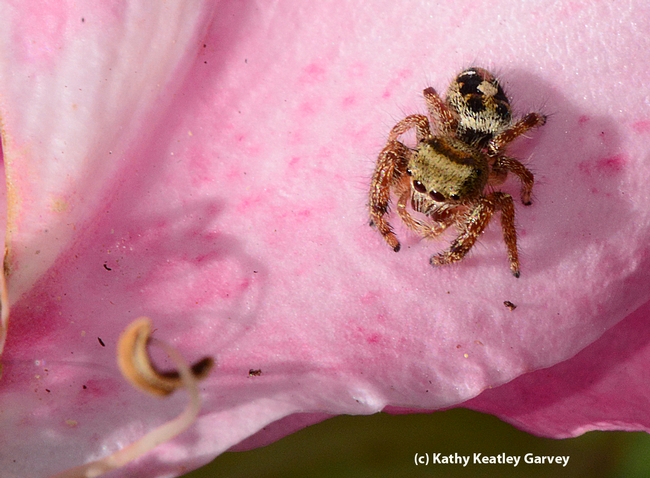 A jumping spider on a pink rose soaks in some sun. (Photo by Kathy Keatley Garvey) 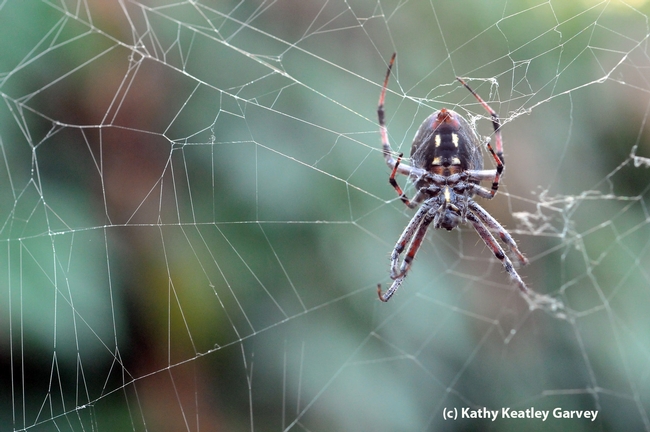 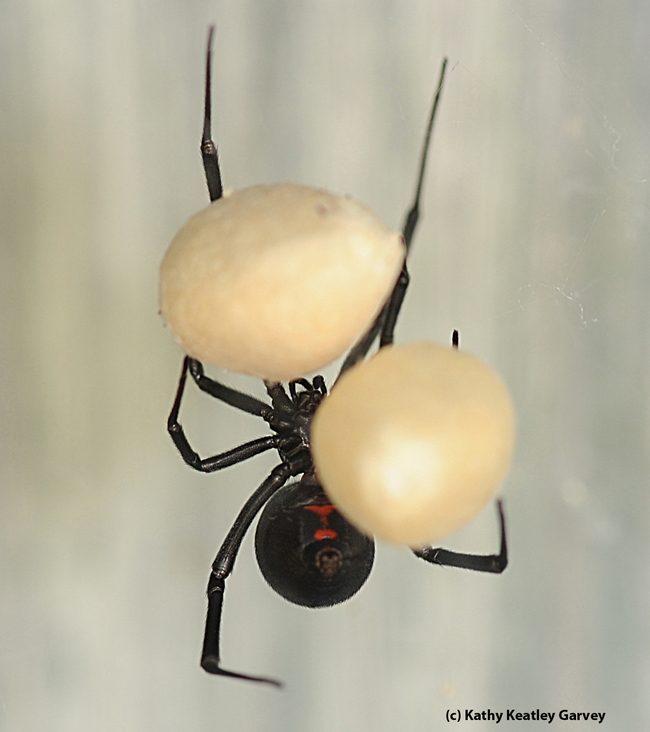