Anna Davidson
Deep in the forest, in a tree so old its bark is blackened and its roots are larger around than a man, a beetle flaps its wings.

This beetle belongs to a large and varied order: their eltrya—the hardened outer wings that form the beetles’ iconic carapices—are jeweled purple and gold, colors that shift with motion. “A Study of Stillness in Motion,” the piece would be called.  This particular beetle is green, so green your eyes slide off of it, like you’re looking at the greenest of greeniness, the very Form of green, and it is not for you to comprehend.--Whitney Krupp

So begins an insect tale, illustrated with her art, at the Organism show sponsored by the UC Davis Art/Science Fusion Program.  It started out as a one-day show on Dec. 11, but by popular demand, evolved into a three-day show.

The last day to see it is Saturday, Dec. 15 from 6 to 9 p.m. The site: Old Nelson Art Gallery in the UC Davis Art Building (across from Shields Library).

Whitney Krupp, a second-year ecological management and restoration major from San Rafael, tells the story of a beetle, a fire, and a pictographs in her piece, "A Study of Stillness in Motion." You'll have to stop by to read what happens in this thought-provoking and creative piece.

Krupp is one of 15 entomology students showcasing insect tales and art. Another memorable one is by Nhu Mai who writes about "The Demise of the Hornet Who Thought He Could."

"New Japanese Giant hornet larvae have been born and the supply of food for the colony of hornets is now running extremely low on this cold autumn night in the mountains of Japan," Mai begins.

This particular hornet, however, encounters a strategic maneuver. The bees swarm it, vibrate heat, and smother it.

Honey bees, Mai explains, can withstand 118-degree temperature, while a hornet "can only survive up to 115 degrees...Within seconds, the hornet is lifeless."

The 15 students wrote "curious tales about insects" and illustrated those stories "through their art pieces,” said show curator Anna Davidson,  a Ph.D. student who's a teaching assistant with the UC Davis Art/Science Fusion Program. “The concept behind their art pieces is based on Cabinets of Curiosities, a pre-Linnaeus collection of curiosities made popular among the affluent in 14th and 15th century Europe.”

“During this show you will experience glow in-the-dark organisms, art made of fungus, large-scale installation, live performance, and sound art and tales about insects that are so curious they are almost unbelievable!”  said Davidson, whose own work includes "art made of fungus."

The Organism show is not just about bees and beetles. You'll see assorted other insects, including monarch butterflies and praying mantids, brought to life through art and text.

While you're on the UC Davis campus (Saturday, Dec. 15), be sure to attend the Bohart Museum of Entomology's open house, themed "Insects in Art," from 1 to 4 p.m. in 1124 Academic Surge on Crocker Lane.

You'll get an opportunity to make a bug button--and maybe win a prize. 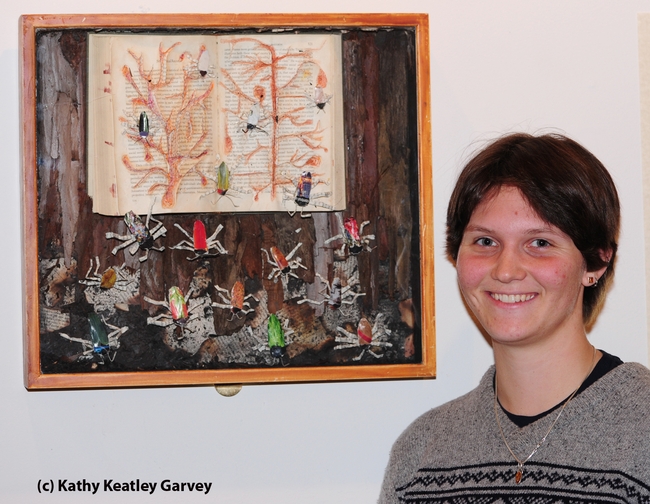 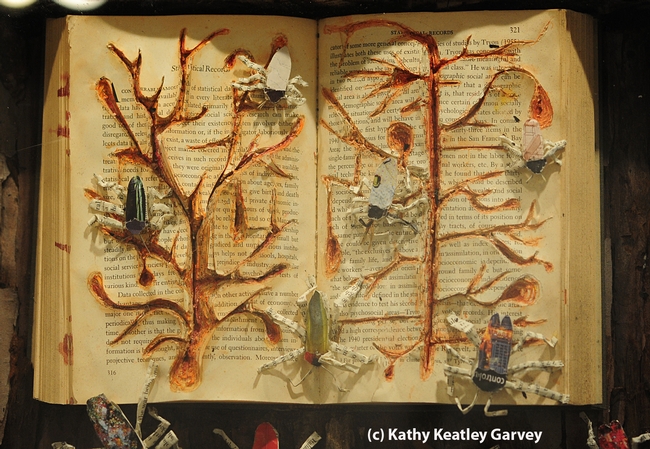 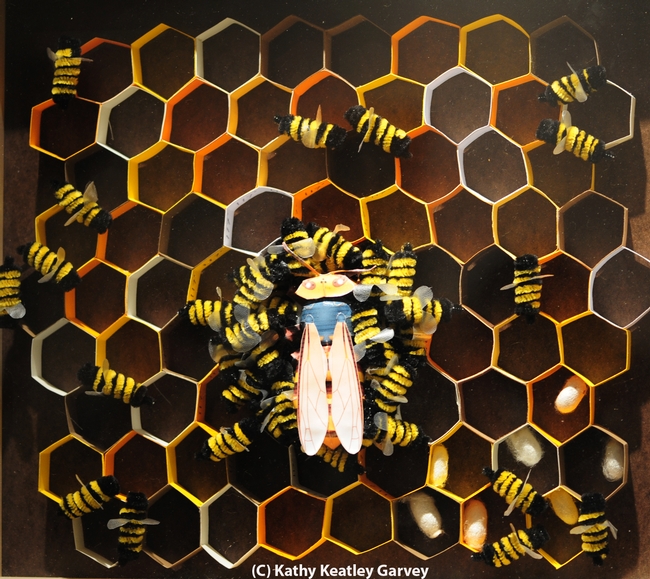