That's the title of a seminar to be hosted by the UC Davis Department of Entomology on Wednesday, Jan. 23.

The seminar promises to be riveting.

"I will discuss studies of landscape approaches and how they may be used to conserve rare insects, focusing on rare butterflies," Haddad said. "In one experiment, we are studying how landscape corridors may be used to increase insect dispersal and population viability.  In a second experiment, we are asking whether habitat restoration creates population sources, or instead creates unintended population sinks for rare butterflies.  These experimental approaches that consider mechanisms of dispersal and demography can be used to inform large scale conservation and restoration in a changing world."

One of his endangered subjects, found only in North Carolina, is a brown butterfly, Saint Francis satyr (Neonympha mitchellii francisci). See the photo below by Melissa McGaw.

Haddad has published his work in Conservation Biology, Journal of Insect Conservation, Ecology, Ecology Letters,Conservation Genetics, PLoS ONE, Proceedings of the National Academy of Sciences, Population Ecology, Science, and Ecography, among others.

Assistant professors Brian Johnson and Joanna Chiu are coordinating the Department of Entomology's winter seminars. All the winter seminars are being video-recorded under the direction of James R. Carey and will be posted at a later date on UCTV. 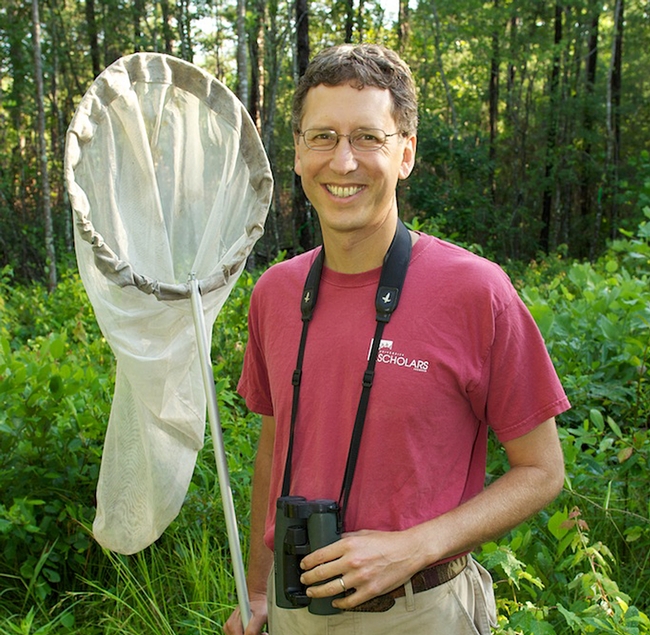 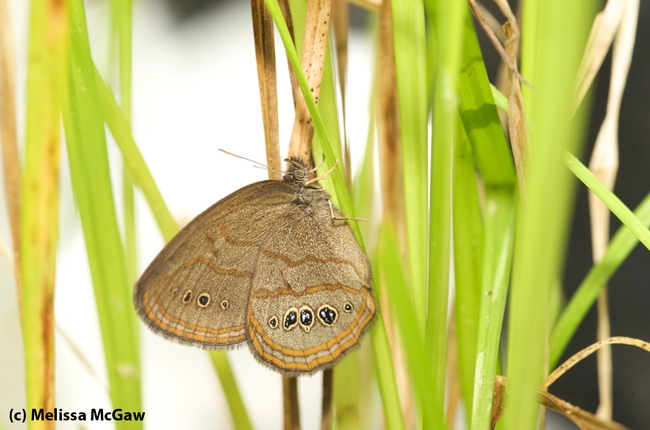