That should be easy to do. There's so much to say.

Entomologist/artist Diane Ullman,  associate dean for undergraduate academic programs in the UC Davis College of Agricultural and Environmental Sciences and professor of entomology, will be interviewed for an hour-long program on the Insect News Network, a Davis-based radio station, on Wednesday, March 20.

Emmett Brady, founder of the Insect News Network, KDRT 95.7 FM, and host of the “Wednesday Science Doubleplay,” said he will dedicate the entire hour from 5 to 6 p.m. to discussing Ullman’s unique and inspiring career.

"We will explore Ullman’s innovation in academics and education: from her pioneering efforts in the UC Davis Art/Science Fusion Program to her specialty: thrips."

The Art/Science Fusion Program, founded and directed by Ullman and her colleague, self-described "rock artist" Donna Billick, connects art to science, and science to art.

Brady also will examine the emergence of cultural entomology as a key discipline of the 21st Century and “how careers in science are being re-defined as scientific technology continues to res-shape the modern world.”

For the first hour (4 to 5 p.m.) of the “Wednesday Science Doubleplay” show, Brady will explore “the world of insects, beyond the creepy and the crawly to the fun, the fascinating, the profound and even the sublime.”

Just recently Ullman, along with a team of eight other investigators from six institutions,  received a five-year, $3.75 million grant from the Agriculture and Food Research Initiative, United States Department of Agriculture's National Institute of Food and Agriculture, to develop and implement a national scientific and educational network to limit thrips-caused crop losses.

Meanwhile, listen to Diane Ullman's Tedx seminar. And then tune in to Insect News Network to hear an amazing entomologist, artist and administrator. 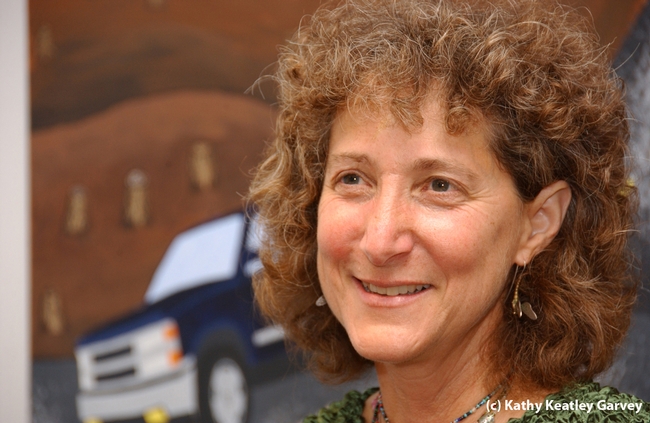