If you meander over to the Bohart Museum of Entomology, UC Davis campus, you'll see a very tiny predator that looks for all the world like a green leaf. It's the Gambian spotted-eye flower mantis and it's one of the many live specimens housed there.

It's green with pointed eyes (it appears to have a pointy little head, too) and it grows to one-inch in length. Its scientific name is Pseudoharpax virescens (order Mantodea) and it's found in Gambia, the smallest country (in square miles) on the African continent.

And at the Bohart Museum of Entomology.

If threatened, the Gambian spotted-eye flower mantis will lift its wings to expose its orange and purple coloring. This, Turner says, "will likely startle potential predators and cause them to lose track of the mantis when it lowers its wings again."

The Bohart Museum of Entomology,  founded in 1946, is located in 1124 Academic Surge. It is directed by Lynn Kimsey, professor and chair of the UC Davis Department of Entomology. 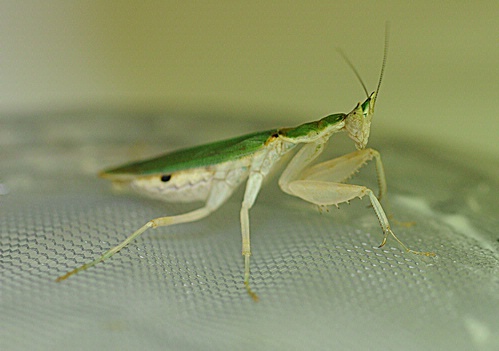 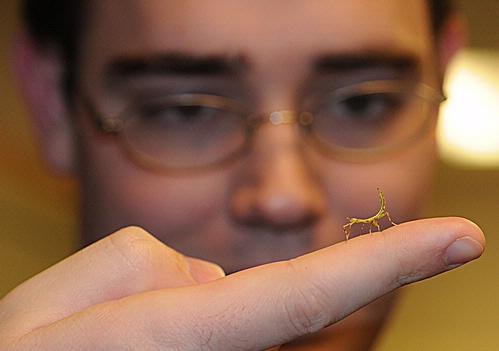