If you've ever watched a mating pair of mantids and seen the male lose his head, or seen other insect mating rituals, then you ought to read entomologist Emily Bick's review of the play, An Entomologist's Love Story, which showing at the San Francisco Playhouse through June 23.

And see the play.

Emily Bick, a doctoral candidate in the Christian Nansen lab, University of California, Davis, recently attended a world premiere showing and penned a review published by the Entomological Society of America (ESA) in its Entomology Today. UC Davis entomologist Emily Bick attended the play, "An Entomologist's Love Story" and then reviewed it. Her work was published in "Entomology Today." (Photo by Barbara Bick)
An Entomologist's Love Story, written by Melissa Ross (a former volunteer at the Museum of Natural History) and directed by Giovanna Sardelli, centers on entomologists Betty and Jeff, who work at the Museum of Natural History. The gist of it: As they research the mating rituals of bugs, they find their own complicated relationships increasingly under the microscope. 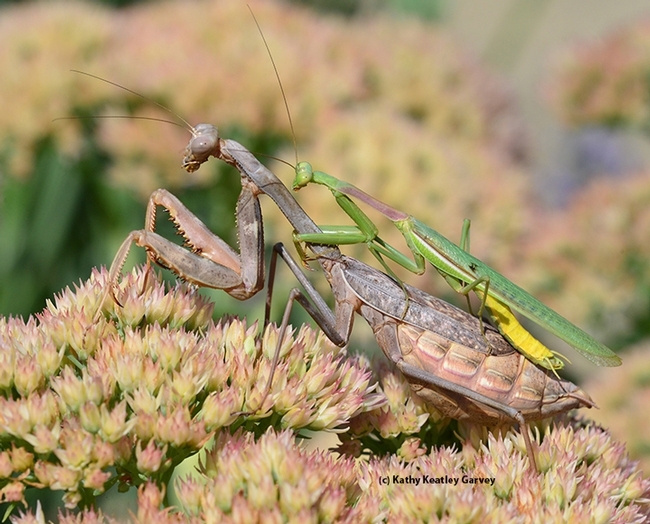 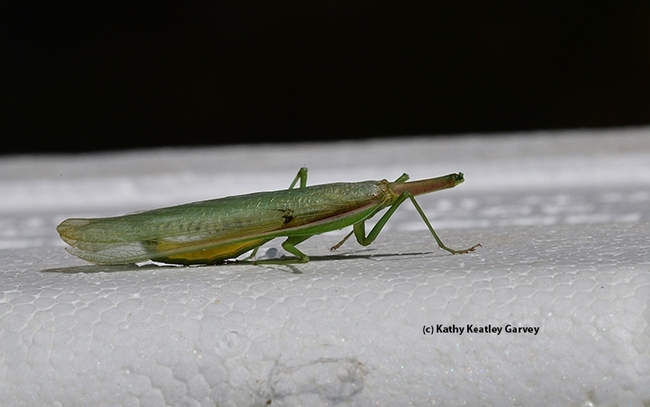 This male praying mantis, Stagmomantis limbata, has just lost his head. This one kept moving for eight hours before he expired. (Photo by Kathy Keatley Garvey) 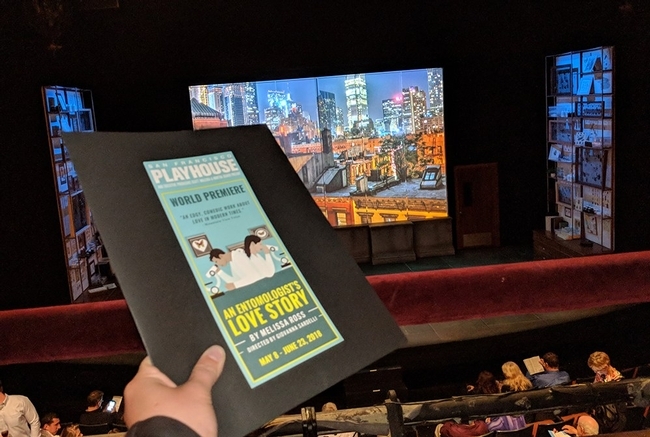