We spotted this moth, as identified by Art Shapiro, UC Davis distinguished professor of evolution and ecology, and Bohart Museum of Entomology associate Greg Kareofelas, a naturalist and photographer, nectaring on mustard blossoms last weekend in Vacaville, Calif.

It was flying during the day. "They are semi- to quite diurnal," says Shapiro, who has been seeing "a lot of them" lately, including at his research field site in Gates Canyon, Vacaville. "The caterpillars are semiloopers and feed a great variety of herbaceous plants."

A moth of the Noctuidae family, it's found from Southern British Columbia to Baja California and to Manitoba, South Dakota, Colorado and New Mexico, according to Wikipedia.

The caterpillars can be troublesome, according to the UC Statewide Integrated Pest Management Program. The 'cats feed on the leaves of many plants, including agricultural crops such as dry beans, lettuce, artichoke, cotton, and tomatoes.  They are often mistaken for their fellow leaf eaters, the cabbage looper, Trichoplusia ni.

"Alfalfa and cabbage loopers are quite similar in appearance," UC IPM says on its website. "The greenish larvae crawl by arching their bodies and are 1 to 1.5 inches long when mature. Looper eggs are similar to those of the bollworm in that they are spherical with vertical ridges from top to bottom. However, looper eggs are more flattened and have finer ridges. Alfalfa looper is usually found in May and early June while cabbage looper appears in late June through September."

The adult Autographa californica stopped by for about five minutes for a little food, and then it was off, flying awkwardly. It would have been easy prey for a hungry bird.  Or a not-so-hungry bird. 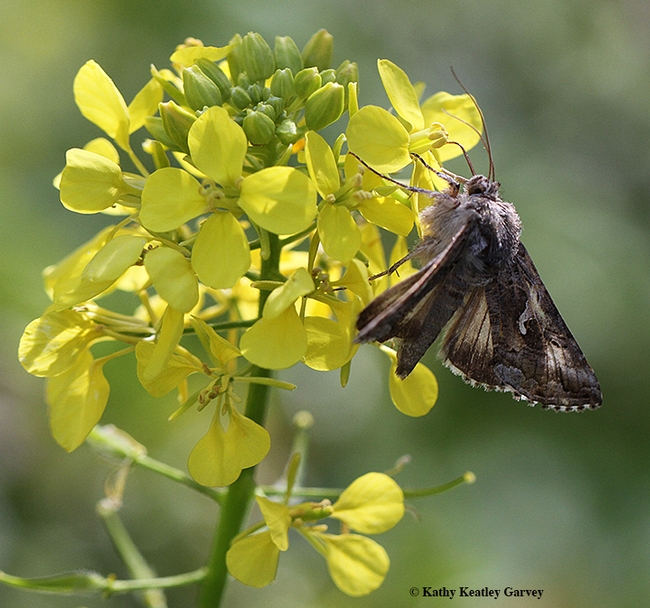 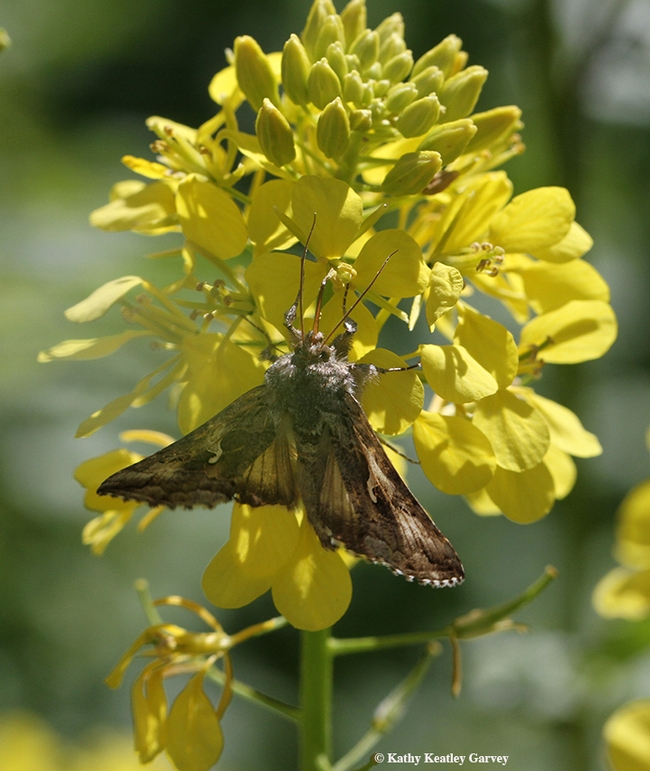 Spreading its wings, the alfalfa looper moth, Autographa californica, is oblivious to the photographer.(Photo by Kathy Keatley Garvey) 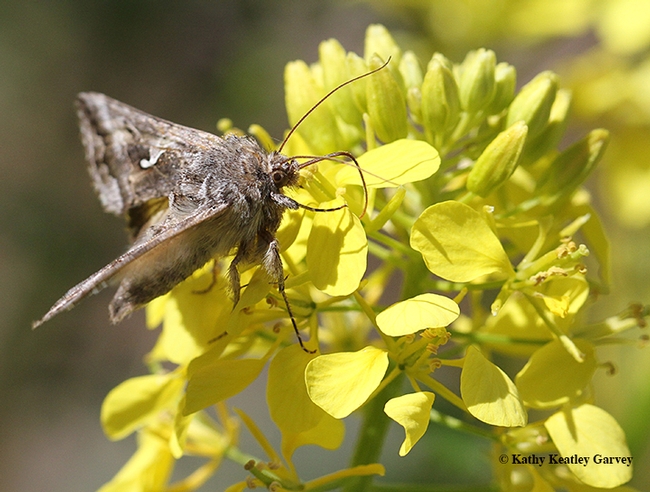