Renowned wasp expert Marius Wasbauer (1928-2021)
If you've ever seen a spider-hunting wasp capture, sting, and paralyze a spider, you know what these wasps can do.

Renowned wasp expert Marius Wasbauer (1928-2021) studied them for about six decades. When he died this spring in Brookings, Ore., his family donated his collection of specimens to the UC Davis Bohart Museum of Entomology.

Wasbauer, a retired  senior scientist/systematist at the California Department of Food and Agriculture, in a career spanning 34 years, was a global expert on spider wasps and a scientific collaborator with Lynn Kimsey, director of the Bohart Museum and a UC Davis distinguished professor of entomology. He was a member of the Bohart Museum Society and a strong supporter of the museum.

Spider wasps, also known as spider-hunting wasps or pompilid wasps, belong to the family Pompilidae. The worldwide family is comprised of some 5,000 described species in six subfamilies.

“A U-Haul was needed to transport the collection from Brookings to Davis last weekend,” Kimsey said.  “The donation consists of a diversity of aculeate wasps but 95 percent are spider wasps (Pompilidae), an estimated 50,000 specimens from all over the world, in 180 drawers, in 13 24-drawer cabinets,” Kimsey said. “This is material he had been accumulating since the 1960s.”

Wasbauer studied entomology and biosystematics at UC Berkeley, where he received his bachelor's degree and doctorate (1958).  “Like many entomologists of his generations,” Kimsey said, “Marius was an instructor in preventive medicine in the U.S. 7th Army Medical Service at Fort Sam Houston, Texas.” He joined the California Department of Food and Agriculture (CDFA) as a systematist in September 1958.

“He published nearly 50 papers in wasp taxonomy and the biology of a diversity of insects,” Kimsey noted. “His taxonomic research focused on several groups of aculeate wasps, including Pomplidae, nocturnal Tiphiidae and myromosid wasps. Other studies included walnut serpentine leaf miners, tephritid fruit flies, bumble bees and even crane flies.” 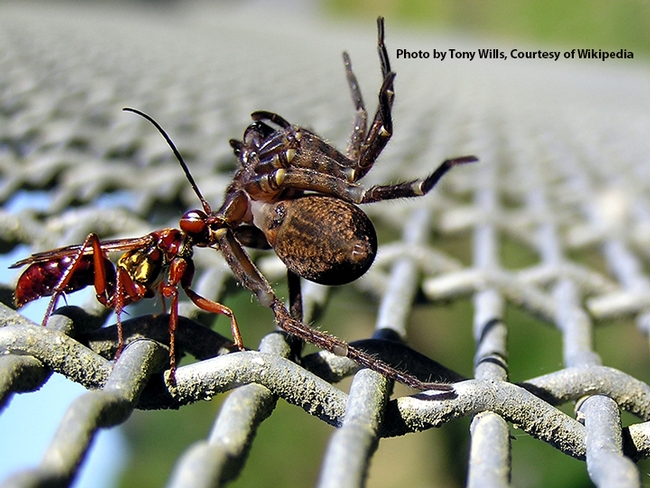 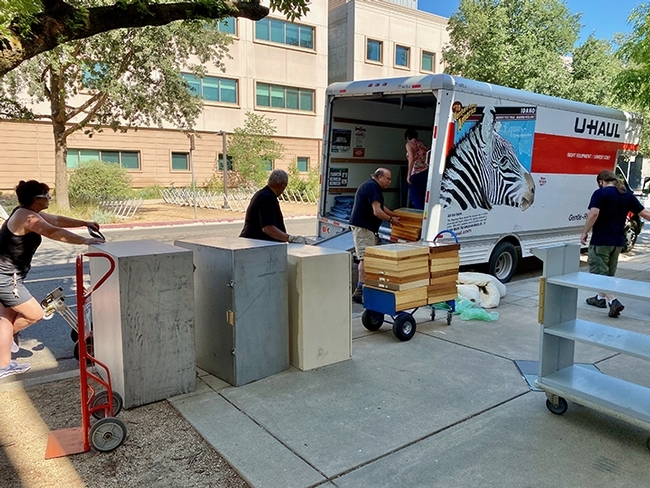 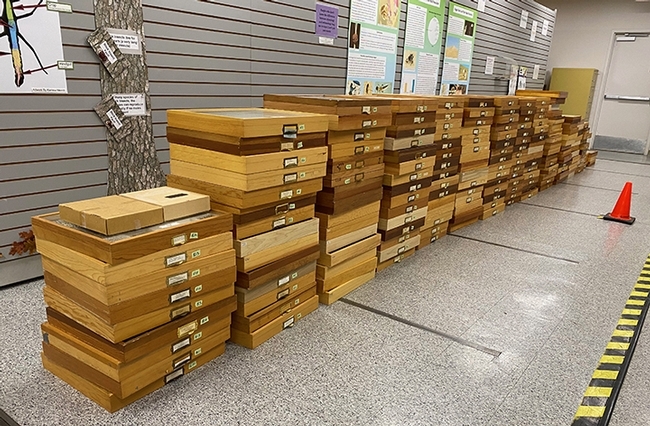