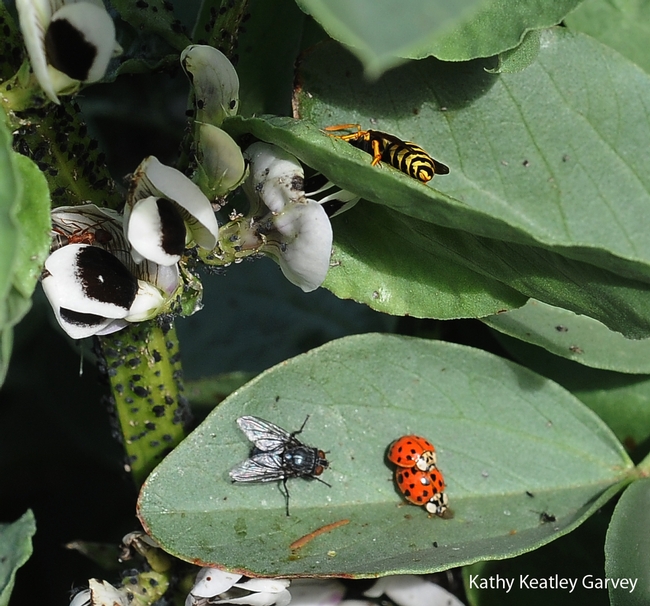 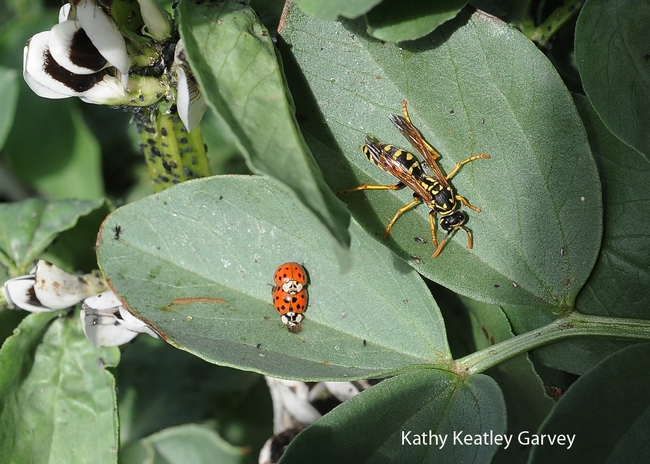 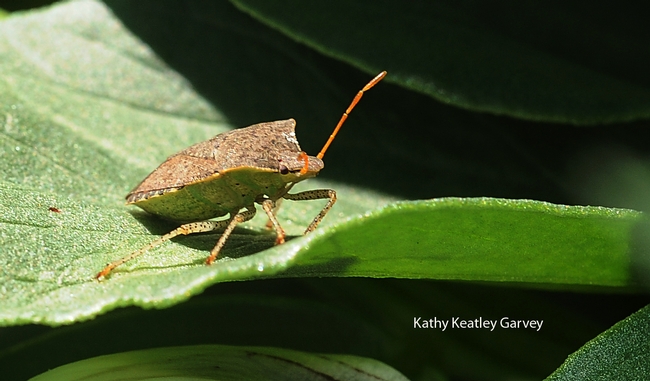 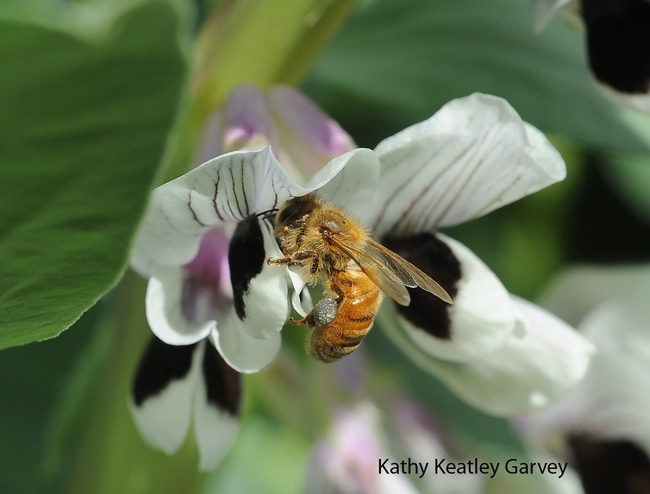 When you see the blow fly (below), what do you think?

Well, that depends on who you are and what you do--or maybe your earliest negative/positive insect recollections.

If you hate flies, particularly blow flies, and you despise their larvae (maggots), your response is probably "Yecch!"

If you're an artist, you might think, "Look at that metallic green sheen and those red eyes!"

If you're into flowers, you might say "Ah, a New Zealand tea tree--Leptospermum scoparium. Fly? What fly? Is there a fly there?"

If you're a beekeeper and see only the Leptospermum scoparium: "Manuka honey!"

If you're a medical doctor and treat wounds: "Maggot therapy!"

And if you've ever visited the UC Davis Department of Entomology displays at Briggs Hall during the annual campuswide Picnic Day, you''re probably thinking "Maggot Art!" and "When's Picnic Day?" (Note: this year's Picnic Day is April 21, and yes, you can create Maggot Art  (take a bow, Rebecca O'Flaherty).

However, if you're an entomologist with a keen interest in insect ecology and insect/plant interactions, the blow fly will bring out the "P" word in you: "Pollinator!"

Honey bees, native bees, butterflies, hummingbirds, bats and the like are all pollinators. But so are flies, including syprhid flies and yes, blow flies. 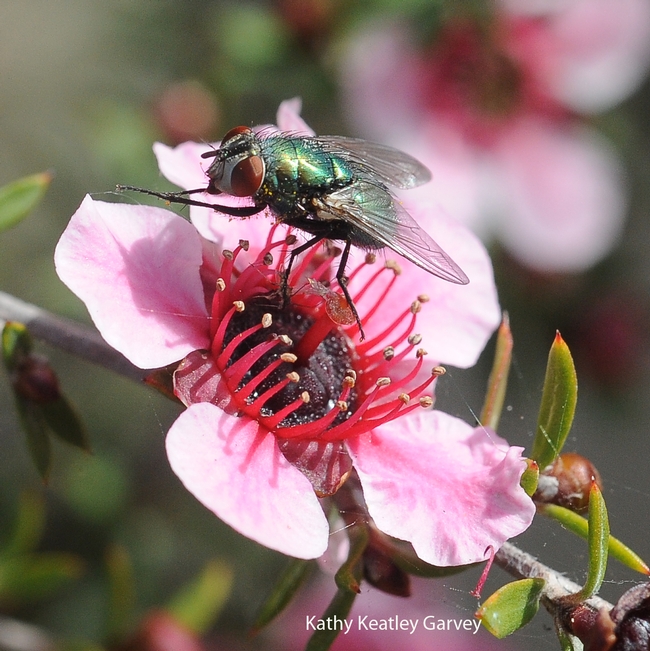 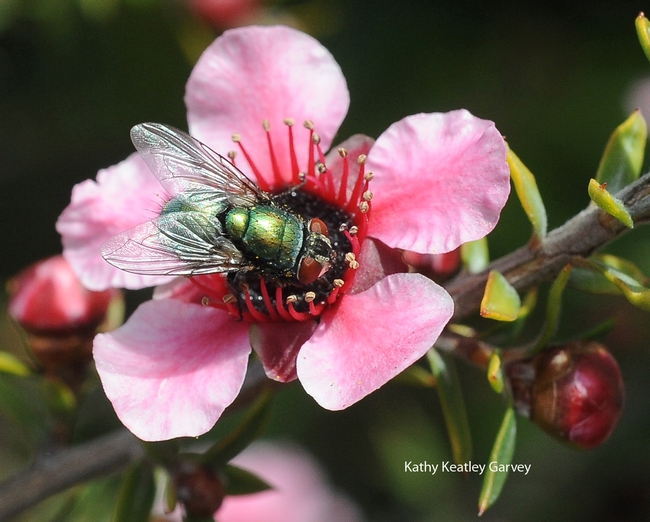 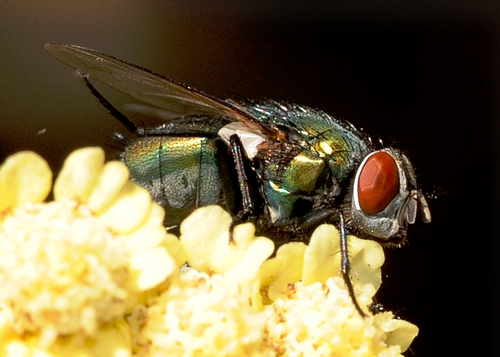 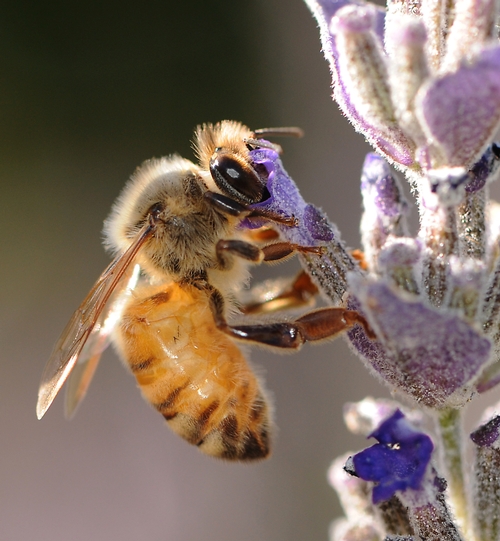 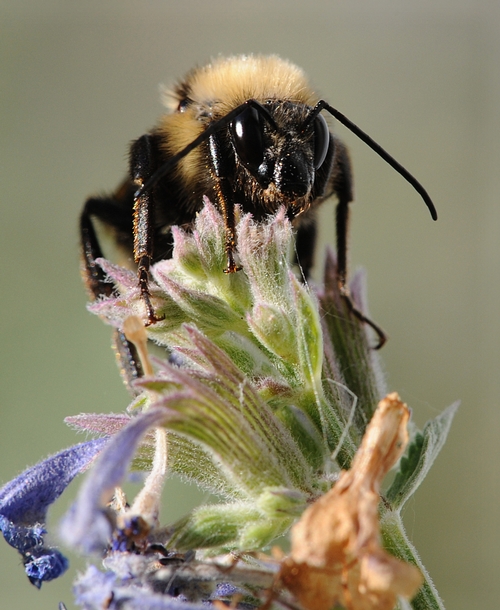 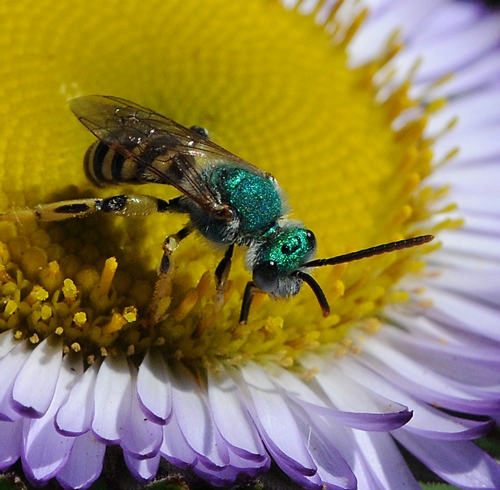 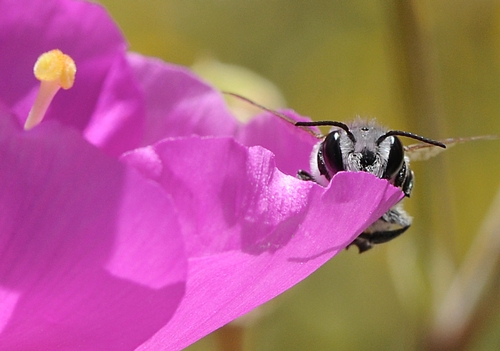 God in His wisdom made the fly
And then forgot to tell us why.
-- Nash, "The Fly"

Every time I see a fly I think of the Ogden Nash poem.

Our bee-friendly garden is attracting a few flies. I captured this one visiting sage and then preserved it for posterity: I posterized it in Photoshop. 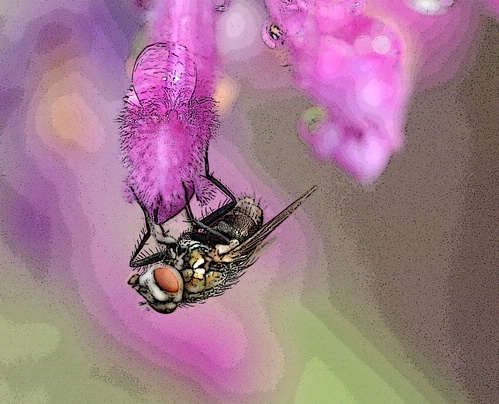