Bug Squad
sitenum=63
Happenings in the insect world
Word of the Day: Nototribic

You wouldn't, either, if you were trying to fly with a backpack on your back.

Except this wasn't a backpack but sticky pollen.

The bumble bee, Bombus melanopygus, was foraging in our Spanish lavender last weekend when we noticed something unusual: a sort of hump on the back, a reddish coloration.

"That mass on the rear of the Bombus melanopygus thorax is a load of pollen," said Robbin Thorp, distinguished emeritus professor of entomology at the University of California, Davis. "A larger lump than most that I have seen before.  Deposited from several visits to some 'nototribic' flower.  Nototribic flowers are those that deposit pollen on the upper side of visitors.  Like salvias with their anthers at the top of the tube."

Biologist Africa Gomez of the UK writes about it in her abugblog: "Some bees...specialize on collecting pollen from flowers with raised anthers, which touch over the bee's head or thorax when bees land on them. These are called nototribic flowers and include species from the Lamiaceae (the mint family) and Scrophulariaceae (the figwort family)."

"Although bee-pollinated plants benefit from bees taking nectar--exchanging nectar for inadvertent pollination- they do not benefit when potential pollinators efficiently gather the pollen for their offspring consumptions instead," Gomez points out in her blog. "Nototribic plants in response to specialised pollen gathering by bees, have flowers that make pollen hard to collect, even when they have plentiful nectar. Only bees equipped with either specialised behaviour or morphological modifications, or both can effectively make use of their pollen."

As for the bumble bee foraging on our Spanish lavender, it eventually bumbled off with that heavy load, taking flight like a weighted Spruce Goose. 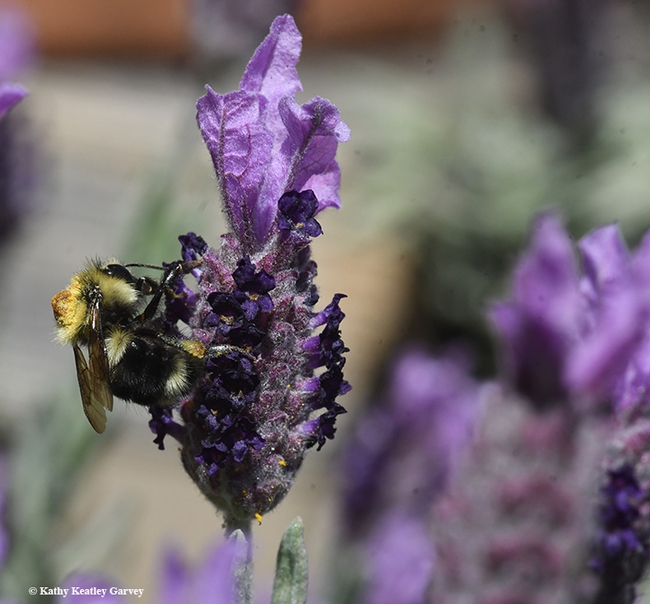 A black-tailed bumble bee, Bombus melanopygus with a thick load of resin on her thorax. She had just visited a nototribic flower. (Photo by Kathy Keatley Garvey) 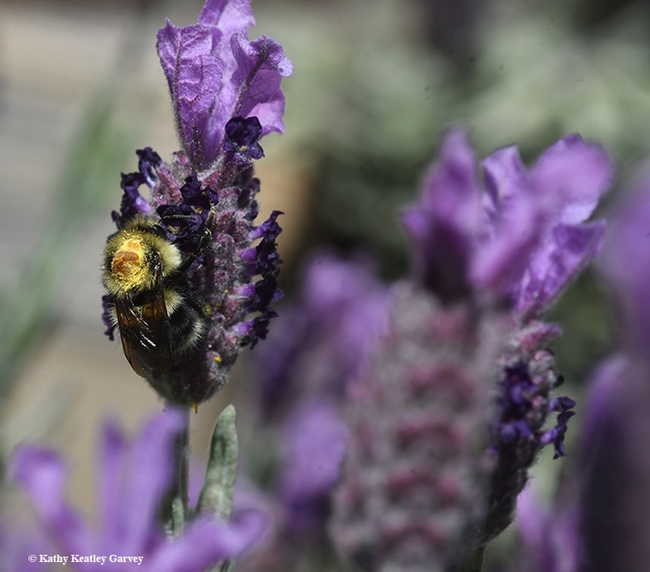 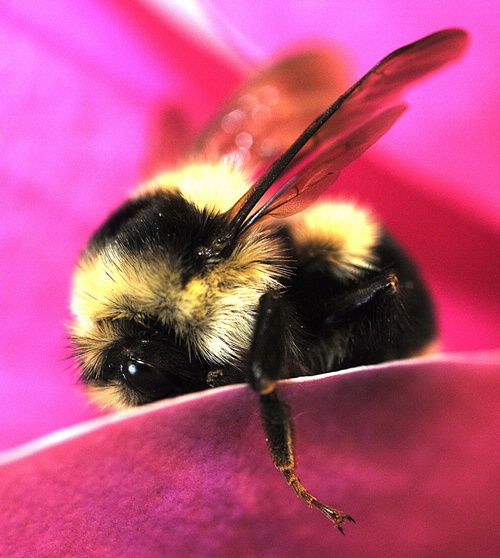 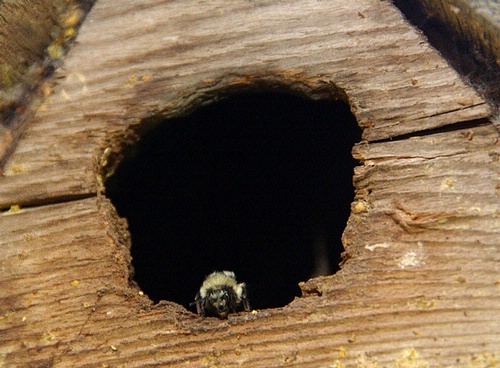